Writers today are bequeathing their hard drives to university libraries rather than paper journals; more and more artists are working digitally. All of which means the era of sifting through a writer or artist’s personals papers to discover the creative process in mid-spark has just about come to an end.

Perhaps that’s why when we find a published collection of a creative’s notebooks, we pounce. And Hayley Campbell’s new coffee table book The Art of Neil Gaiman, is probably the finest example of everything we adore about really digging into the personal jottings of a great mind. 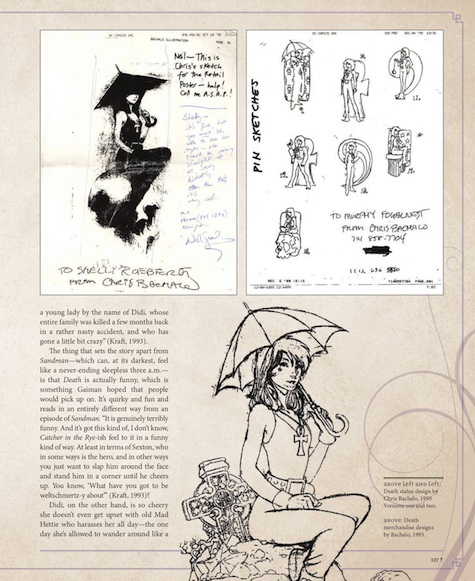 First off, Gaiman is known primarily as the writer of the vastly influential comic book series The Sandman, the children’s book (and subsequent stop-motion film) Coraline, novels such as American Gods, and the TV series Neverwhere. 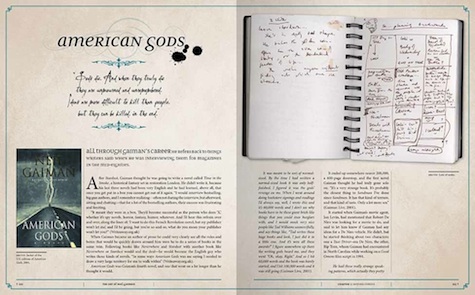 Fortunately for a volume like this, Gaiman is also a very visually-oriented writer when it comes to his note taking. Campbell deftly weaves together Gaiman’s sketches, doodles, hand-drawn comic strips, and dozens and dozens of handwritten notes, into a visual biography. 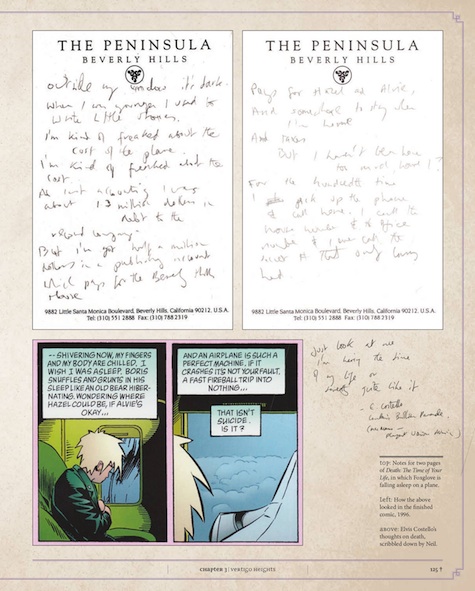 Every page is a revelation, and thanks to her access to Gaiman’s archives we get everything: photos of the writer in his early years, brief ideas for stories scribbled in margins, old faxes, notes hastily taken down on motel stationery during meetings with collaborators such as Alice Cooper.

The “pages from a creative’s notebook” riff has been done many times over the years, but this is the first time we’ve seen it done so well – we are left without a single suggestion for how it could be improved.

As such, it is probably the best argument to date for people to continue exploring their imaginations on paper, and a monument to what we will lose when great artists no longer do so.