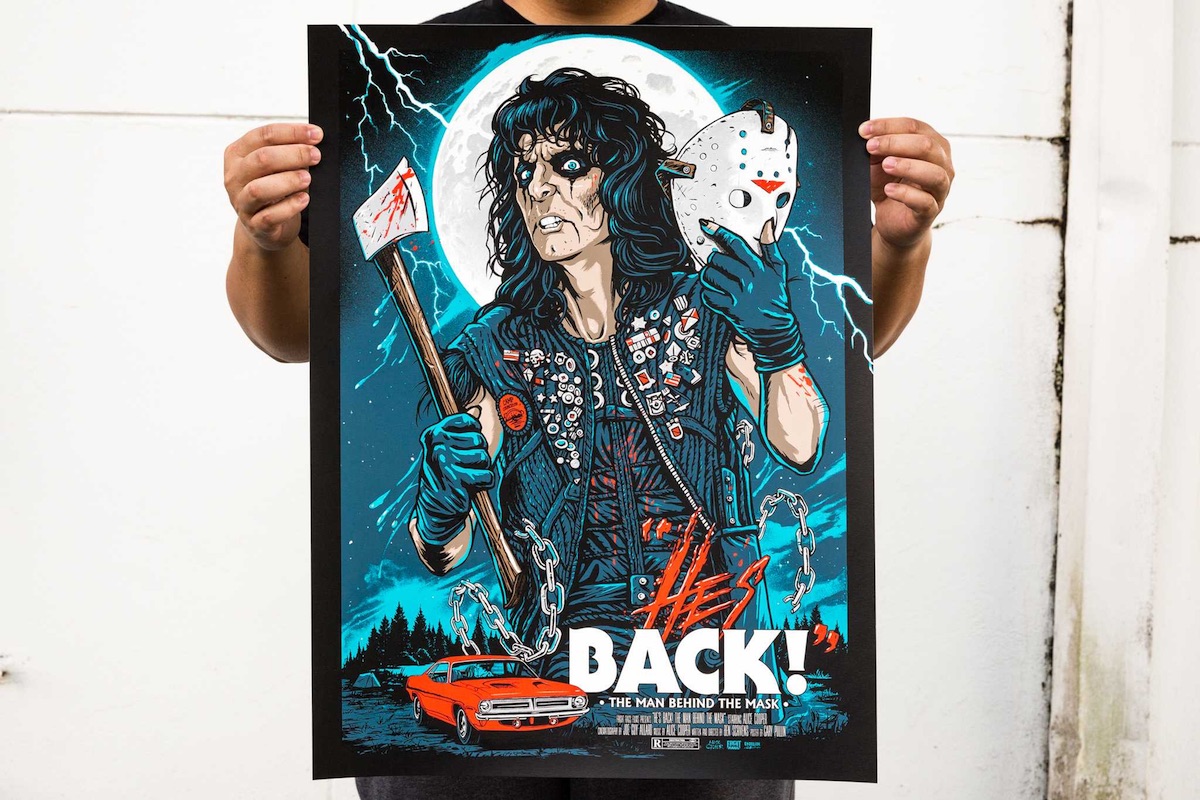 There we were, debating which design project to feature today. “My this hotel identity looks very smart.” “Hmm, this is rather a lot of packaging trouble to go to for a pair of sunglasses…” And then we took one look at this vibrant Alice Cooper screen print by Mama’s Sauce and shouted “Done!” Created by former Rue Morgue magazine art director and cover artist Gary Pullin, this piece embodies everything we love about genre posters today: shockingly vivid colors, keen attention to detail, and frenetic line work that practically leaps off the page. 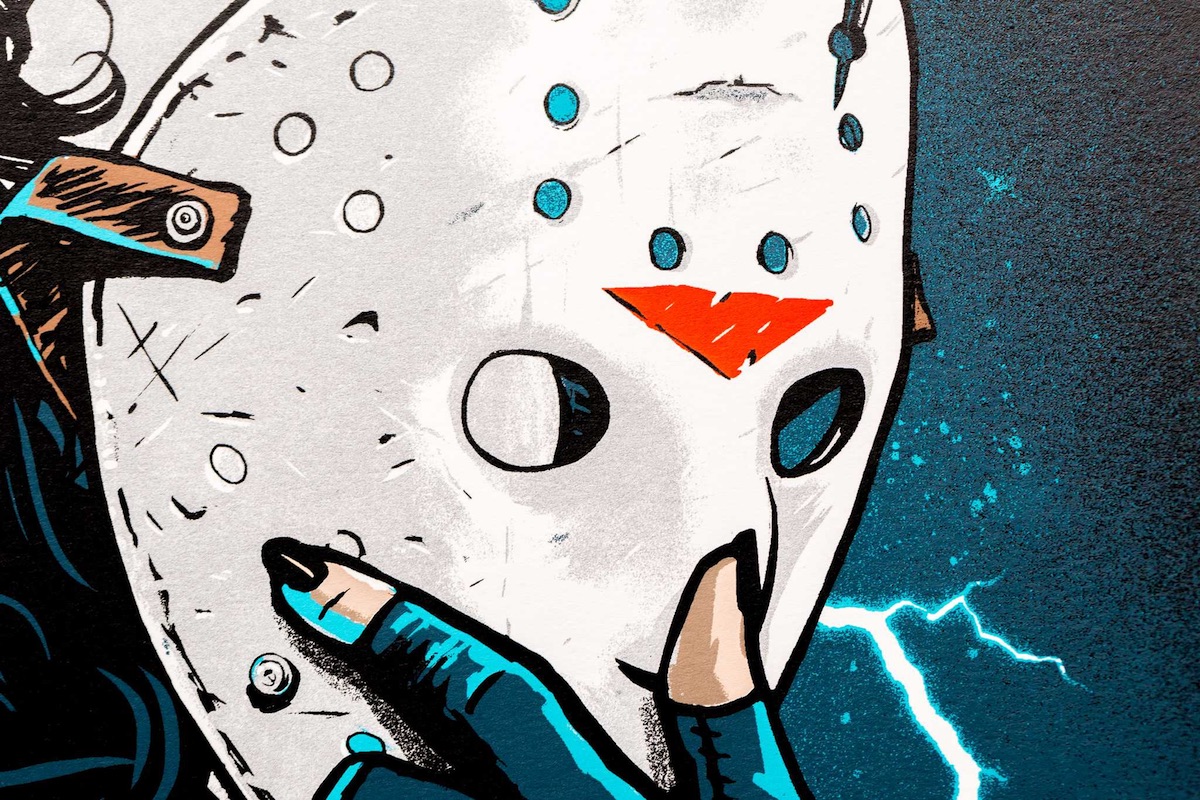 One of the advantages of designing genre screen prints like this is the ability to really push the boat out when it comes to color choice – why use four colors when eight (in this case) will do? Here we have: Black, 7469U (Slightly Darker), 3125U, Warm Red C, 4745U, 7504U, 154U and Metallic Silver. Most of these you’ll find in this small patch around Alice’s eyes alone! 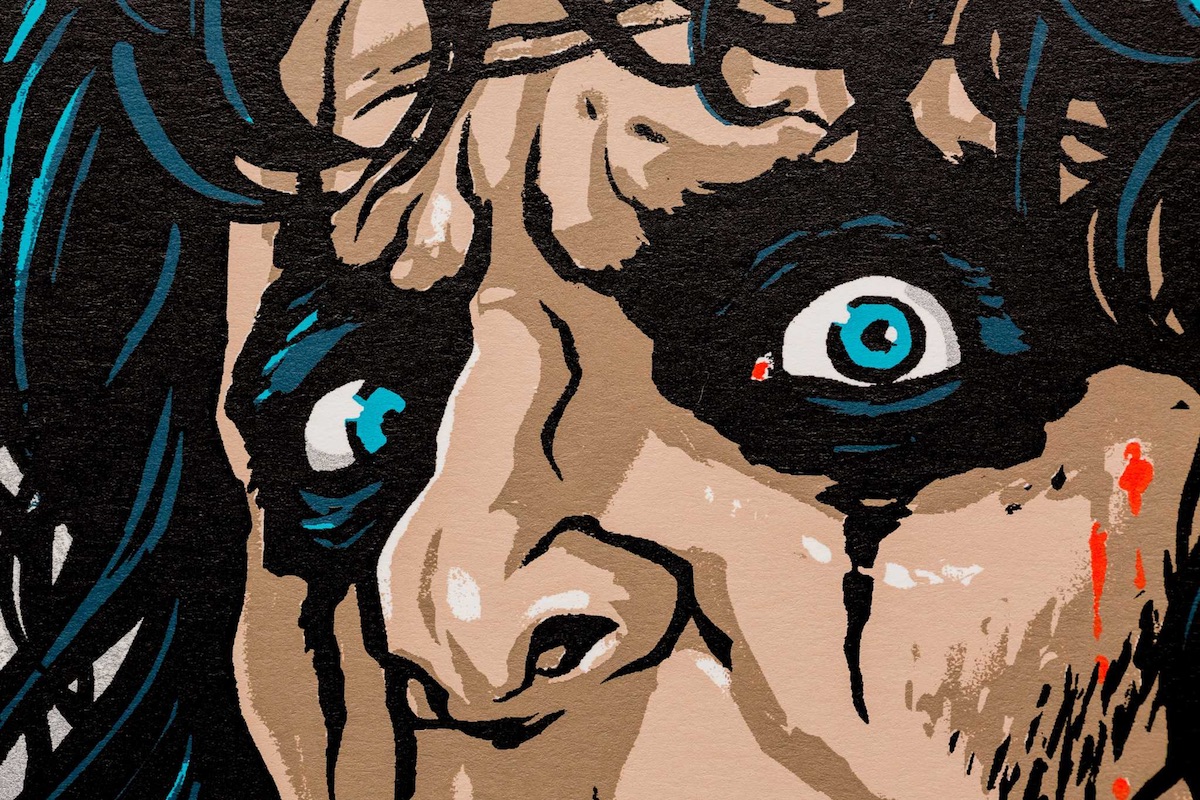 What we particularly love is this print’s marriage of the tiny detail and slap-dash coloring that not only suggests a frenetic state, but also instills in the viewer a further sense of unease, no less because some of that red might just be blood from the ax.

Which really leads to one final crucial detail: the artist’s choice of subject. In just about any other context a bloody ax would consign this print to cult obscurity – respectable designers simply don’t sit around admiring art based (however loosely) on horror films, in this case the “Friday the 13th” flicks that inspired Cooper’s song “He’s Back (The Man Behind the Mask),” from the album “Constrictor.” (Actually the first album this writer ever bought, come to think of it. Bought with “Then & Now..The Best of the Monkeys.” Hoo boy…) Despite a Grand Guignol stage show and macabre lyrics, Alice Cooper has enjoyed a unique place in our culture – a sort of weird uncle with a makeup fixation, perhaps, but nonthreatening enough to appear on “The Muppet Show.”