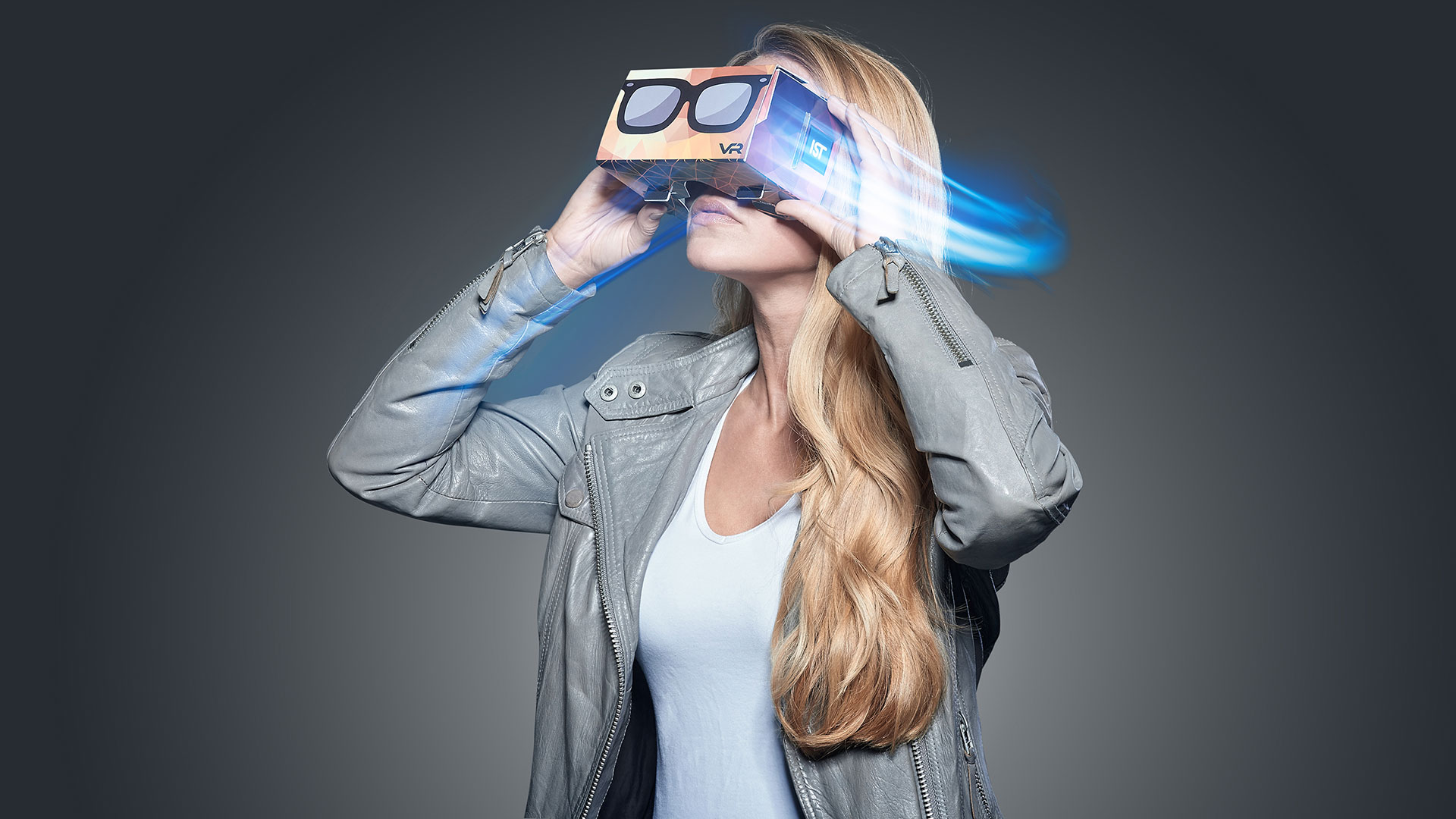 If you’ve had the opportunity to dive headfirst into the astonishing virtual reality worlds offered by Google Cardboard, chances are you’ve had the same twin reactions most people do: the technology itself is jaw-dropping…but the cardboard case is pretty underwhelming.

Rather than being a complicated fancy designer product, the Cardboard package is pretty simple: just a piece of cardboard with lenses you fold into a headset. After that, you place your smartphone in front of the cardboard frame and it becomes a kind of 3D video screen. You control it by turning your head or using a small button on the side of the Cardboard frame.

Seeing the opportunity to bring together Google’s stunning software platform with the high-gloss beauty and sustainability of Invercote G, press giant Heidelberg and German UV-technology company IST Metz approached Iggesund to craft its own Google Cardboard headset, which it unveiled recently at the Drupa print media fair in Düsseldorf, Germany. The Invercote headsets were actually printed right there on the show floor for everyone to see.

“We did advance tests for stability and decided that Invercote was most suitable,” says Andreas Bosse, IST Metz’s head of marketing and communications. “VR glasses are printed on a very thick cardboard. We wanted a high gloss varnishing effect so we chose Invercote G 380 gsm.”

As the headset for Google Cardboard is shipped flat and assembled by the end user, Invercote’s ability to fold without cracking also ensures that however it is customized, the design will always look perfect. 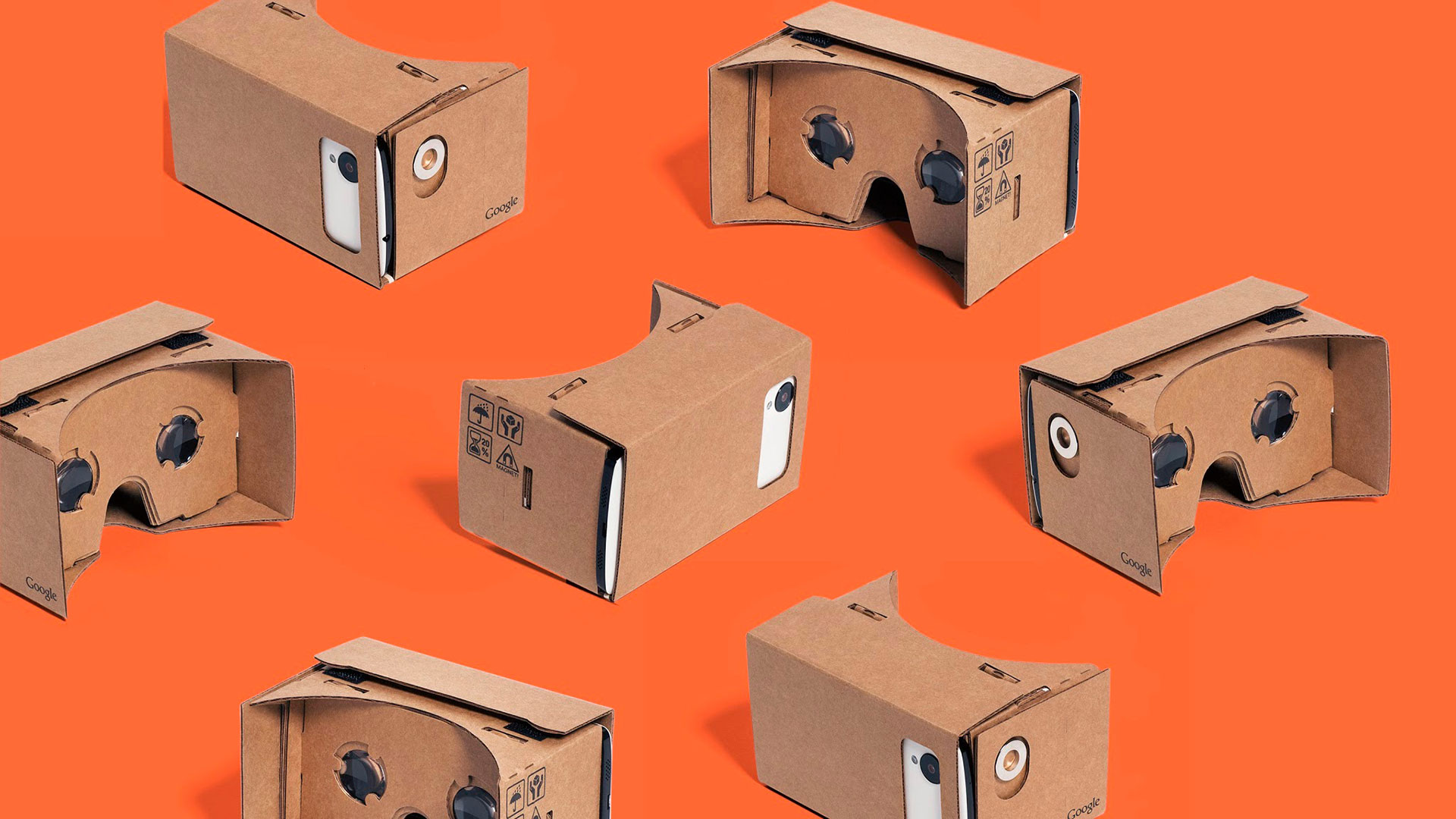 “I was in New Zealand on vacation recently and when I came back I could show my whole family what it felt like being there,” says Graciá Gil. “They could walk around on the same beaches I walked on and even hear the seagulls. The only thing missing was the smell of the ocean.”

In Silicon Valley, business analysts are now predicting that products in the VR ecosystem will generate more than $30 billion in annual revenue.

When asked why, after so many years of optimistic promises from the industry, VR finally seems to be taking off, Graciá Gil says, “It’s about technology finally catching up to what we want to do. VR technology used to be very expensive but now we already have 3D graphics technology on the phones in our pockets. That was unthinkable 20 or even 10 years ago.

Google Cardboard has shipped more than 5 million units since it launched. There’s also a Cardboard app, which is the software you need to have on your smartphone to be able to use the headset. Three quick facts tell you all you need to know about the trajectory of Cardboard: 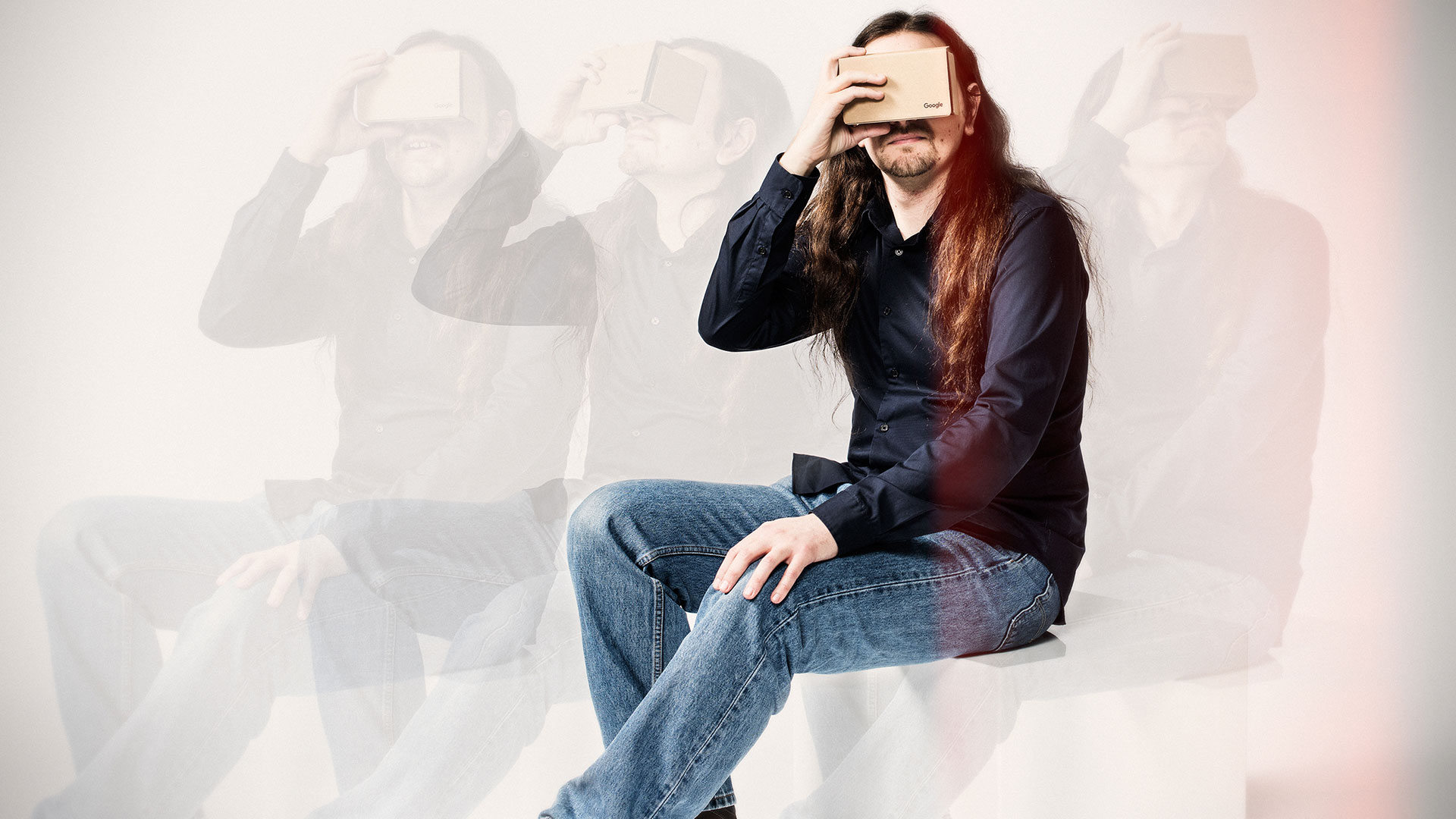 Taking Google Cardboard for a Spin
In a conference room with big windows facing the spring landscape of Silicon Valley, Graciá Gil hands Gelin a Google Cardboard headset to demonstrate some of its fascinating features.

“I start taking a trip around the world,” says Gelin. “By simply moving my head around and touching the clever little button on the left of the Cardboard, I am able to zoom out from Mountain View, Calif. and fly across the planet, dipping down wherever I feel like it: Mauritius, Stockholm or Istanbul. I can travel the streets, the beaches, or the country roads of Texas, and it actually feels pretty close to the real thing.”

After Gelin removes the headset, Graciá Gil gives him a smile and says, “You know, you did the same thing that every person I have ever showed this to does. You had your mouth open the entire time!”

With the looming success of virtual reality, many of the leading minds in Silicon Valley are predicting a transformation of the tech industry as we know it. Mark Zuckerberg, for example, believes that VR posts will eventually overtake videos and photos as the most common media shared on the Facebook News Feed. Gelin asks Graciá Gil to envision where this technology will go in the future.

“There is so much we can’t even imagine yet,” he replies. “Our motto is that we always try to under promise and over deliver, so that people will keep using Cardboard with their mouths open, just like you did.”

Eager to experience the amazing virtual reality world of Google Cardboard for yourself? Enter to win one of 200 Invercote VR headsets right now! Hurry, offer ends July 14th! SORRY THIS OFFER HAS EXPIRED.