The 2015 theme of TPC ROSE’s annual gala was “Fire & Ice,” giving GLS/Next Precision Marketing the inspiration they needed for a unique interactive invitation. Their aim was to create a printed piece with unfolding layers of information in the hopes that it would engage the 1,100 recipients and prompt them to show the invitation to others. 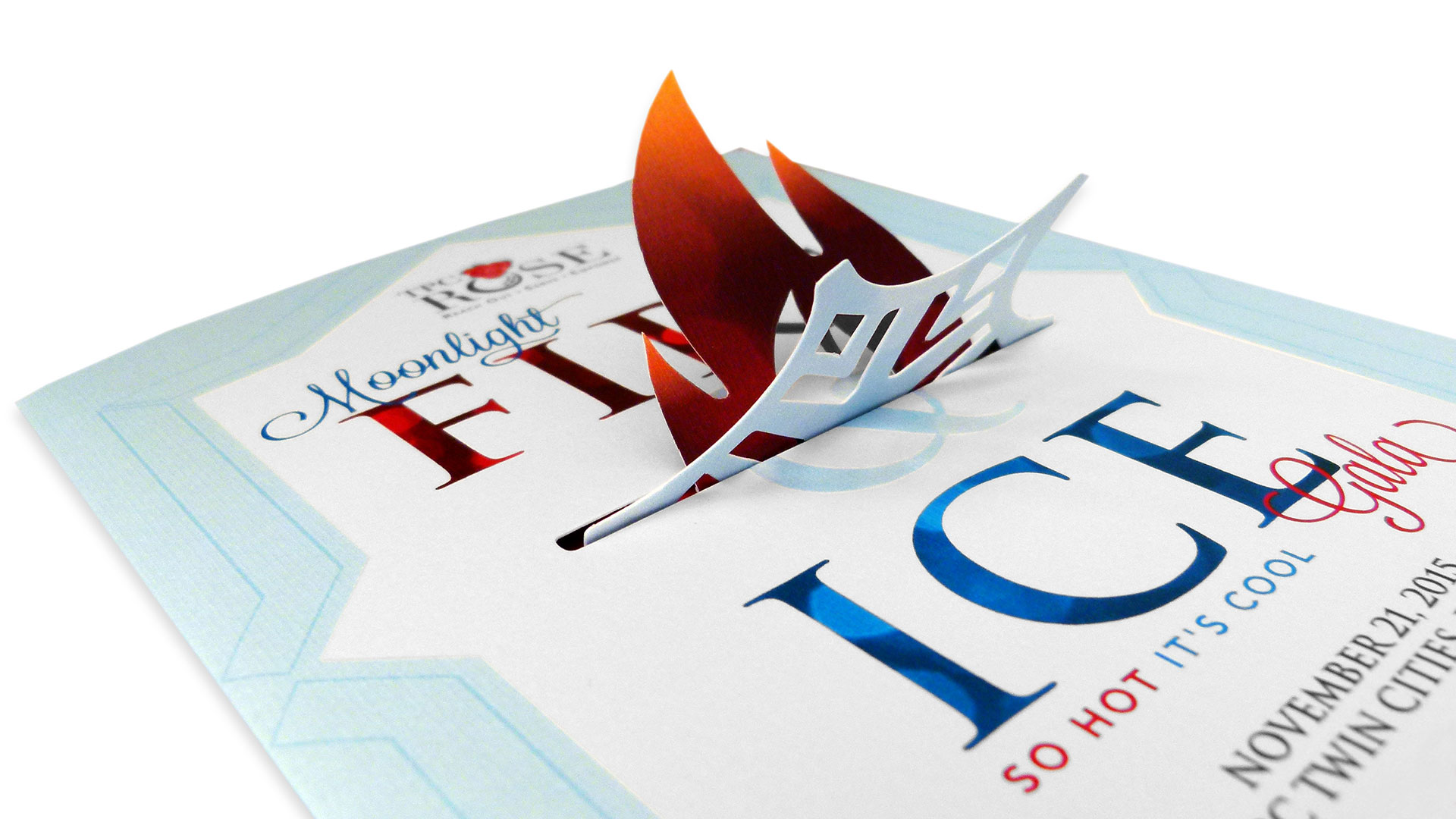 As a band of female members of Minneapolis’ TPC Twin Cities private golf club dedicated to increasing support for local charities, TPC Rose depends on its annual gala to drum up much needed funds, making its invitations particularly vital. 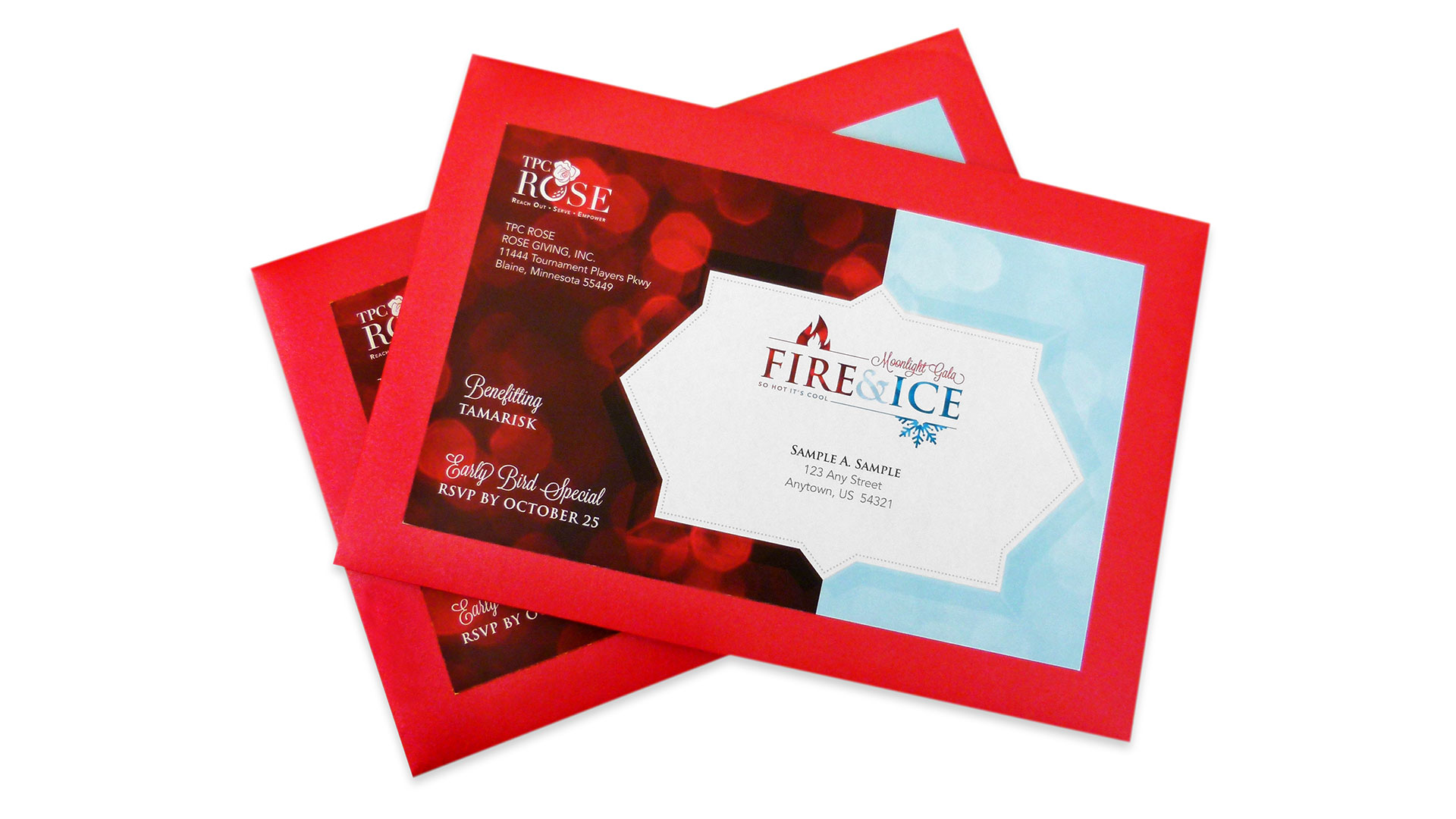 The “Fire & Ice” invitation arrived in a sparkling Neenah Stardream Jupiter Red Envelope with a label that showed off the flame and icicle icons for this theme as soon as it touched the recipient’s hands. Inside, a two-sided design included all the gala details. The invitation cover features a die-cut slit through which juxtaposed flame and icicle die cuts were pulled through, creating extra interest but also holding the card snugly closed. The card itself was die cut in an iron cross shape that allowed GLS to capture all the information without additional inserts.

The piece was scored in several places to allow for folding without creasing or tearing. The 4-color invitation was printed using an HP Indigo 10000 on 98 lb. Aspire Petallic Beargrass Cover. 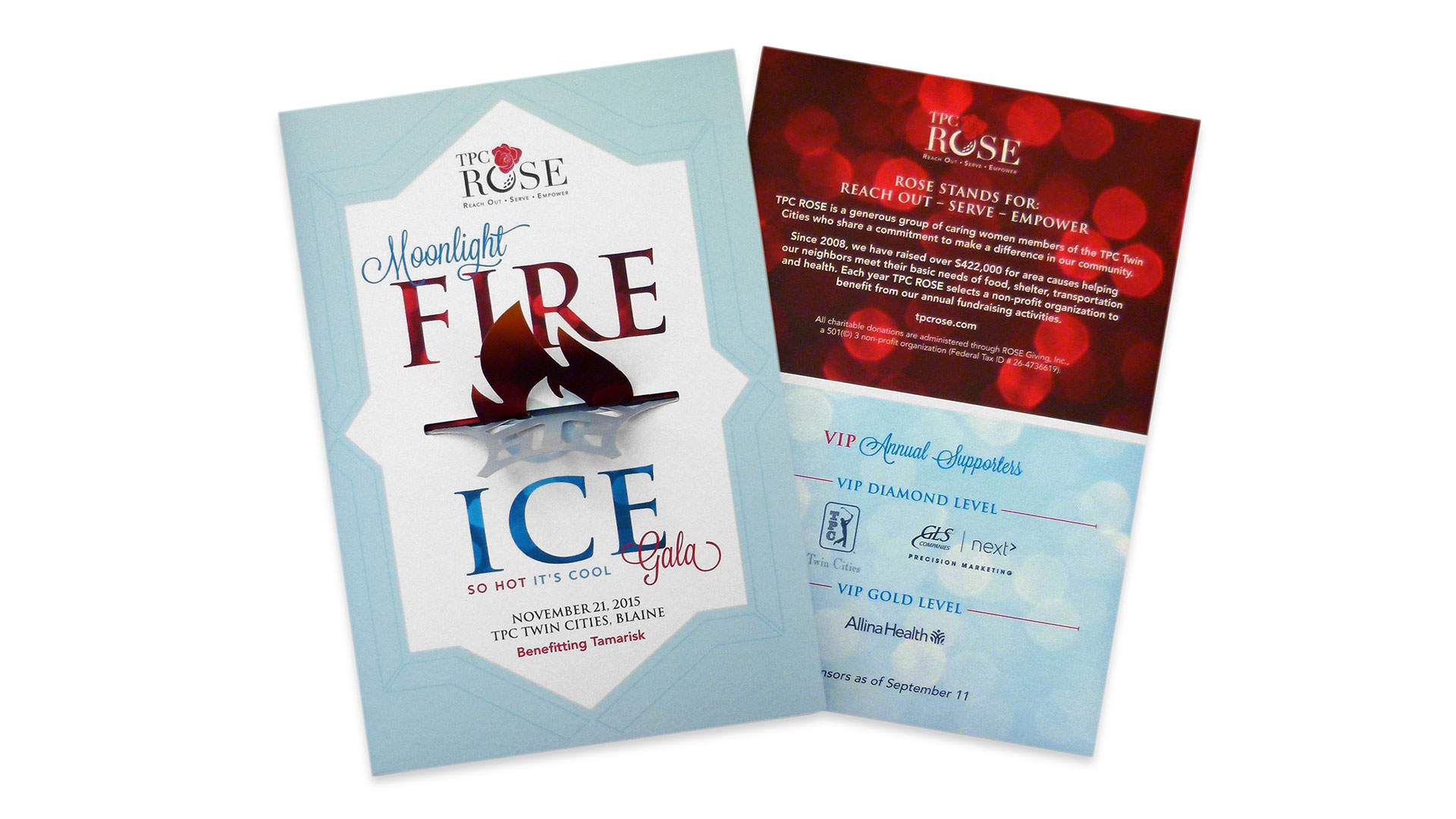 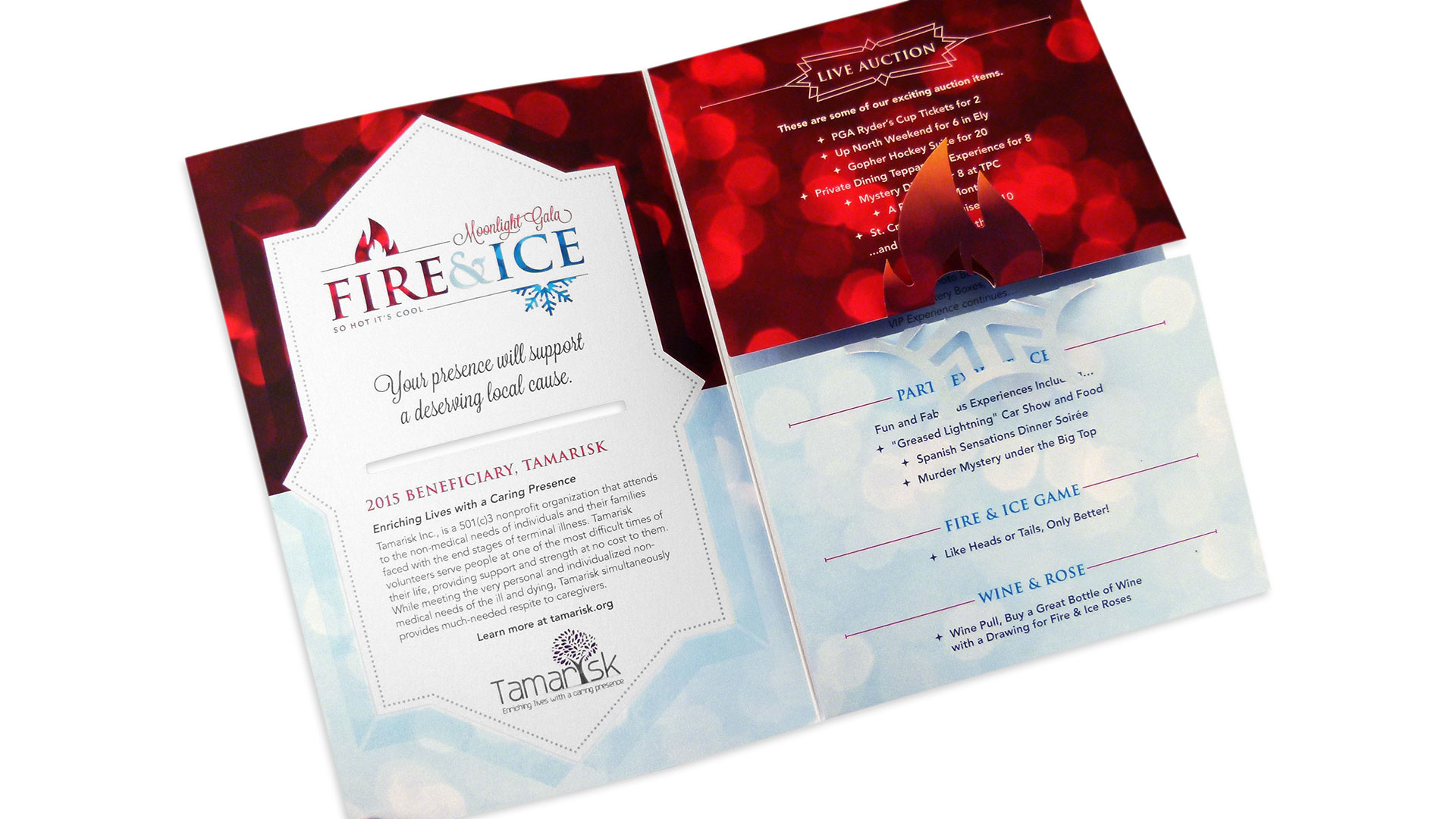 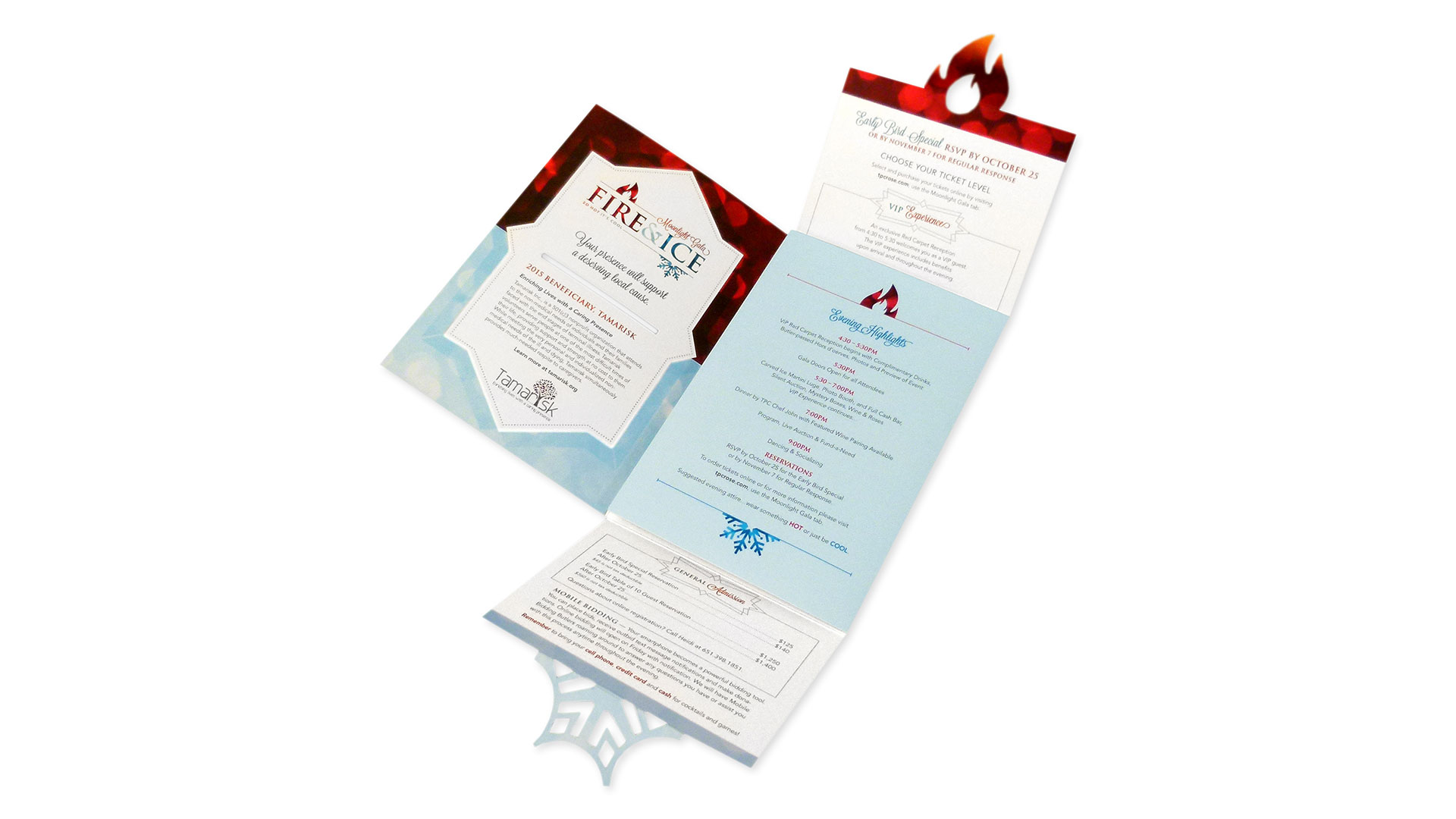 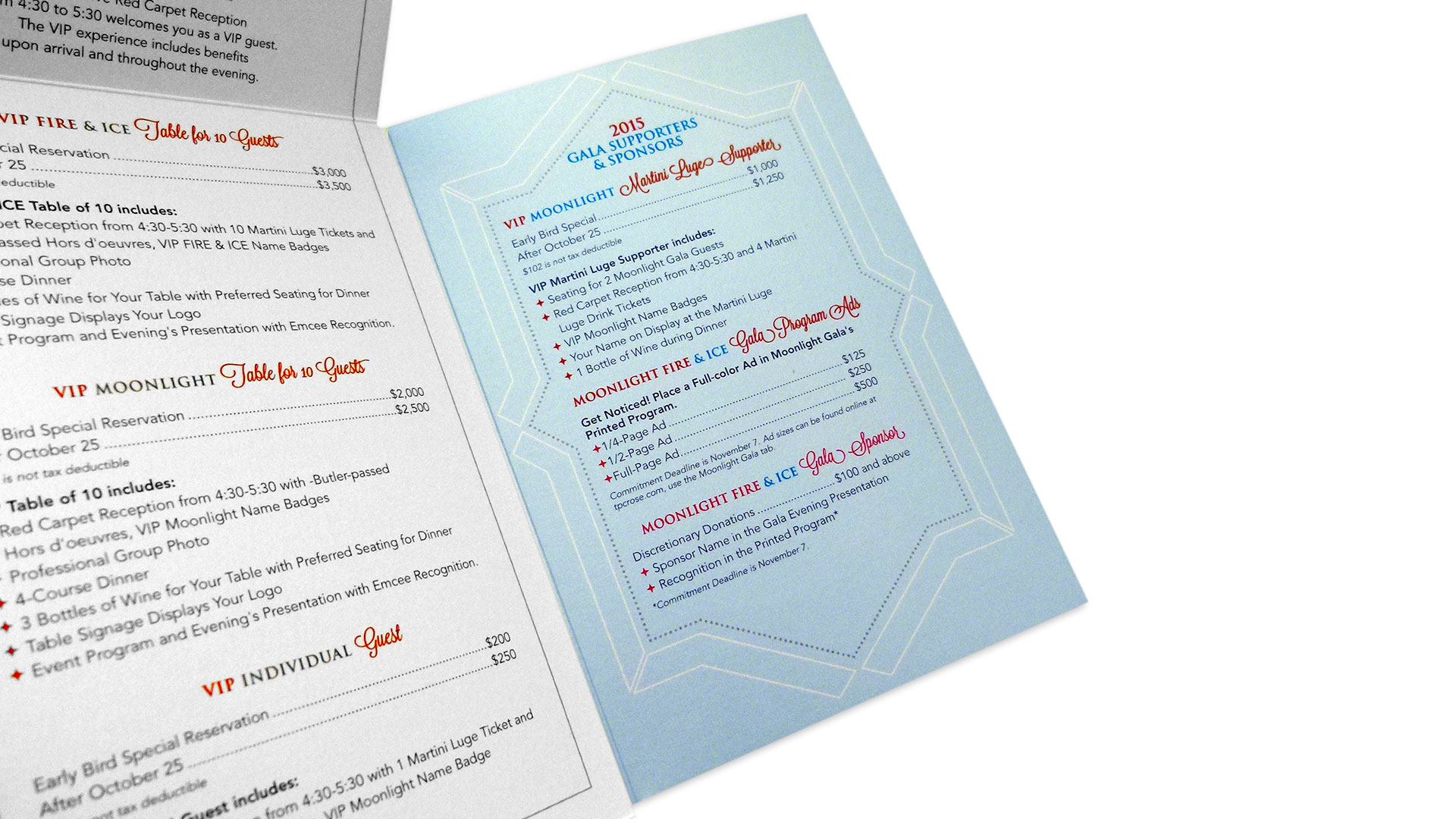