The digital world has made it easy to raise awareness for any cause you feel passionate about, yet the sheer number of appeals online makes it unlikely that people will remember any of them. To cut through this digital clutter, Vancouver ad agency and design collective One Twenty Three West developed unique branding for a limited-edition beer that fostered a tactile connection between the public and the endangered killer whales (aka “orcas”) off the shores of British Columbia, raising more than C$20,000 for the cause in the process.

The Vancouver Island Brewing “Pod Pack” – a clever nod to the term for family groups of whales – contained a mix of four different beers, each named after a particular orca among the endangered southern resident killer whales: Mystic, Deadhead, Ocean Sun and Rainshadow. 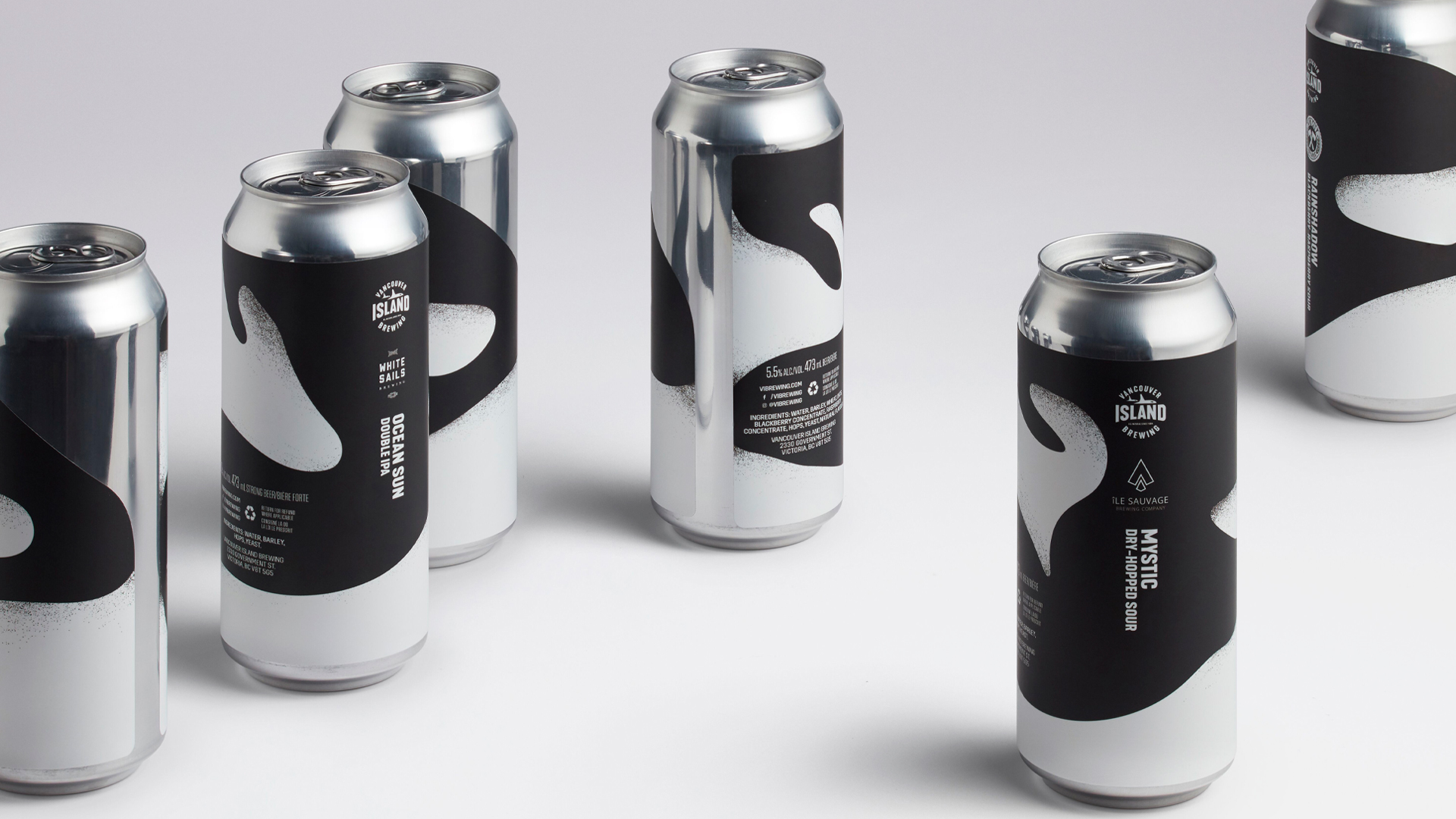 The unique eye- and saddle-patch markings of each creature were reproduced on the label of the beer named after them. Westkey Graphics of Burnaby, B.C. produced them on a flexographic press, later treating each with a soft-touch laminate coating that not only gave them a more intriguing look, but also mimicked the rubbery feel of the mammals’ skin.

“By naming each brew after a specific orca and wrapping the cans with their actual markings, we were able to make the packaging a true representation of our resident killers whales,” explains Eric Seymour, associate creative director for One Twenty Three West.

But how do you design a package to hold such distinctive looking 16 oz. cans?

After multiple mock-ups and tests, Great Little Box Co. in Richmond, B.C. came up with a real attention grabber: a box that not only featured the orcas’ black and white patterns, but also a die-cut black dorsal fin on the top! It also boasted a finish similar to the one on the labels, completing the product’s unique tactile experience. 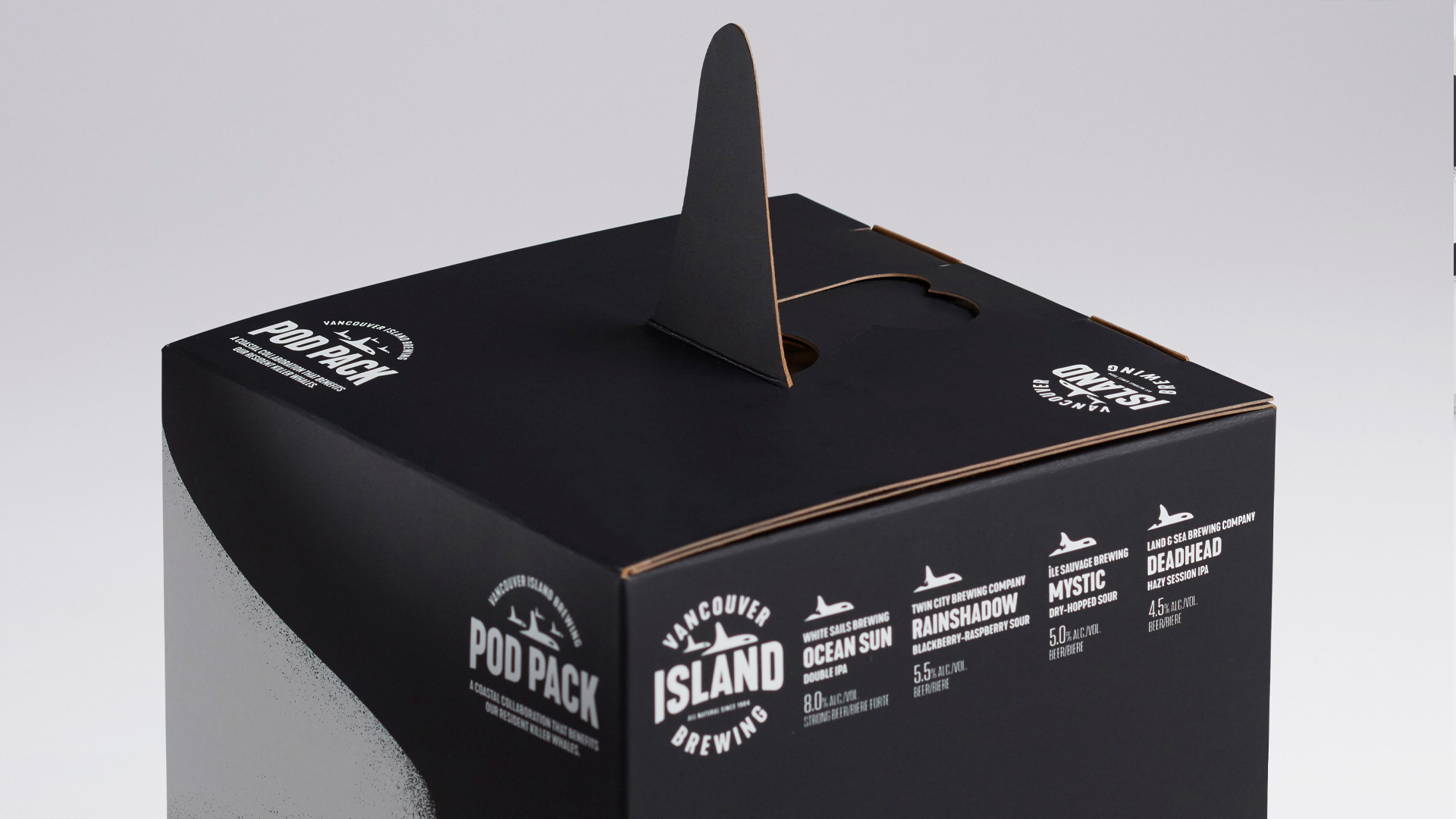 The Pod Pack was a huge success; one dollar from the sale of each box was donated to the Pacific Salmon Foundation, a non-profit that works to protect the habitat of the salmon, the orcas’ natural food source. Initially aiming to raise C$20,000, the organizers ended up doubling their production run to meet consumer demand! 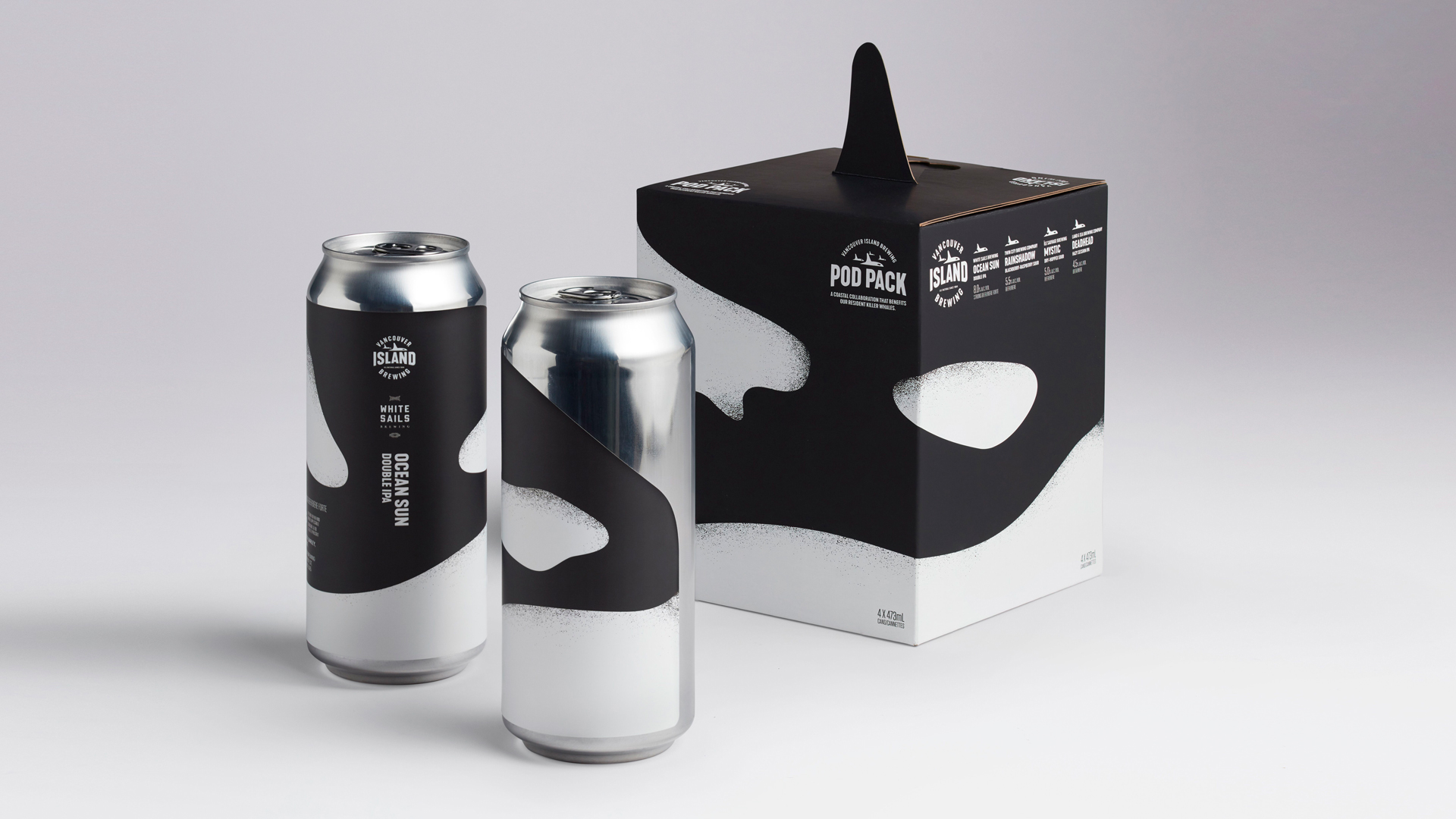