Our industry is blessed with a number of extremely talented designers. But when it comes to honest to goodness design “rock stars” (with all the trash-your-hotel-room, follow-your-weirdest-obsession swagger that phrase implies), you’re squarely in Sagmeister & Walsh territory. So when the nonprofit Society of Design wanted to approach them to be guest speakers at their conference, they “felt the need to do something unexpected,” admits Craig Welsh, principal/creative director of design firm Go Welsh and co-founder of the Society. 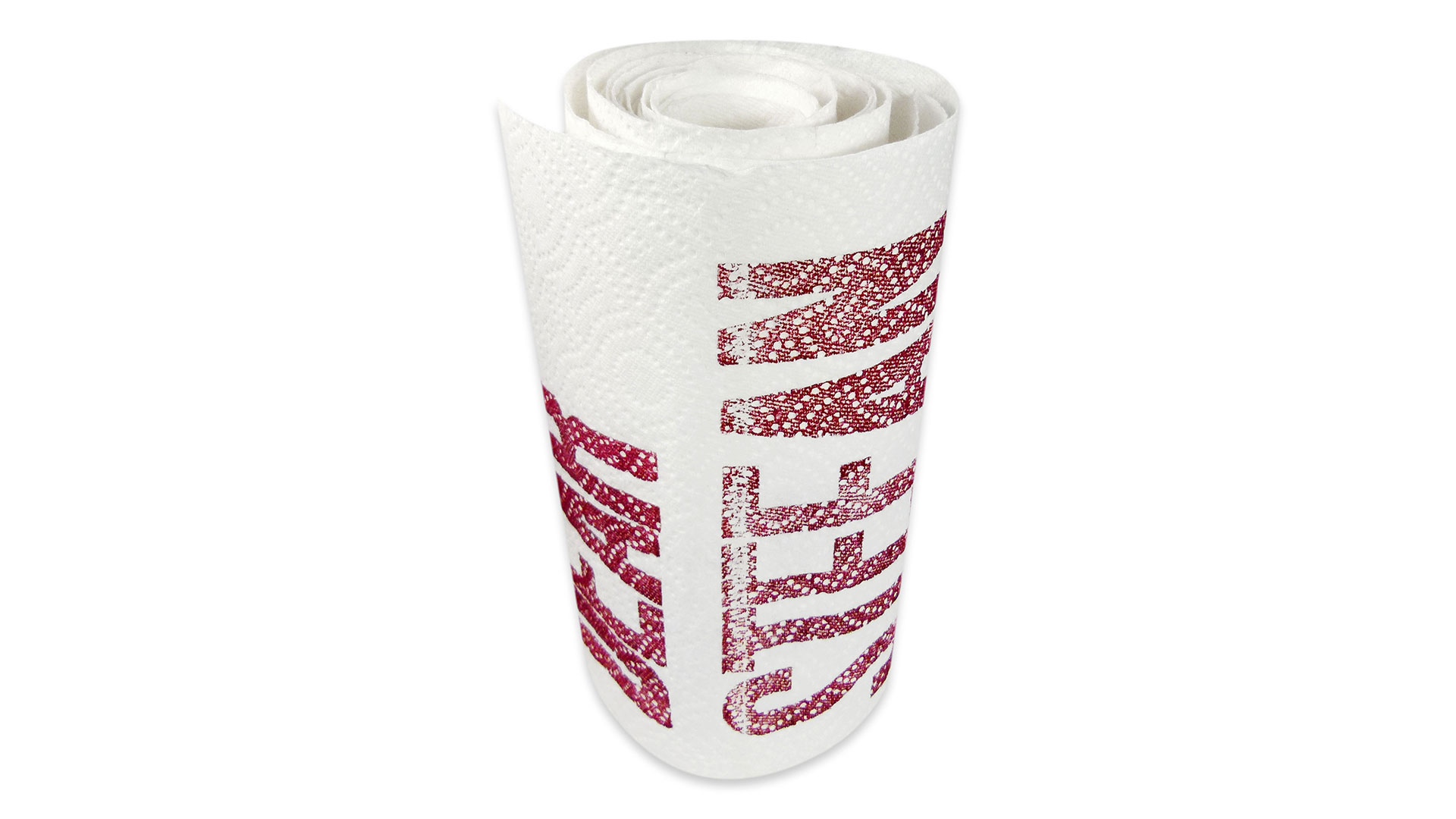 Known as design risk takers themselves, Craig figured the pair would appreciate an unconventional approach, so he sent them an invitation they could not ignore…letterpress printed on 14 feet of paper towels.

More accurately, the message was printed with hand-applied pressure using wood type on the floor of the print shop, says Craig. “It feels appropriately positioned as something sent to Sagmeister & Walsh.” As for the print itself, “the dimpling of the printing against the patterning of the paper towels” made for a particularly arresting effect. 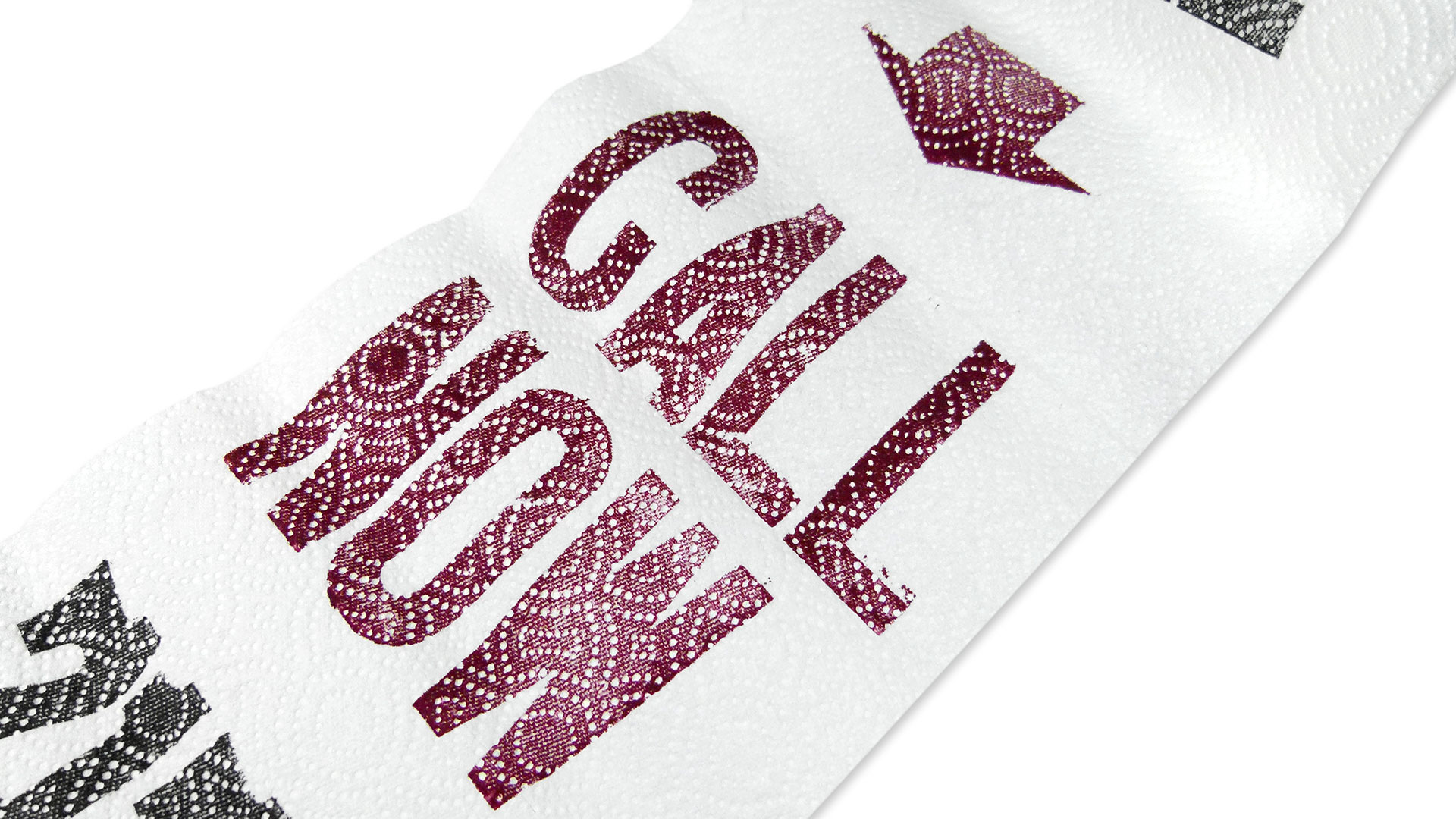 “Once the printing was completed the paper towels returned to their original state as a roll…and were shipped in a box,” Craig explains. “However, we were having LOTS of trouble with the ink drying (we used rubber-based ink) and, rather than waiting days for it to dry, we moved forward anyway.

“So when we packed the roll of paper towels in the box we also included two pairs of yellow rubber gloves and a warning note to wear the gloves before handling the contents of the box.” This detail wasn’t only a practical one, the designer contends, but also “the gloves and note made the shipment more interesting.”

As you would expect of a design duo famous for mailing nude postcards of themselves to announce their partnership, Sagmeister & Walsh showed themselves admirers of this unusual gesture. At least the former did; Stefan Sagmeister spoke to a sold-out, 350+ crowd at the Society of Design’s event that year. 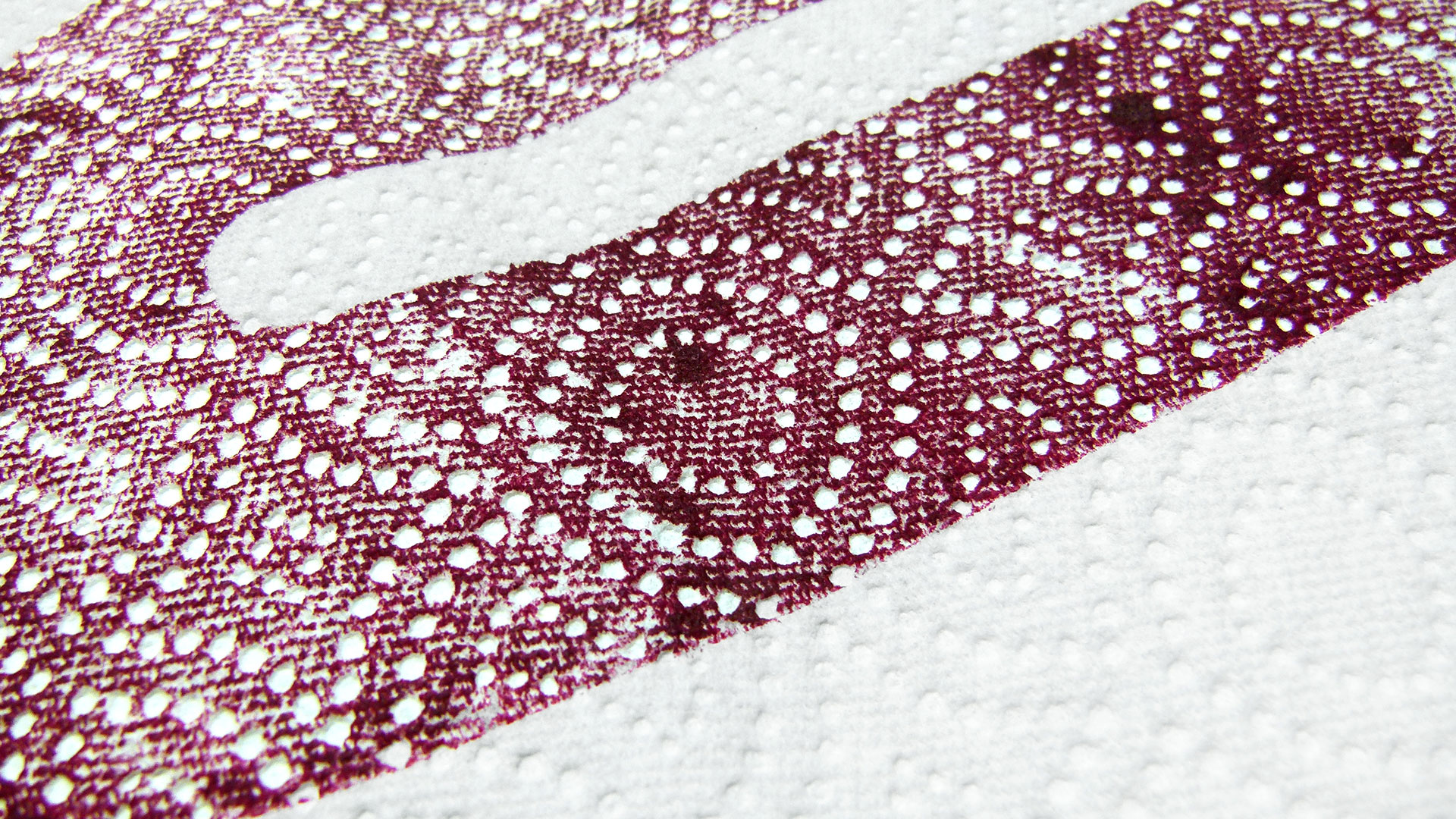 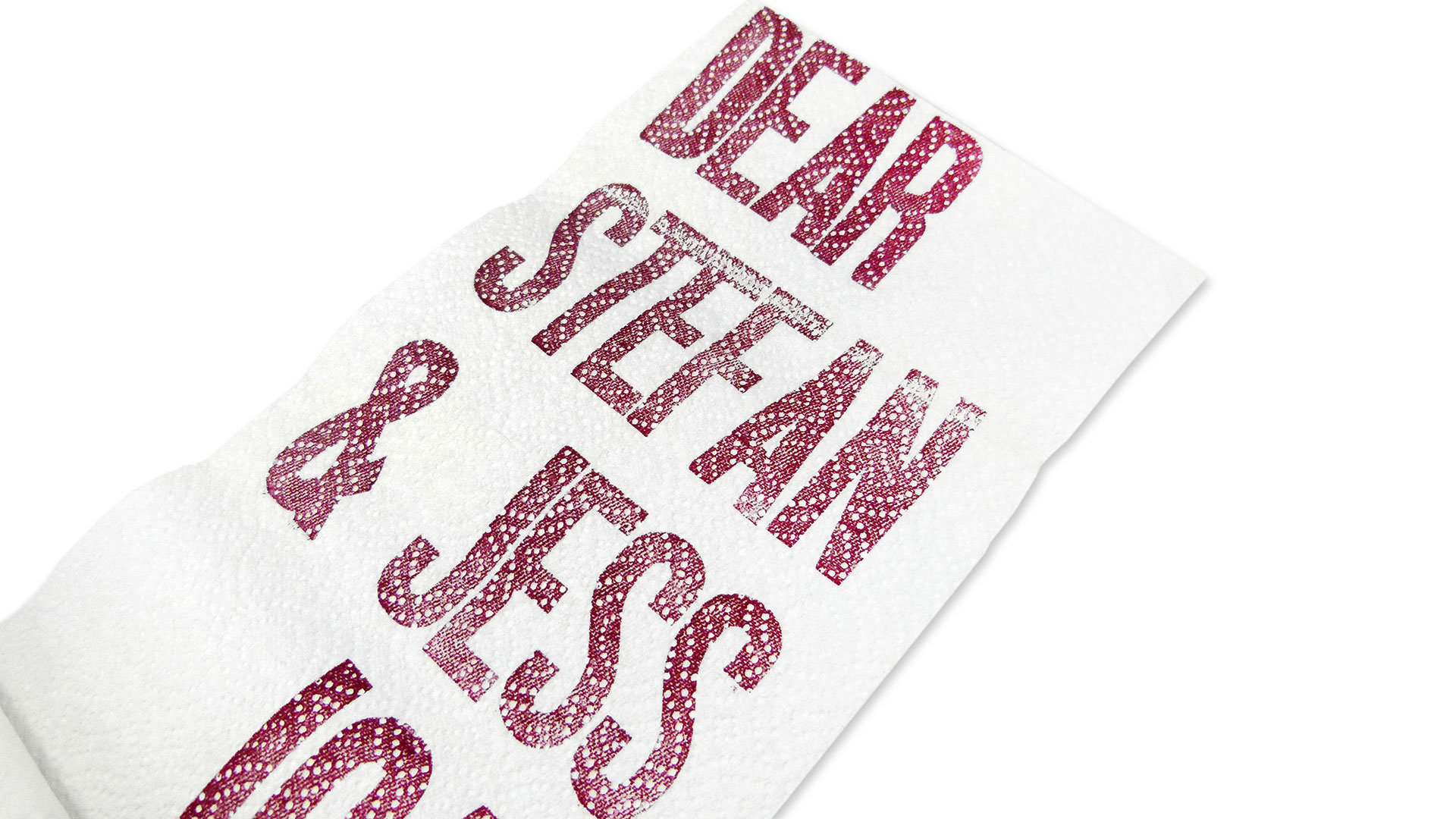 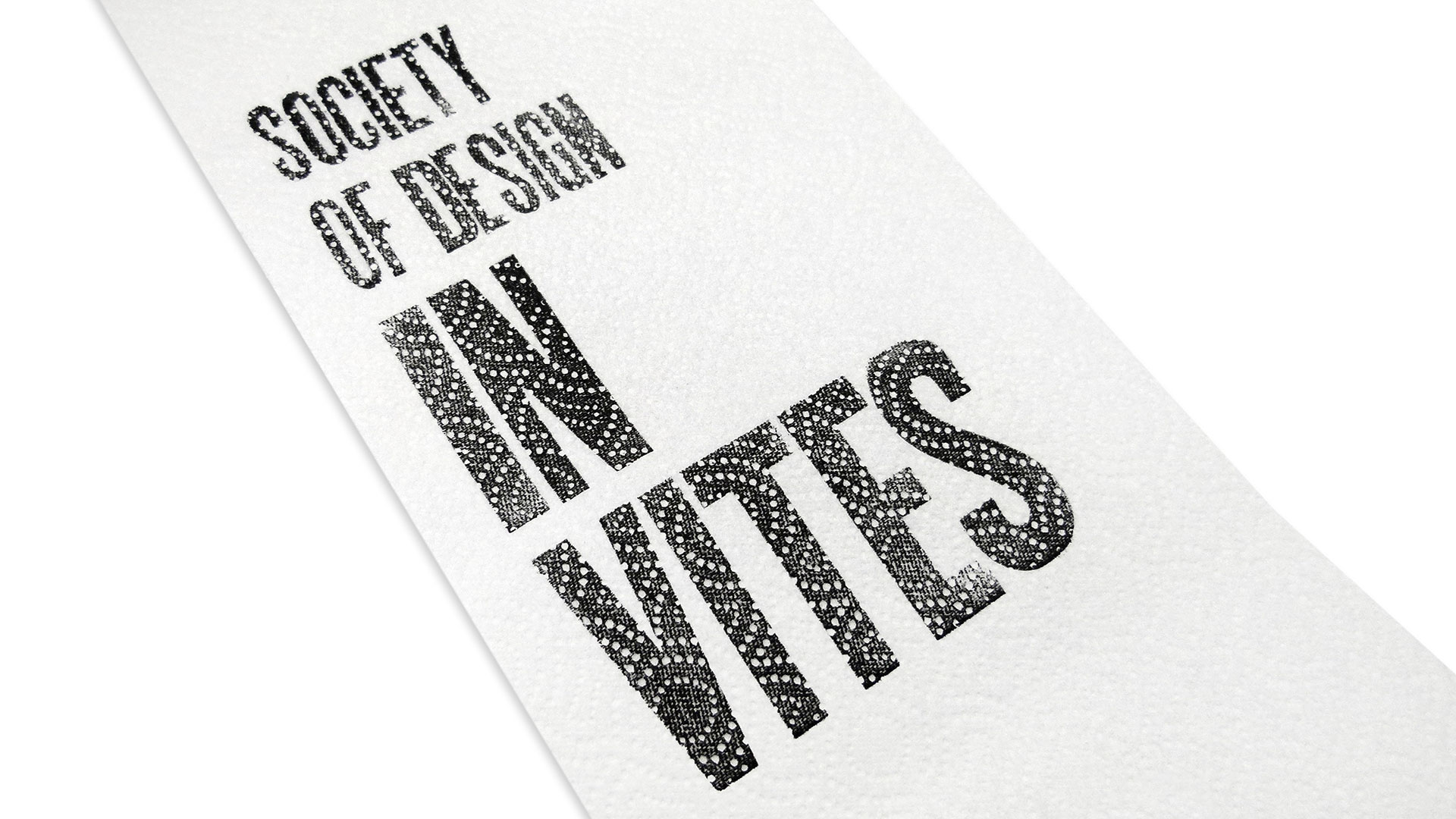 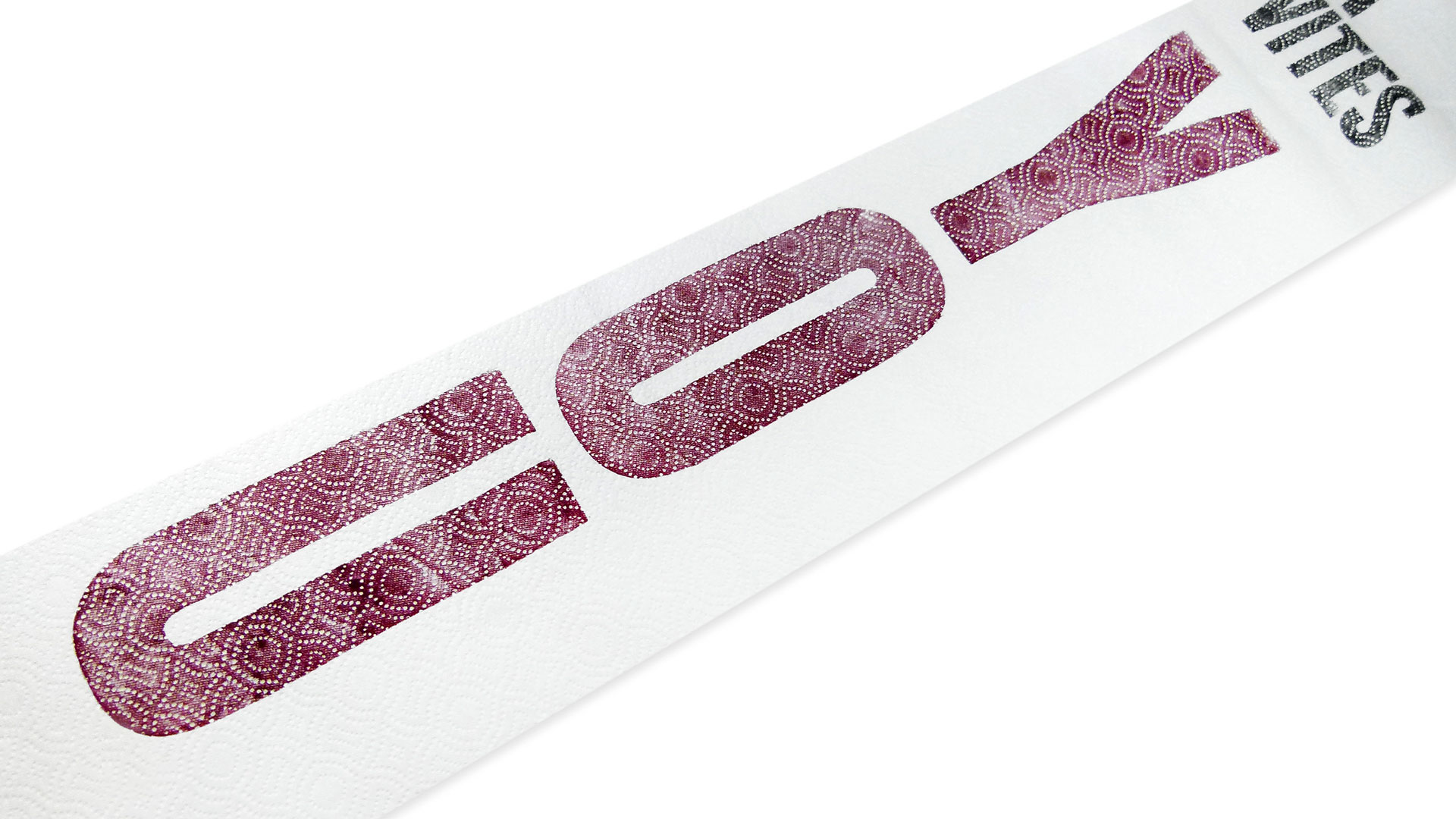