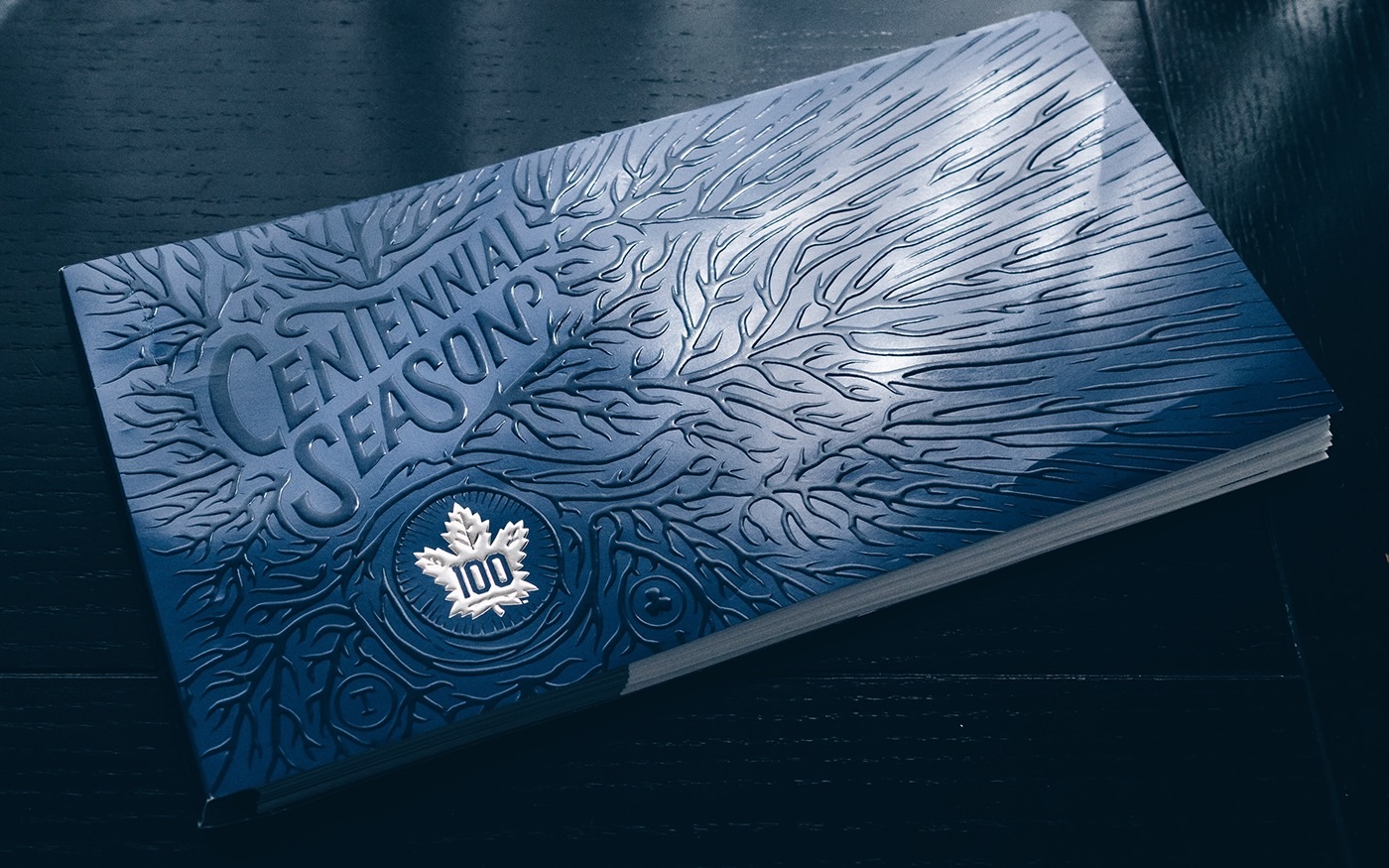 If you’re thinking of moving to Canada, here’s a tip: learn to adore hockey. Don’t know a thing about the game beyond its violent reputation? Not a problem. Let’s approach it as we do many things – through design! This 2017 Centennial Season Ticket Package for the Toronto Maple Leafs is an excellent “gateway drug” to Canada’s national pastime.

Let’s start with that moody, in your face emboss that somehow seems to transform the humble maple leaf into a Tim Burton-esque thicket. The more traditional maple leaf rendering shines as a lone beacon in this otherwise midnight vision thanks to a bit of foil – the “100” honoring the fact that the 2016-2017 season (Oct. 12 – April 9th) marks the National Hockey League’s centenary. 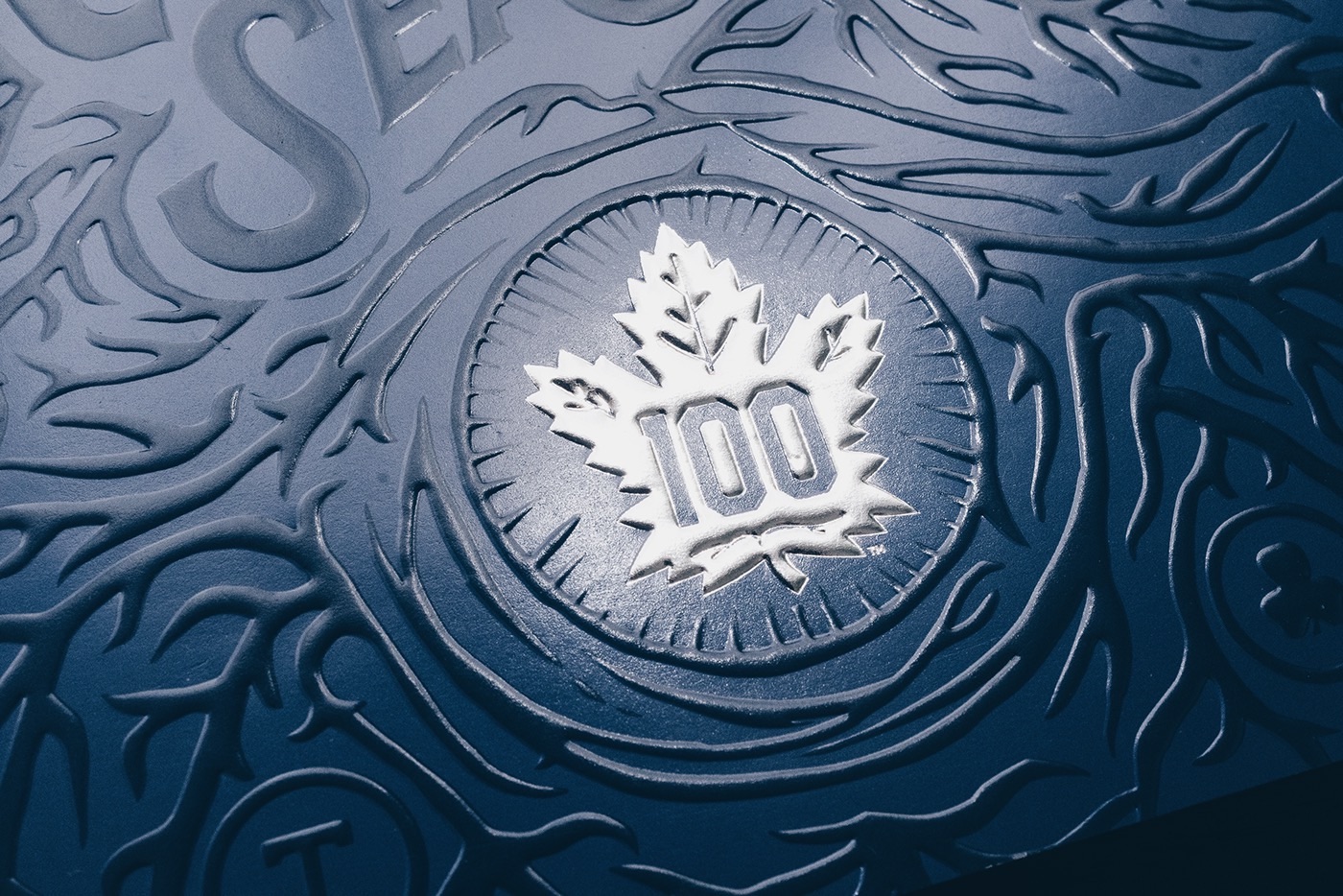 Get used to that maple leaf 100 and the embossing because it follows you throughout this fond look back at hockey history. Says project illustrator Conrad Garner: “It is the largest project I have done to date with over 250 sketches and almost 60 finished pieces. To be given the opportunity to be a part of the Maple Leafs legacy has to be one of the highlights of my life.”

Of course foil and logos would get old pretty quickly if that’s all you had to look forward to. The Maple Leaf Sports & Entertainment (MLSE) team plumbed a century of hockey action to come up with 41 quotes that Conrad transformed into illustrations that simply leap off the page. Says MLSE Creative Director Matt Coyle, “With 100 years of history, you can imagine that finding the 41 quotes that work well in a ticket layout was the greatest challenge. But our team having an opportunity to work on this historic package was an absolute honor. Conrad Garner’s illustrative work brought these quotes to life.” 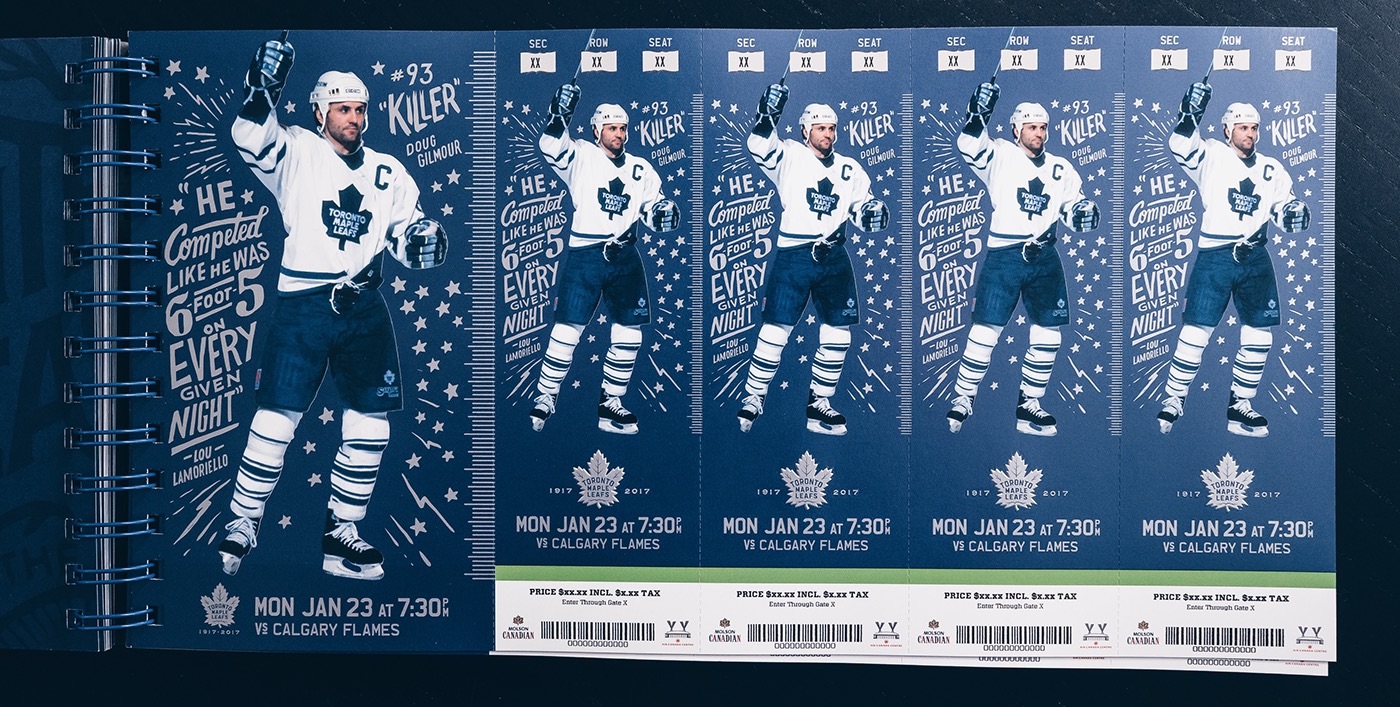 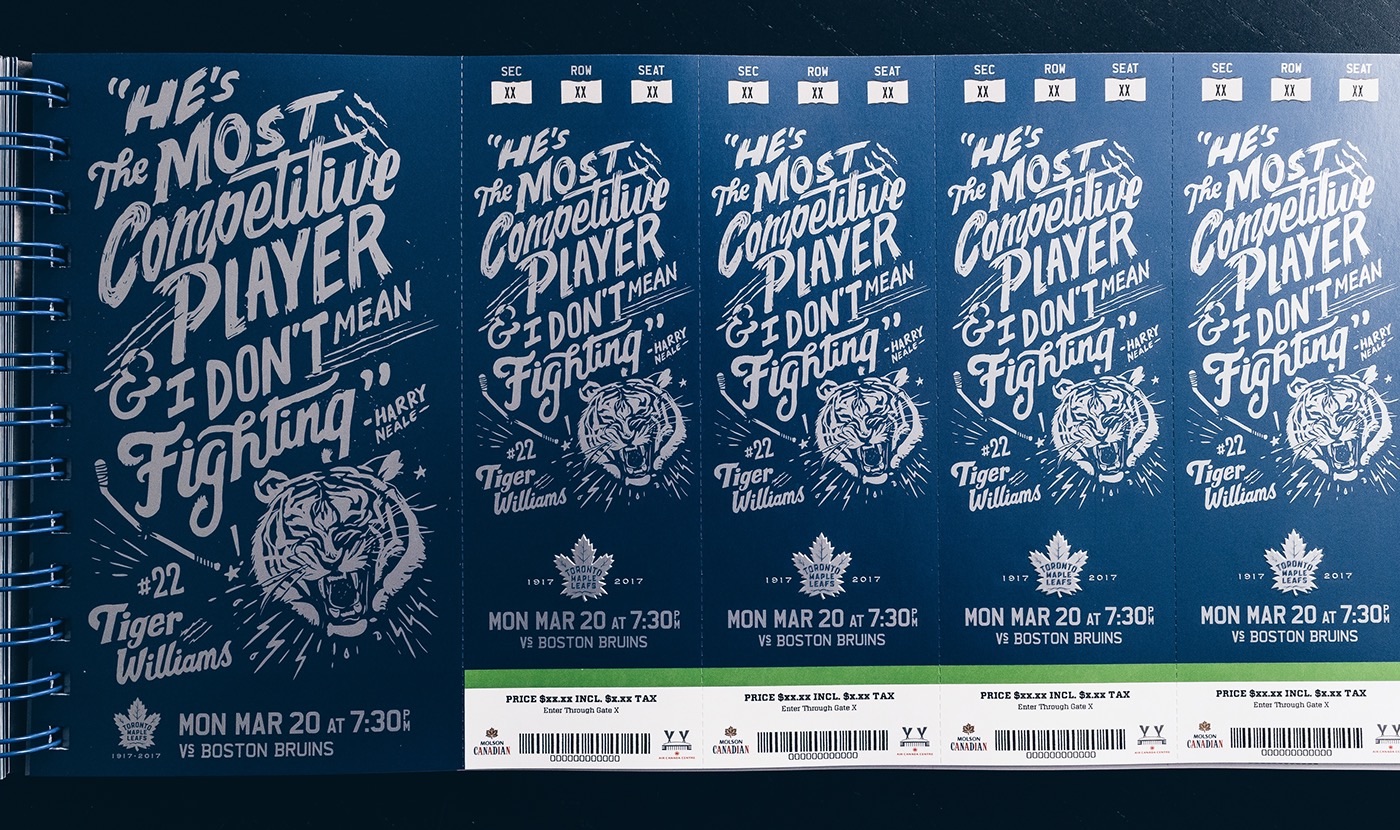 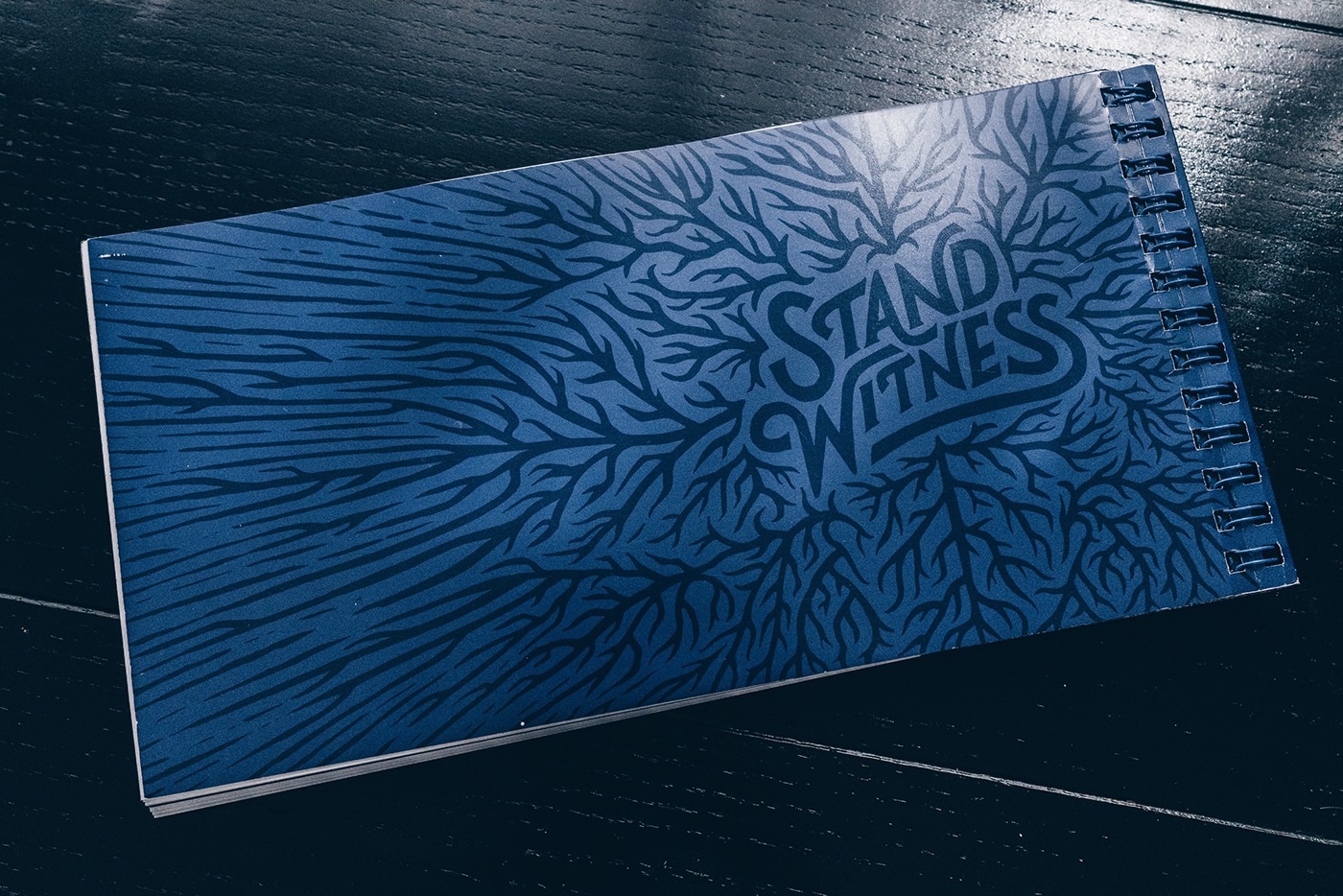 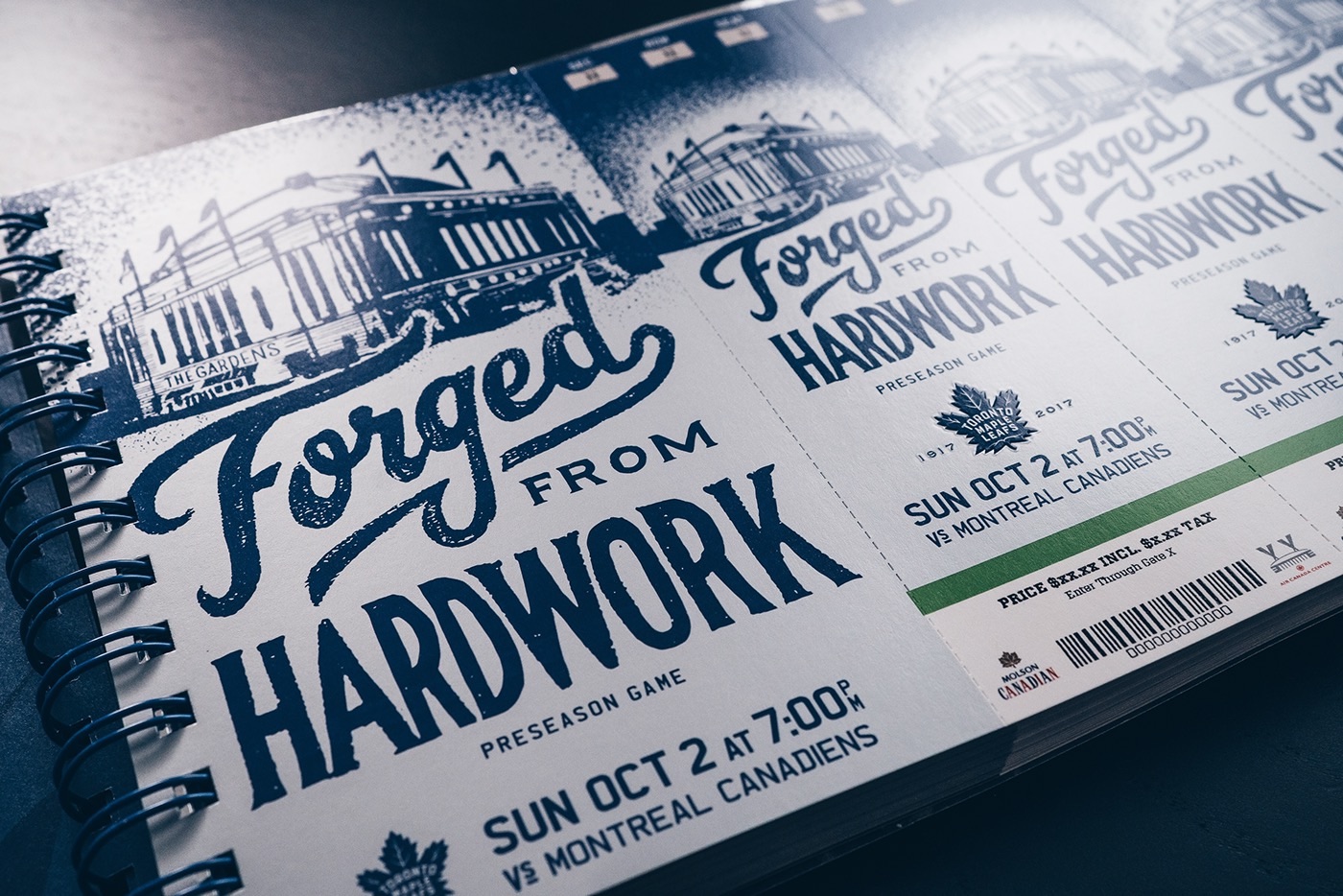