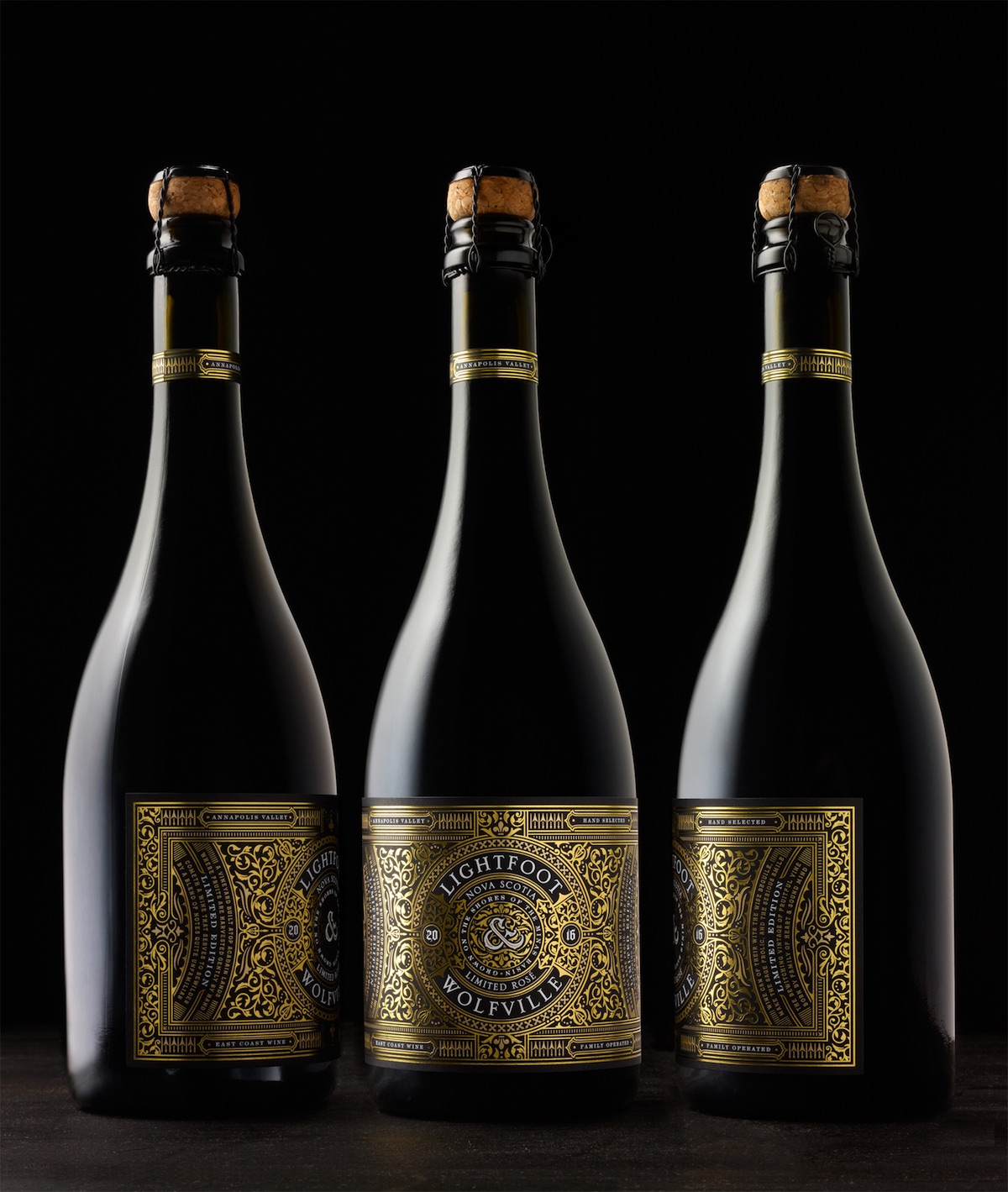 If the mythical King Midas had been given sufficient time to bring his ability to turn everything he touched to gold under control, he might well have become designer Chad Michael. Chad’s Dallas design studio consistently produces intriguingly ornate alcoholic branding and packaging that seems to positively drip with opulence without ever appearing gaudy or over the top. Which is as good a segue as any for plunging into our look at Chad Michael Studio’s packaging for Lightfoot & Wolfville’s limited edition rosé wine.

At first glance it seems that what we’re looking at isn’t a wine bottle so much as a gold-encrusted ceremonial object more likely to be glimpsed in the hands of a newly-minted monarch than on the shelf of your local wine shop. Indeed, the design is inspired by the Nova Scotian family winery itself. According to Chad Michael Studio, “The design reflects the marvelous and mysterious nature of the family’s vineyard – a vineyard that was once home to Acadian settlers around the turn of the 17th century. The family occasionally unearths ancient tools and artifacts from the soil.” As with much of Chad’s work, closer examination reveals individual details as pleasing as the whole. 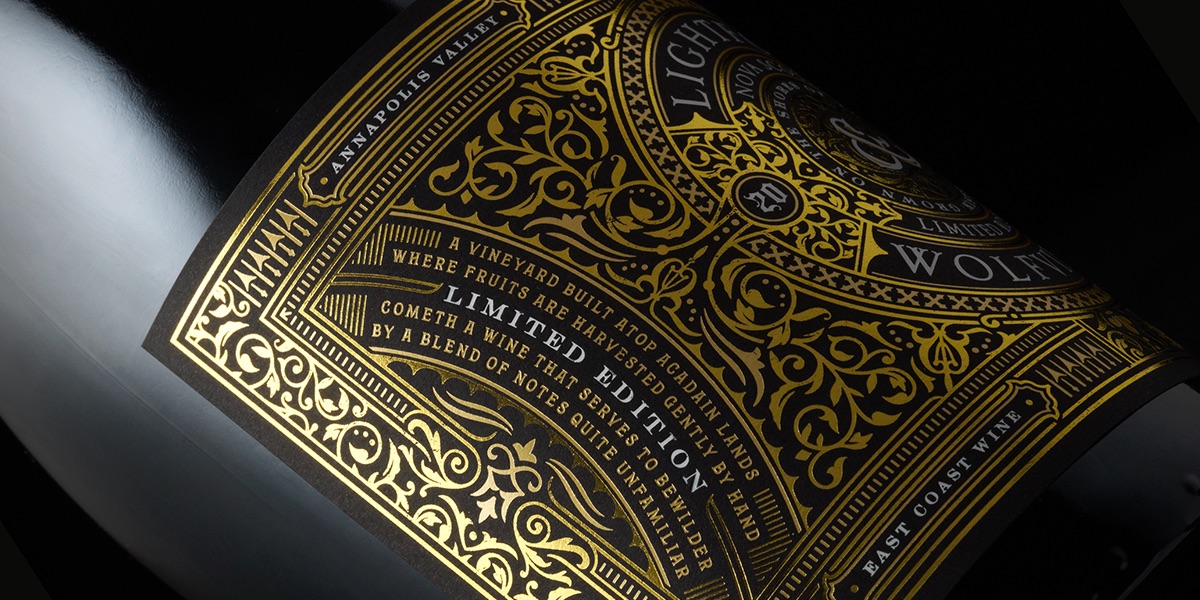 His studio began with Neenah Classic Crest Epic Black, the perfect background for enabling the foil stamping to really pop. What we’re looking at here is actually two different gold foils and an additional white one. That last was sparingly used as you can see here, but was all the more effective because of that, actually serving to emphasize the gold foils surrounding it. 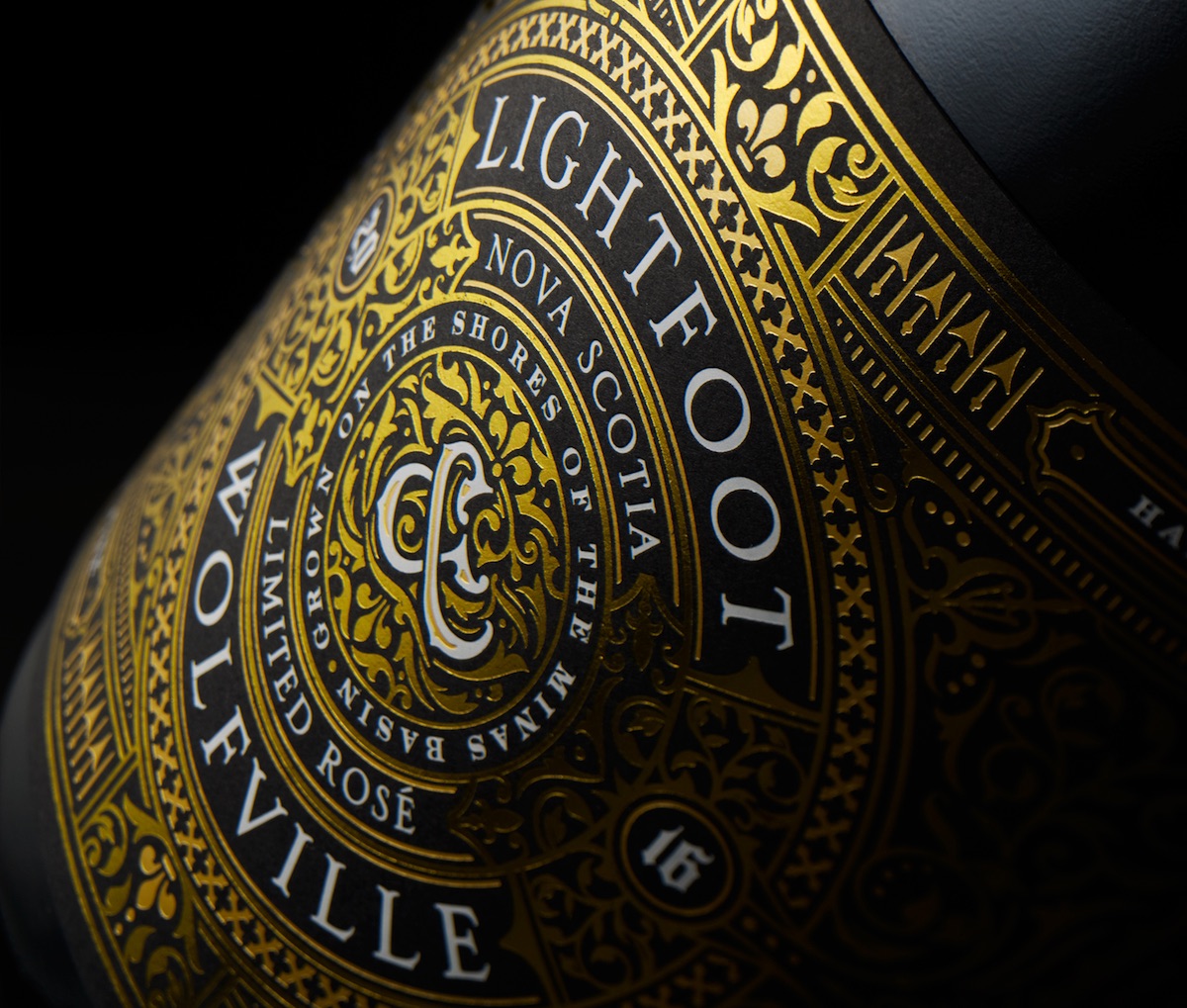 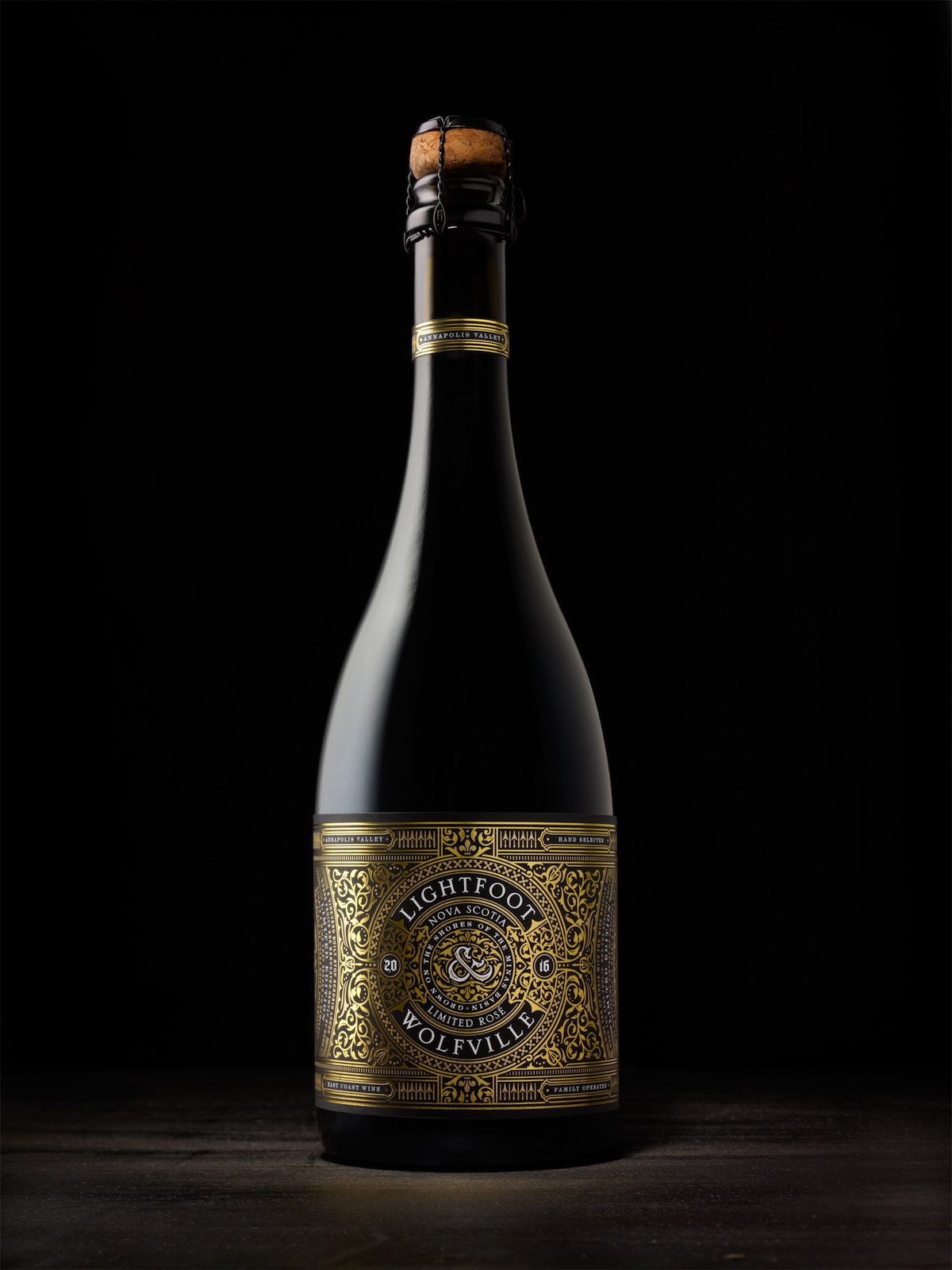