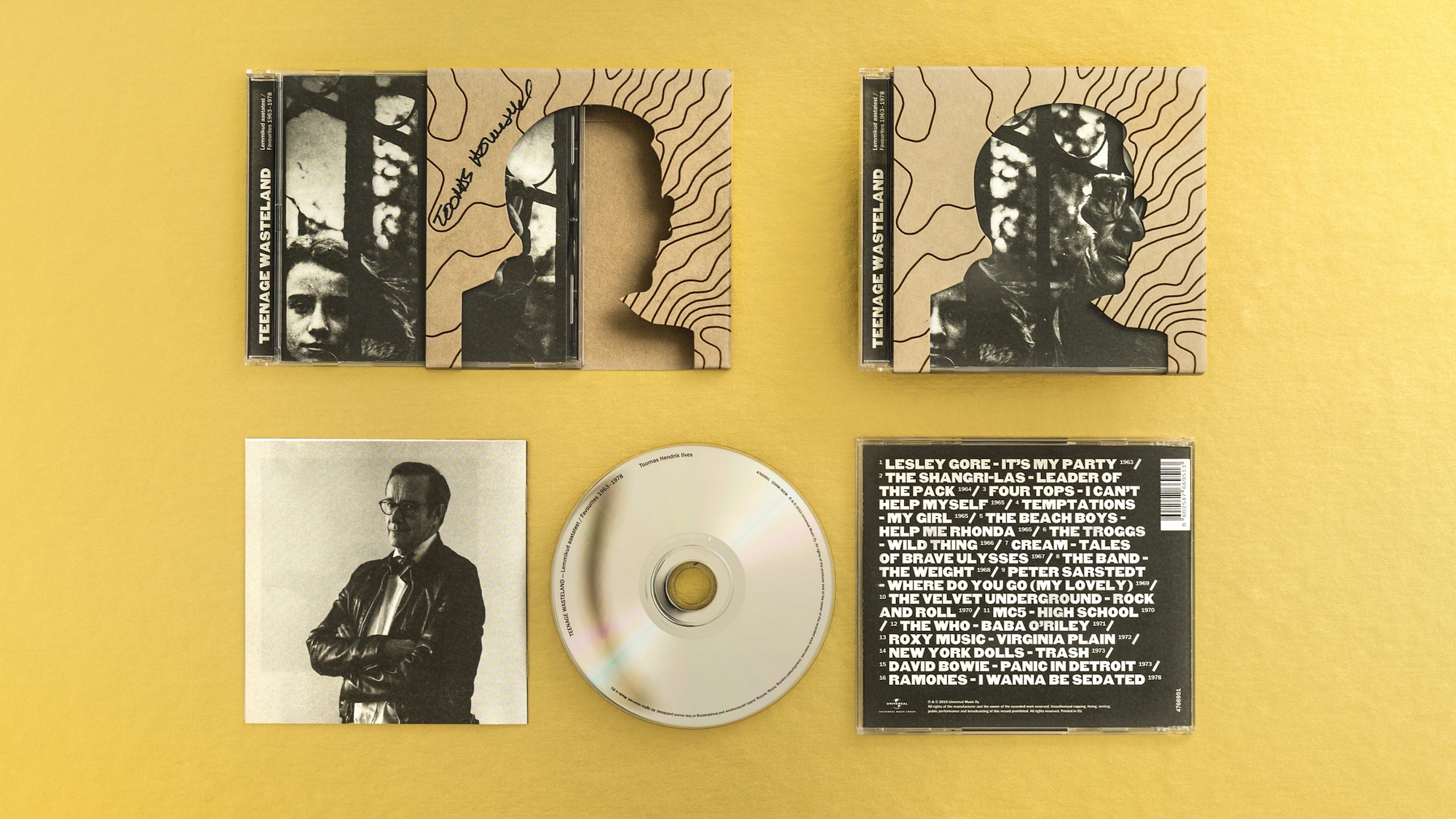 Americans have applied an unprecedented level of scrutiny to each candidate in this year’s heated presidential elections, questioning how everything in their respective lives has influenced the national leader they might become. Every influence, that is, except for the music they listened to growing up. The same cannot be said for outgoing Estonian President Toomas Hendrik Ilves thanks to “Teenage Wasteland,” a compilation of some of the songs that shaped his musical tastes. Explains album designers AKU:

“Design consciously takes a back seat to the content – minimal use of color, archival photographs and period-correct typography help to make this first-of-its-kind musical document a coherent whole.”

As you can see by the cleverly die cut slipcase for the CD version, minimal use of color does not necessarily mean minimal creativity by any means. A quick look at the cover image in full (from the vinyl version) will give you a better appreciation for the achievement here: 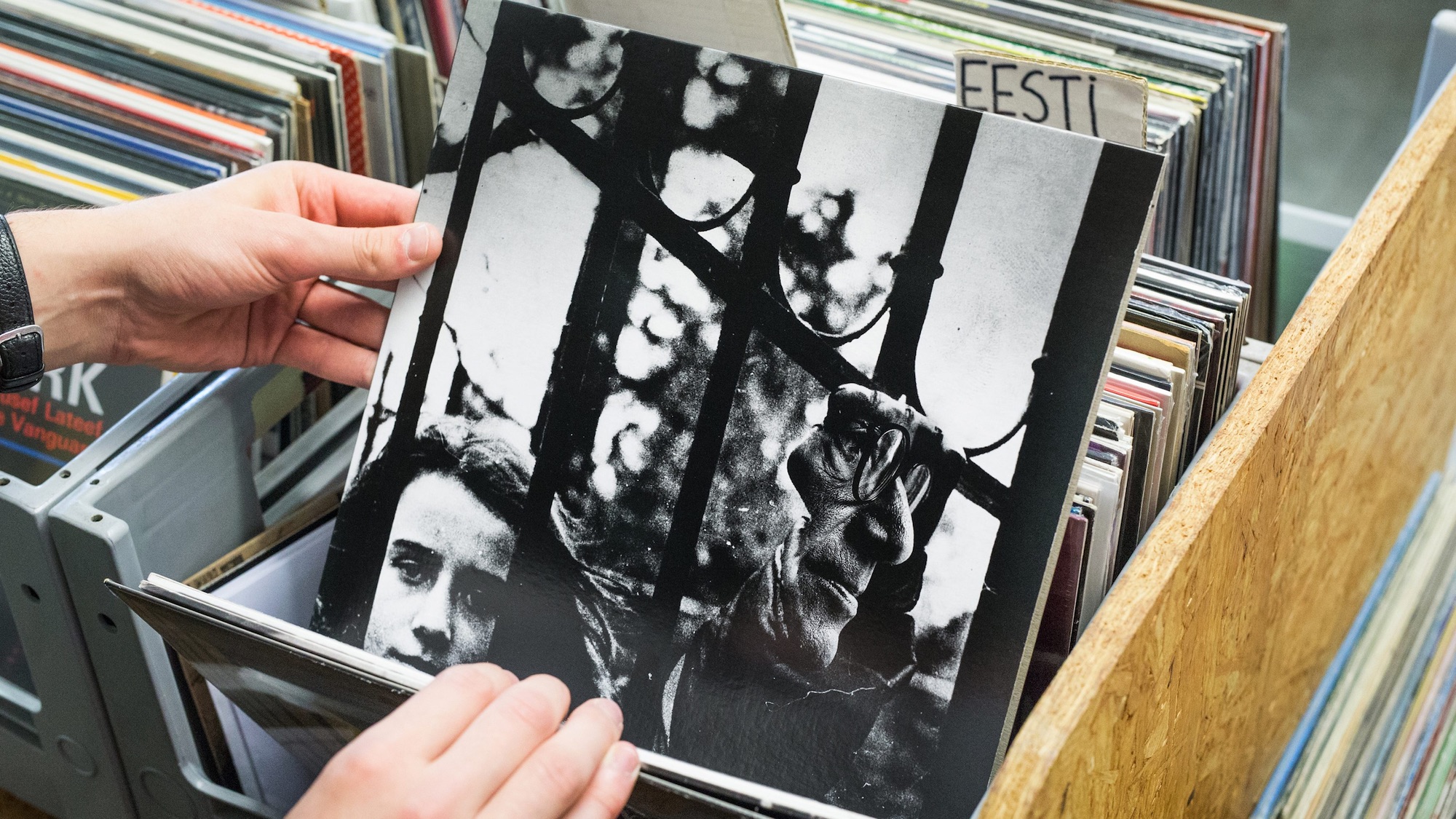 According to AKU Designer/Partner Alari Orav, “The current-day photo was taken by Herkki Erich Merila at the Presidential Palace in Kadriorg, Tallinn. It was superimposed with an archival photo from the President’s youth. (There is actually no broken window on the picture; young Toomas’ sleeve gives that impression.)”

Now back to that CD slipcase. What seems like random foil stamped lines around the president’s head and shoulders on the front are revealed to be topological details when the case is turned over. I thought at first that these were representative of Estonia, but Alari quickly put me straight: “It represents the area in New Jersey where Toomas Hendrik Ilves grew up (and listened to the music featured on the compilation).” The foil stamping gives the impression that wherever else he’s lived, it is Leonia, NJ that shaped him. (A quick Googling reveals that the Estonian leader is a true citizen of the world, getting a master’s degree in psychology at the University of Pennsylvania before moving on to Vancouver, B.C.; Munich – and several countries more.) 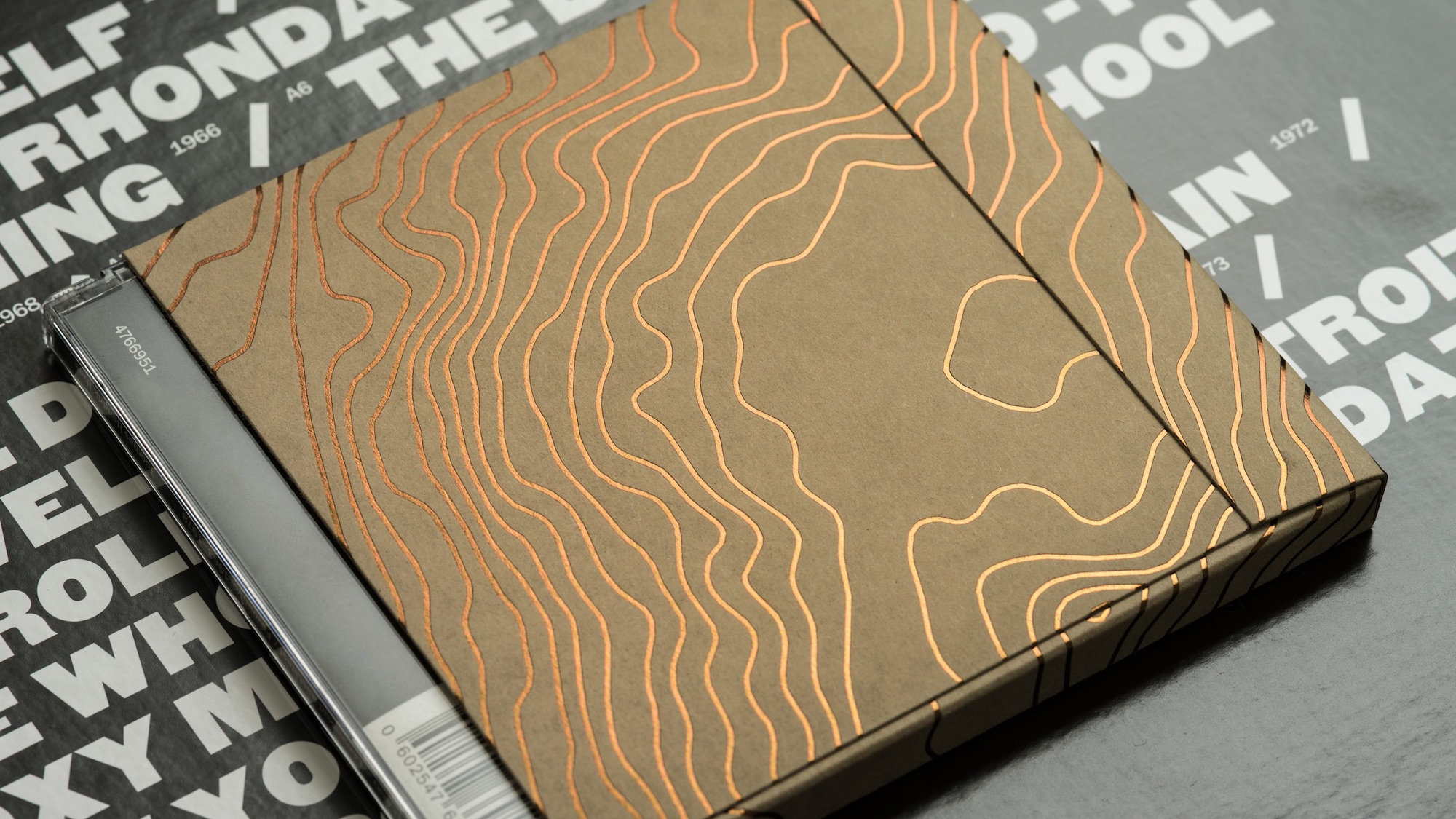 As it turns out, it was the slipcase that also gave AKU the greatest challenge. Confides Alari, “We made 10+ dummies to get it to work structurally and the alignment of the die cut and underlying picture perfect.”

So…How Does a President Release an Album Exactly?

Naturally after learning about the ins and outs of designing this release, we were curious how a project like this actually comes about. Alari was good enough to fill us in:

“I have been collecting and playing records since 1995. My DJ partner of 20 years, Drummie, served as the defense adviser to the President. He learned that Toomas Hendrik Ilves is a major music fan, with great taste and knowledge running wide and deep. So Drummie came up with the idea of releasing a compilation of the President’s favorite tunes. It took some convincing but finally Mr. Ilves agreed with the concept of presenting favorites from his youth. The licensing and logistics of the whole project were complicated, so Drummie asked Universal Music Baltics to help him out. After more than a year of trying to secure the licenses, the initial track list was narrowed down to 16 (14 on vinyl).

“Drummie wanted us to provide the graphic design from the very start. Although Universal (who released the compilation) usually uses their in-house designers, they agreed to make an exception in this case.”

Concludes Alari modestly, ” You have to keep in mind that Estonia has only 1.3 million people, so it takes just a few phone calls to make a project like this happen.” 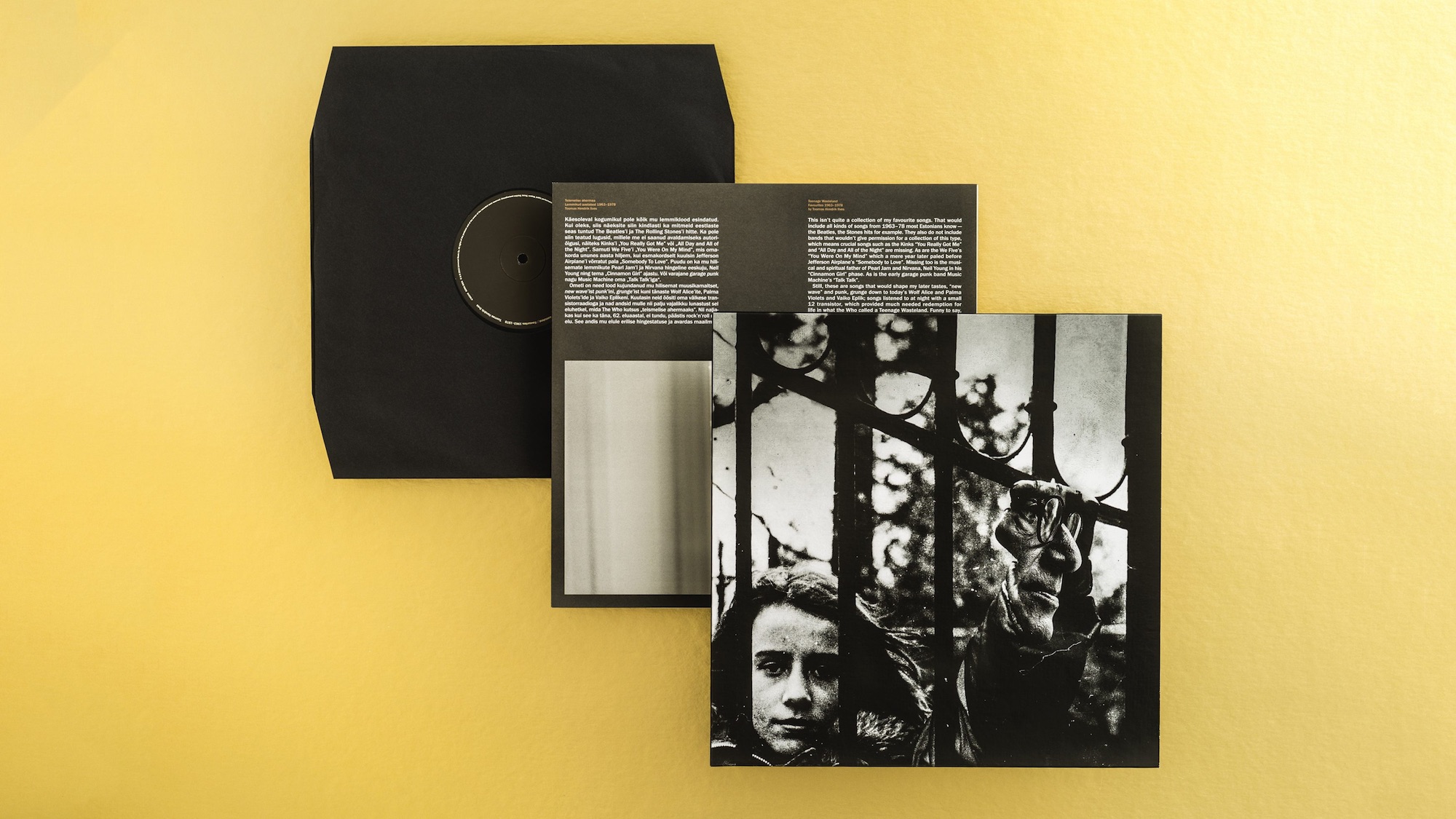 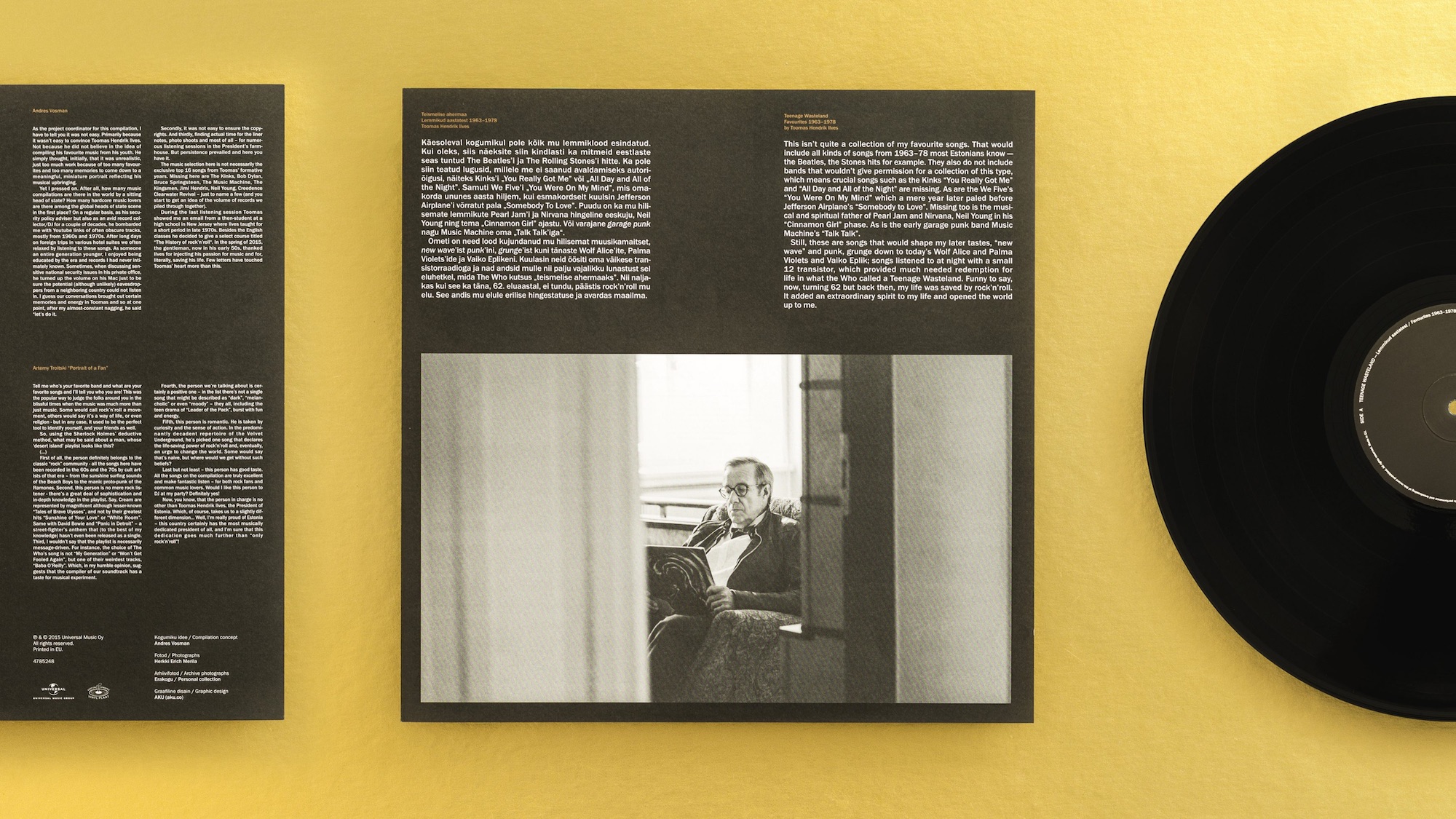 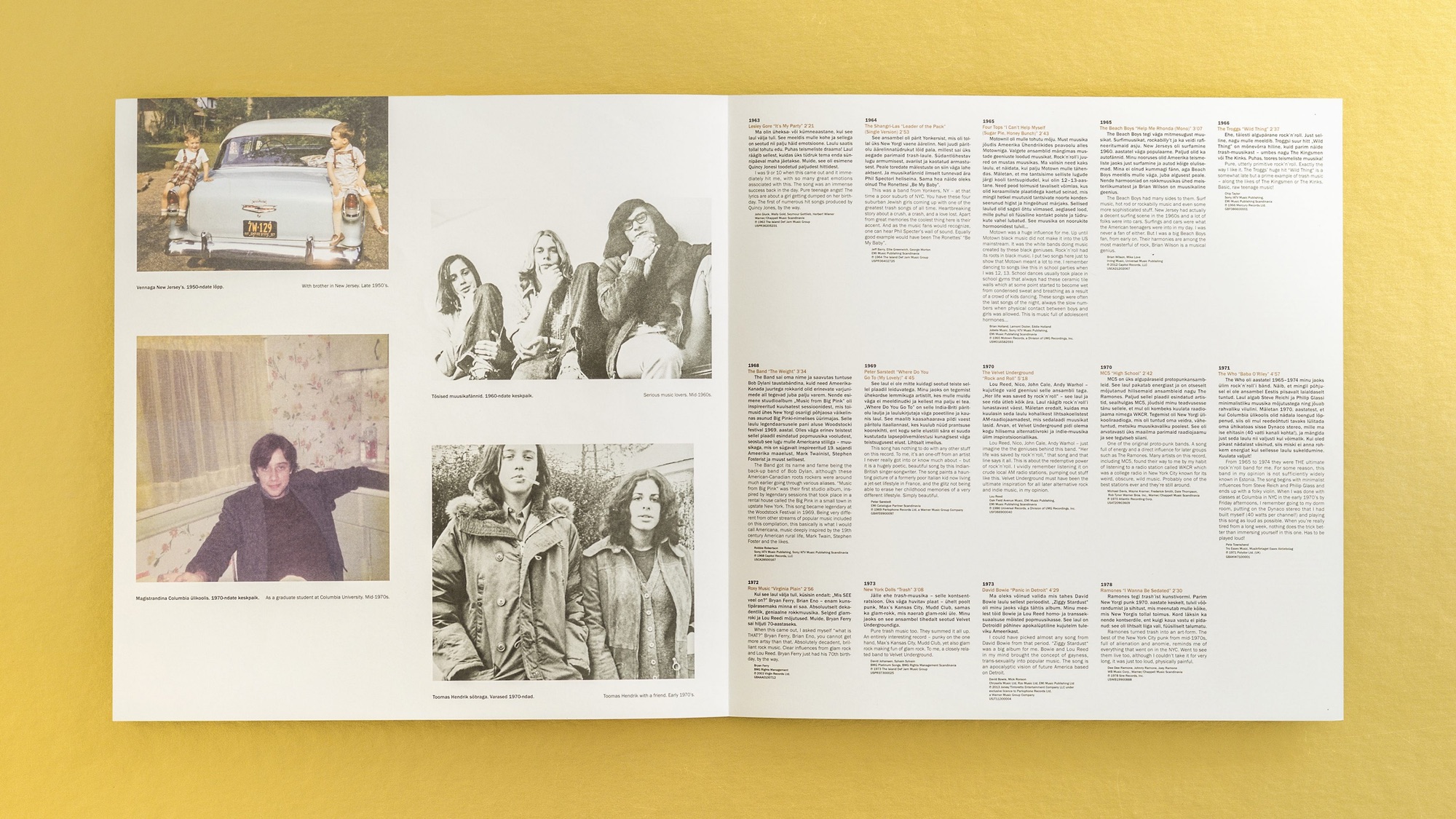 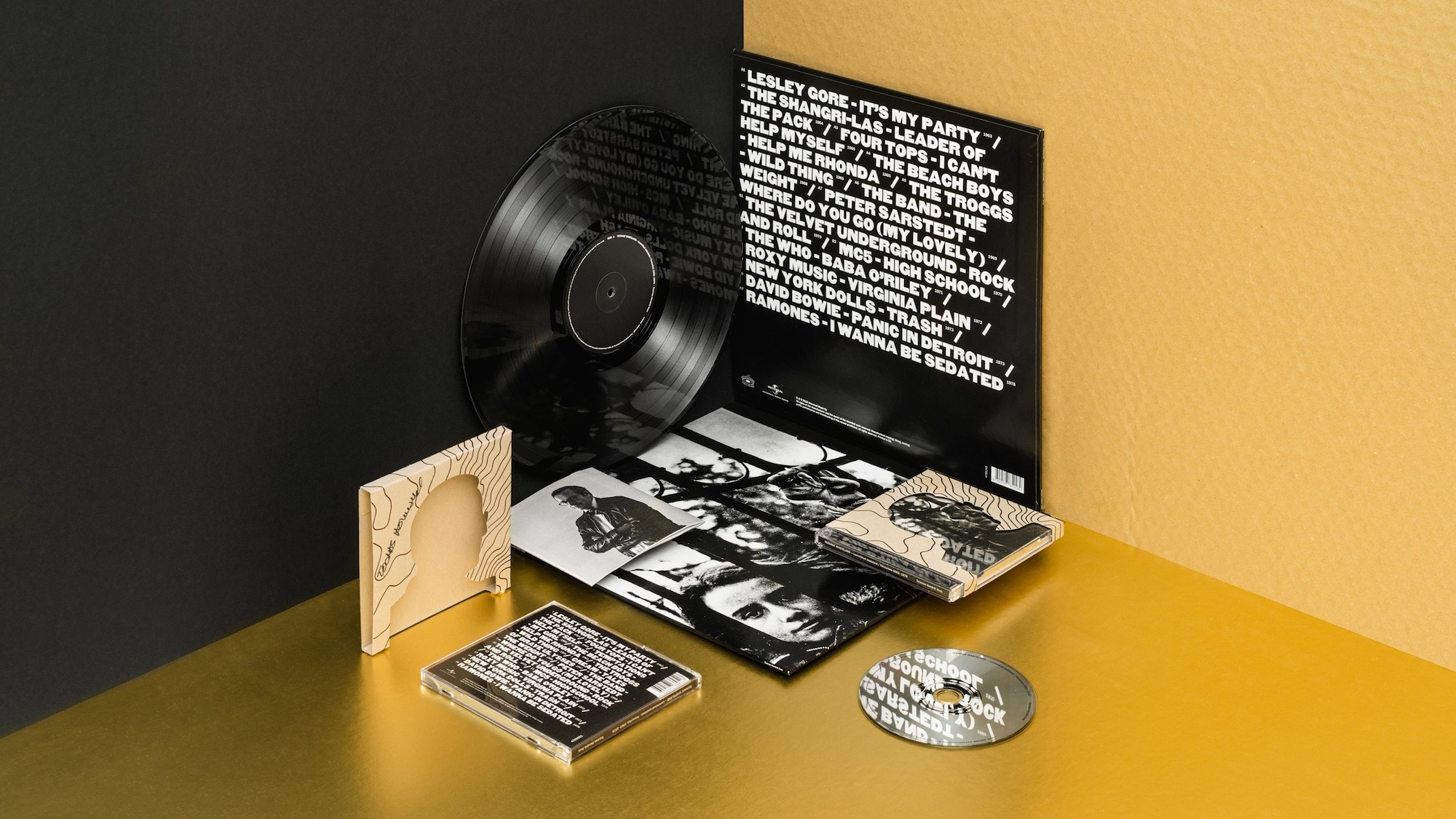