No matter how sophisticated we pretend to be, some of us in our youth couldn’t help but hope that placing a hat upon a snowman or woman would, like the “Frosty” song suggested, make our creation come to life and begin “to dance around.”

Having an admirable reputation for bringing print to life themselves, the wizards at Structural Graphics waved their magic wands to create a holiday card that will make you feel like a kid again. 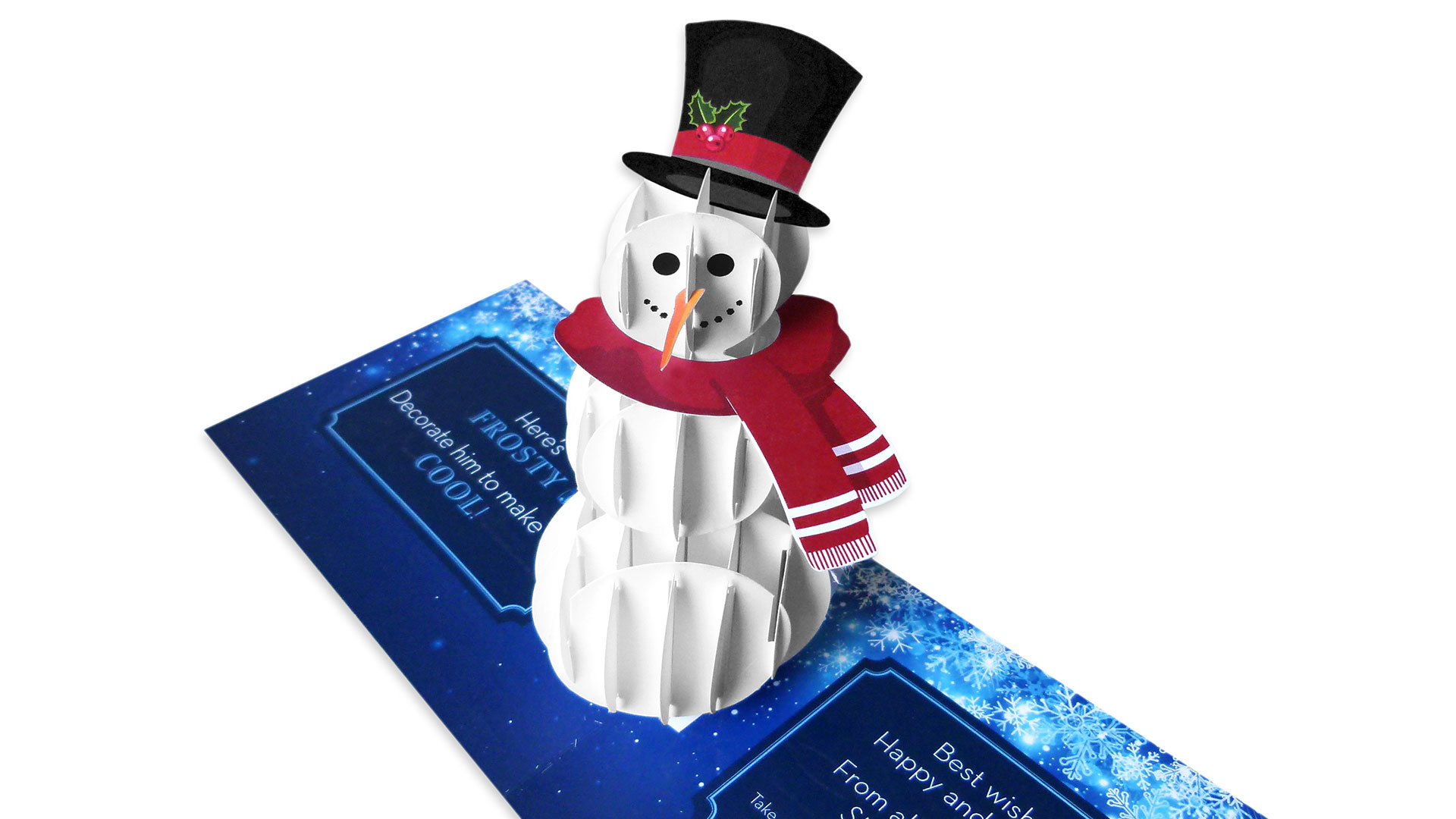 Exhorted by the cover to celebrate “with a frosty cool one,” you open the card to reveal a bare-as-the-day-he-was-made snowman composed of an intricate series of paper interlacings. An accordion-folded insert contains nearly 20 different die-cut accessories that you can punch out and arrange on Frosty.

Says Structural Graphics’ Judie McCann, “The little 3D structure in white is like a blank canvas, ready for everyone to bring it to life in their own way. Whomever receives the card can feel free to play with the paper snowman and even color in their own pieces to make it their own.” 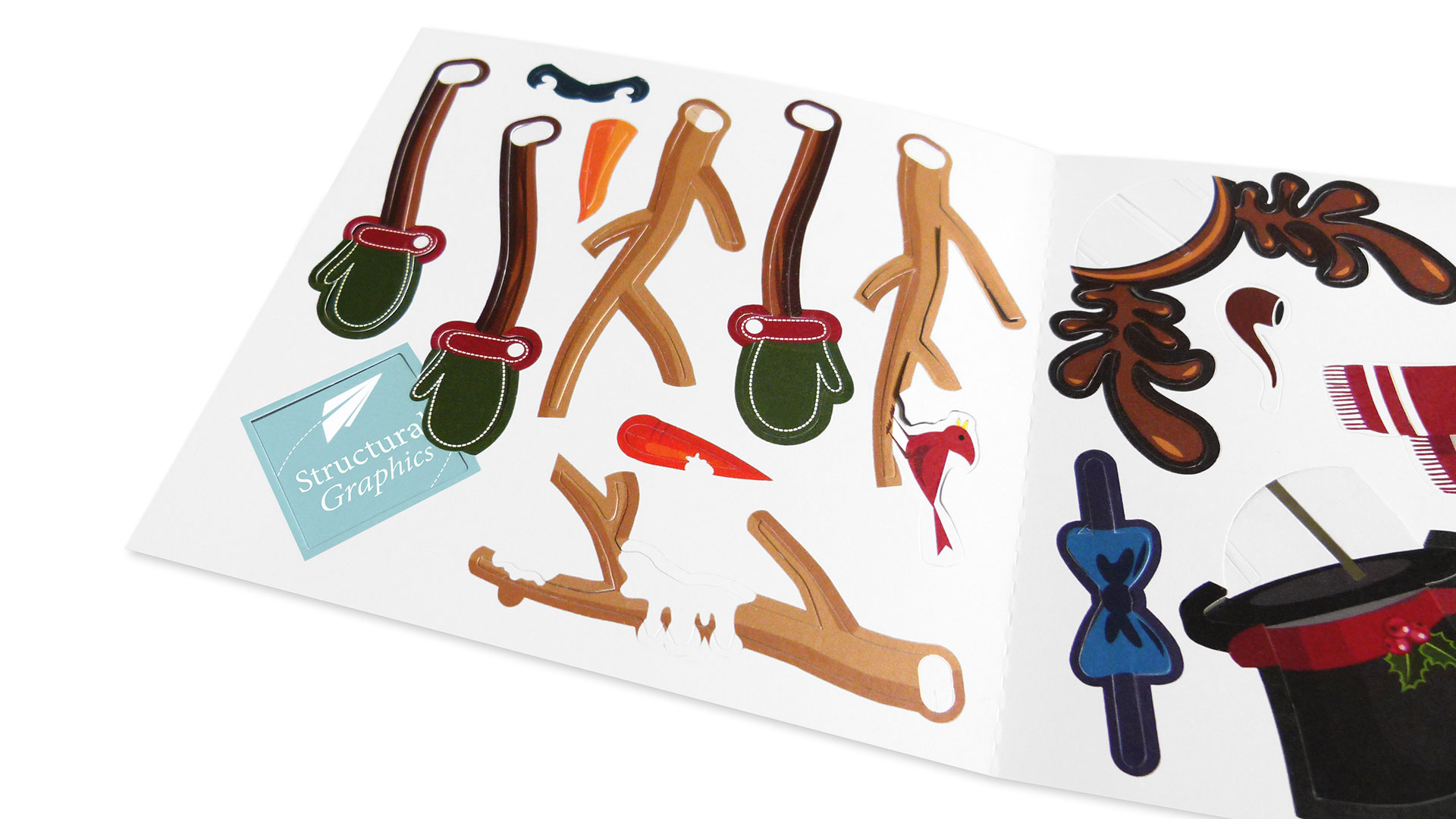 Digitally printed by Structural Graphics’ do-it-yourself dimensional marketing service, Red Paper Plane, on Domtar Cougar Digital Smooth White 80 lb. Cover [Get Swatchbook], these accessories are also a marvel of die cutting – something that Judie points out is no accident.

“The most important aspect of this piece is its interactivity. The purpose of the design is to transfer some of that joy of building and dressing up a snowman. The die cutting of every single accessory in this piece is outstanding! The die cutters really went above and beyond to ensure that this was possible, as there were tiny pieces that had to be die cut very close to one another.”

More than anything, this card captures a playfulness, imagination and childlike sense of wonder that many of us still equate with the holidays, one that seems lacking in the digital distractions that surround us today. 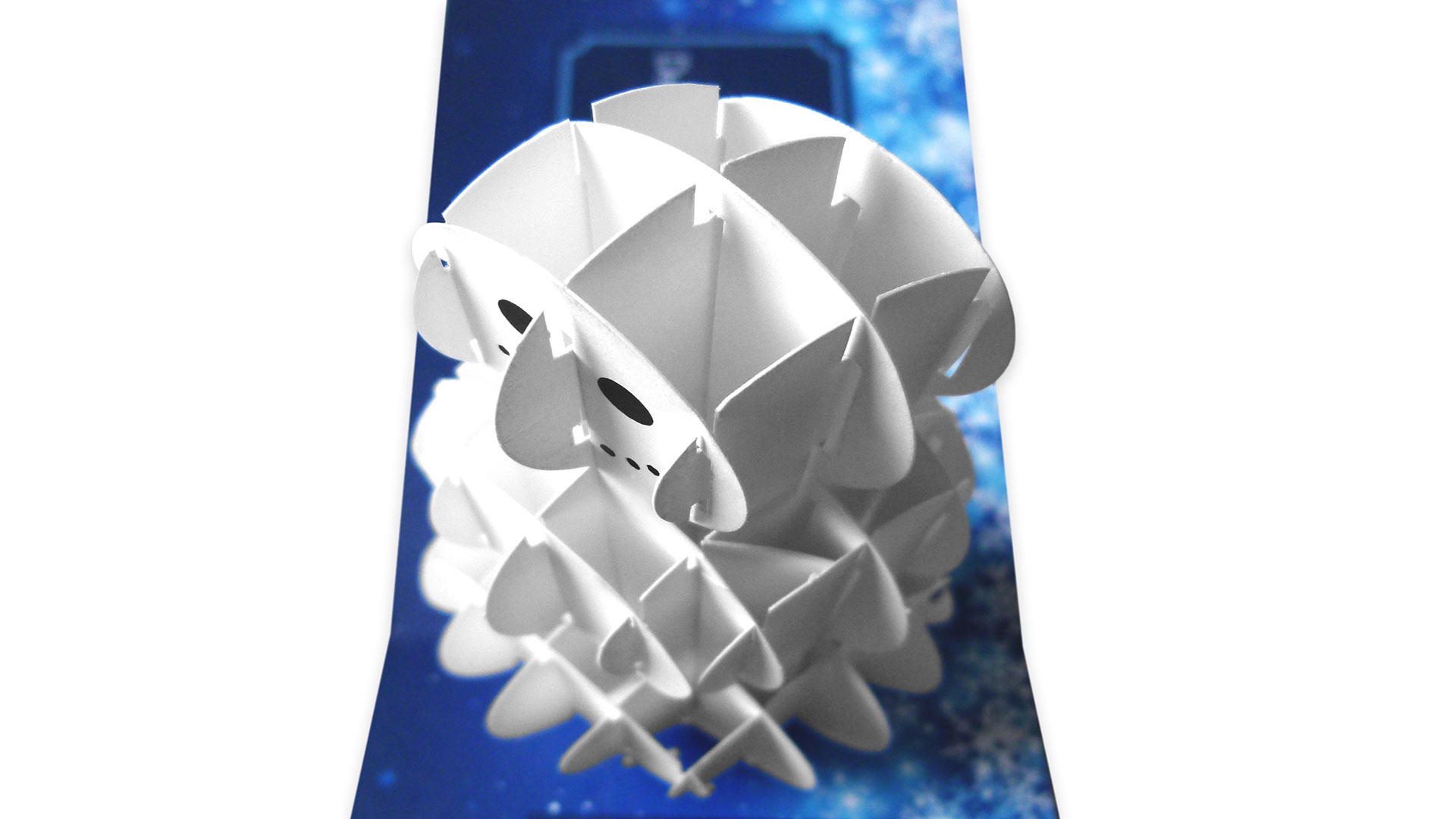 And as it turns out, this particular snowman came about not as the result of a snowstorm, but a brainstorm.

“The design came out of a group session that was held a few years back with the creative department,” Judie explains. “Unfortunately, we were unable to design and produce it that year. However, the playful idea of making [an interactive] snowman out of paper was so strong with all of us, we had to make it! I think the idea struck a chord in us because it was synonymous with the fun of winter in our childhood, snow days, snowball fights, hot cocoa, and making a snowman and decking it out. Thus, it was inspired by the essence of play and memories of youth and happiness.” 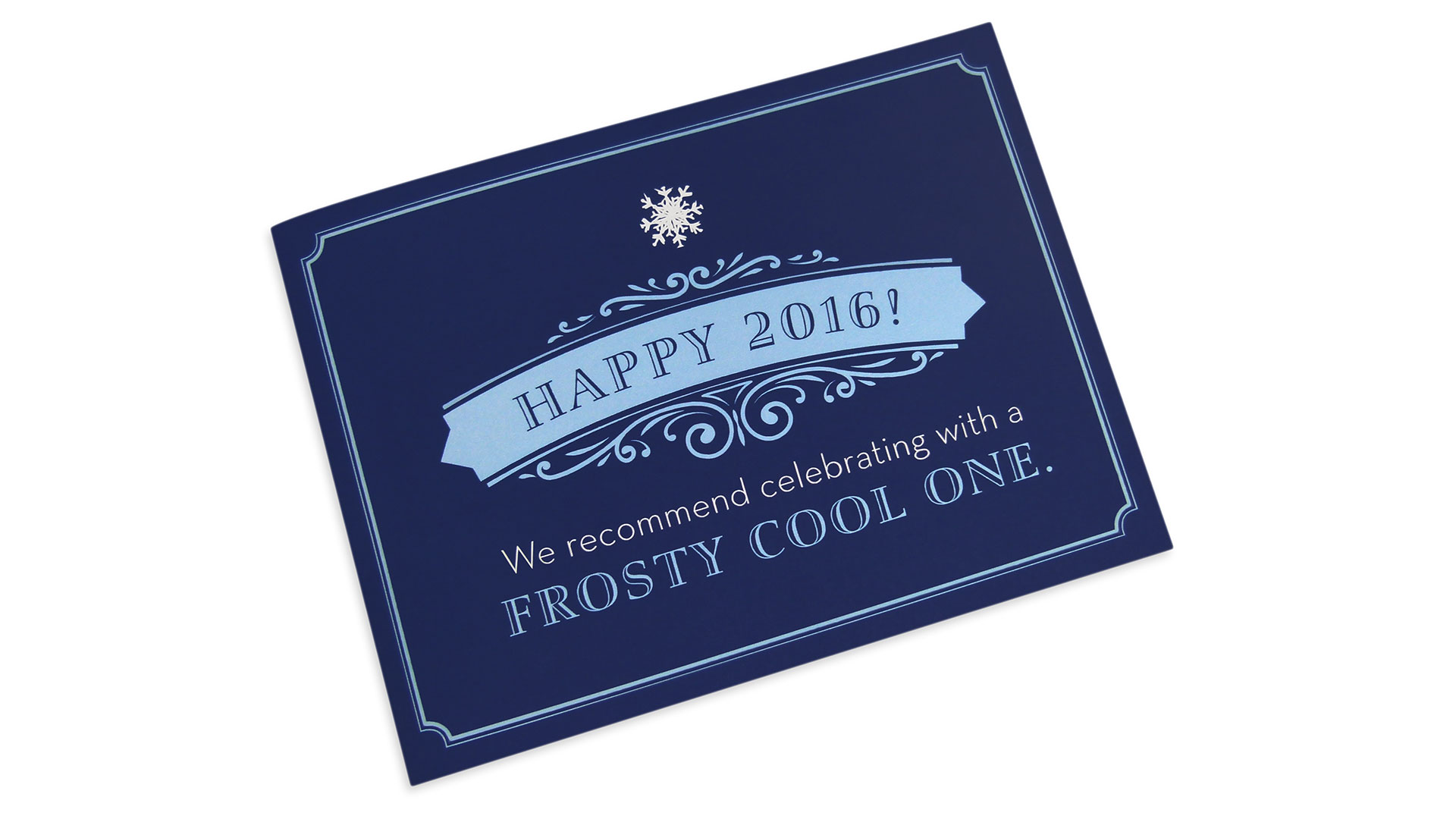 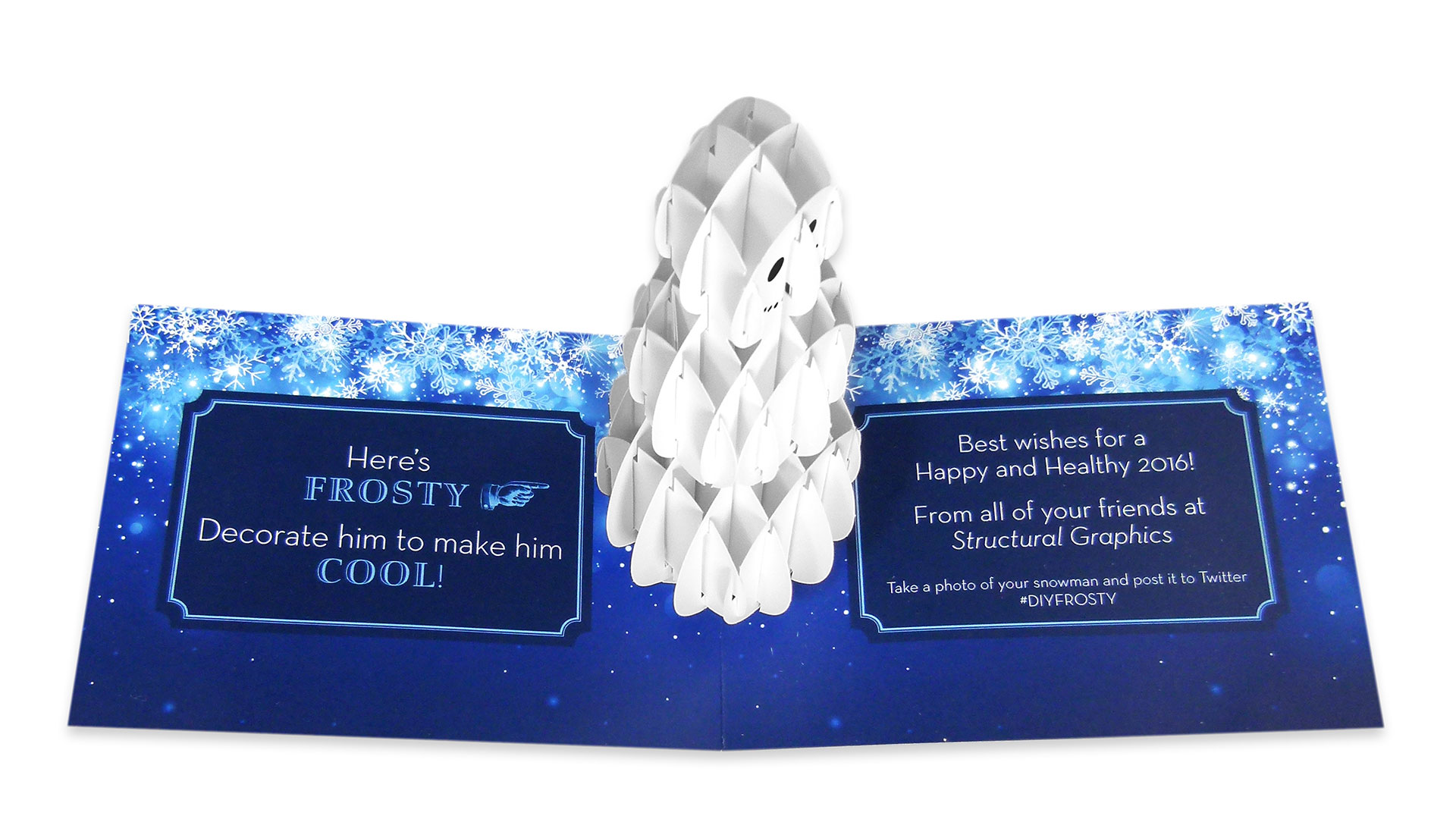 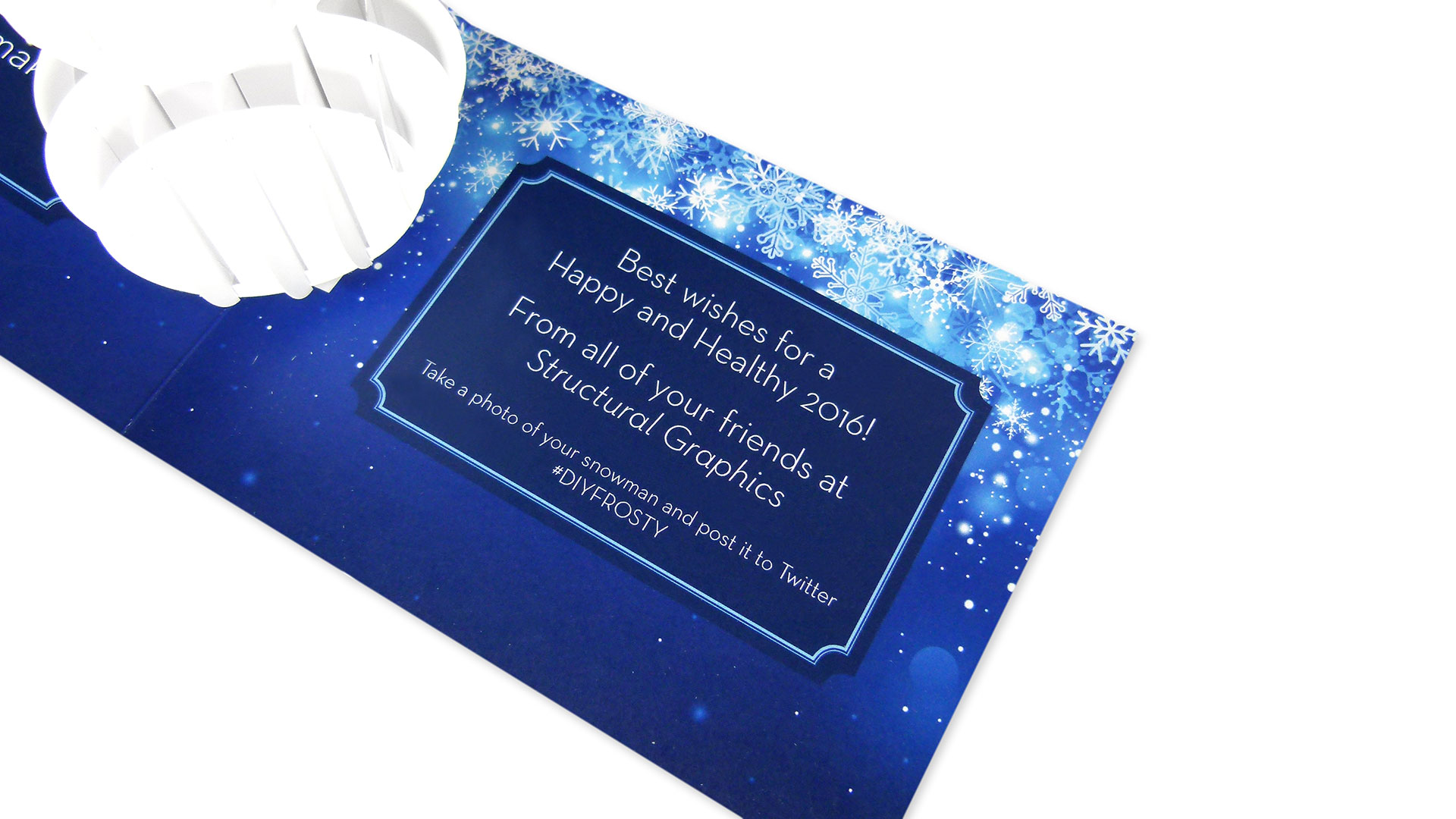