If the Web has taught design aficionados anything, it’s that some of today’s best design work is being done as class assignments, passion projects, or both. Take Atlanta designer Erkan Cetin, who captured a 2014 AIGA award and that year’s HOW Merit Award for Promotion & Marketing Design with a stunning handcrafted swatchbook for Neenah papers…that Neenah only learned about later on.

The swatchbook holder itself is a miniature version of the legendary Trojan horse intricately fashioned from wood. As Cetin explains on his website:

“The hood of the Trojan horse includes mini swatchbooks itself. Each of these little swatchbooks represents a different type of Neenah paper with different finishing and production information created and bonded with legendary names that are inspired by Troy’s history, as well as the color of each book cover, book names, logo and paper names.” 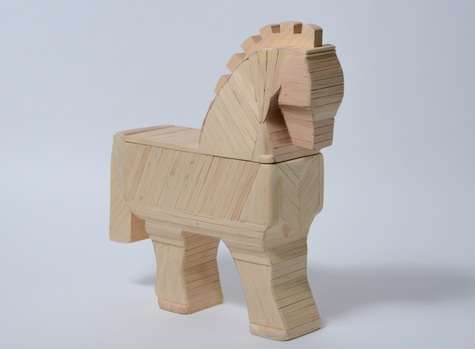 Boasting wood die cuts, gold foil stamping, to say nothing of all the woodwork involved – the result is simply breathtaking. In all, one horse and five swatchbooks were made, he tells PaperSpecs in an email exchange.

“One of the main creative directors at Neenah invited me to their headquarters in Atlanta and introduced me to the team,” he says. “They loved it :)” 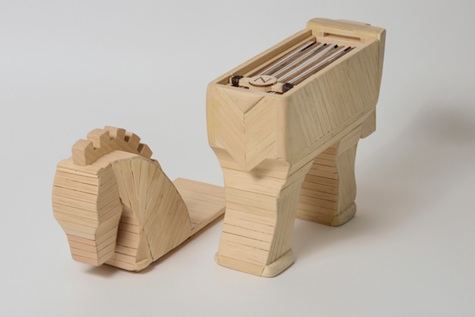 As a result, Cetin has won a full-time position at Coca-Cola in their in-house design department as a designer and photographer, he says.

“It is funny because the Horse made my career:)” 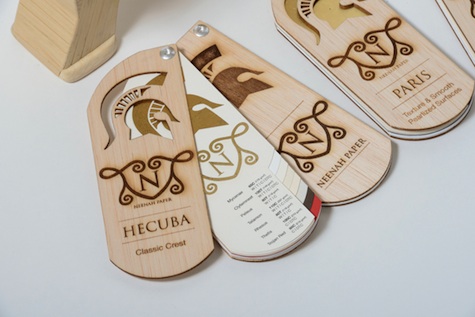