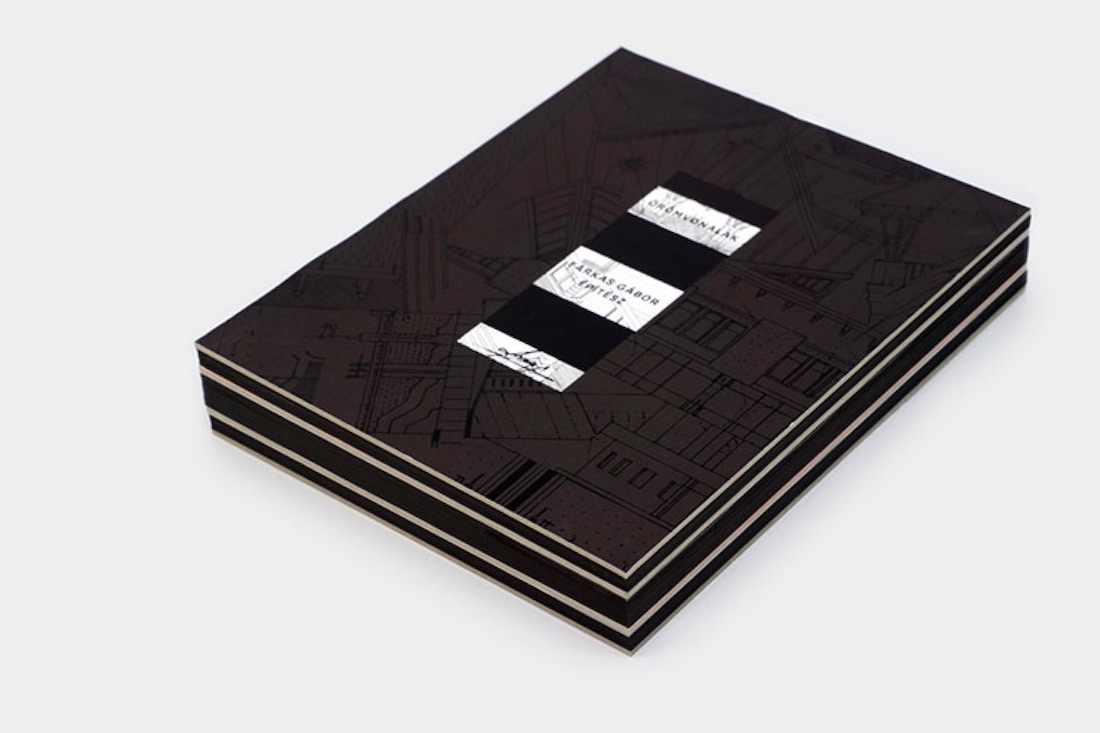 This week’s Cool Designs is all about print pieces that change the way we look at or experience familiar concepts, including a book that embodies its architectural subject matter, a card game that makes us reexamine military actions overseas, and a poster that doubles as a musical instrument. (You can find previous Cool Designs of the Week right here.)

In recent years we’ve become greatly spoiled by a plethora of volumes that act as archives on their given subjects, usually containing pull-out reproductions of ephemera such as brochures, movie scripts and so on. Yet seldom have we seen that attention to detail carried over to the book itself in the same way as Marton Borzak’s tome on Hungarian architect Gabor Farkas. As it turned out, an exposed binding was the perfect match to a type of building for which Farkas was famous. In addition, to cut down on the cost of including ephemera, the makers ended up “perforating the pages so the machines could assemble and bind them, and when the book was ready those pages were torn out at the perforation.” The inclusion of reproductions of the architect’s various notes is a welcome bonus. 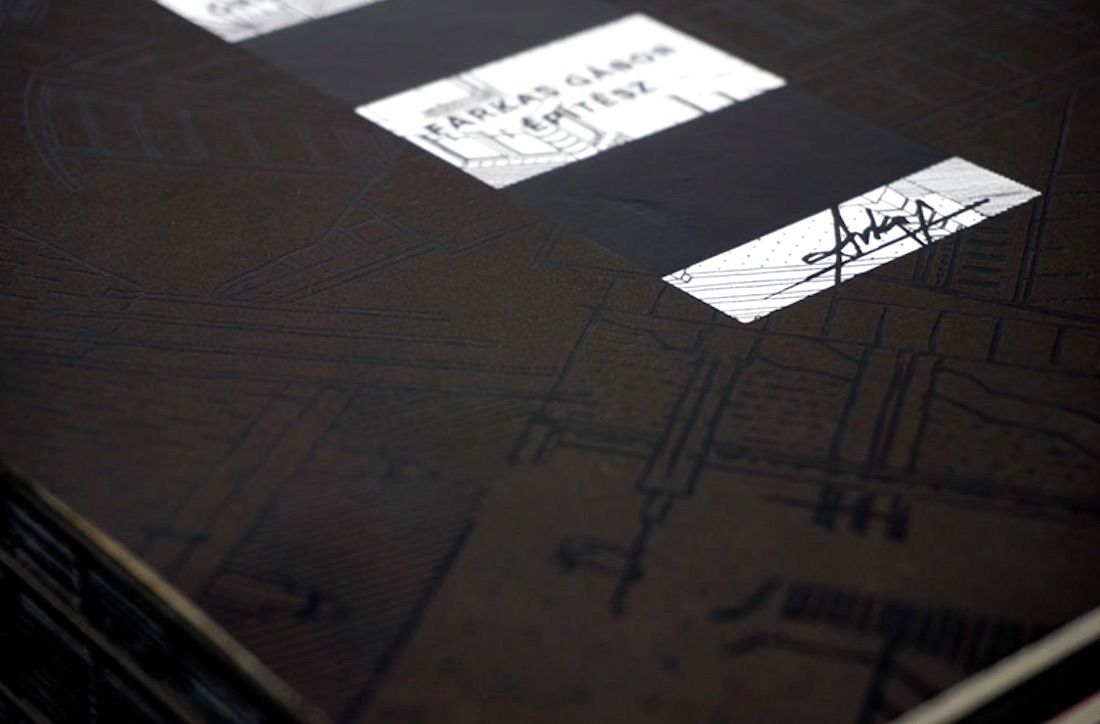 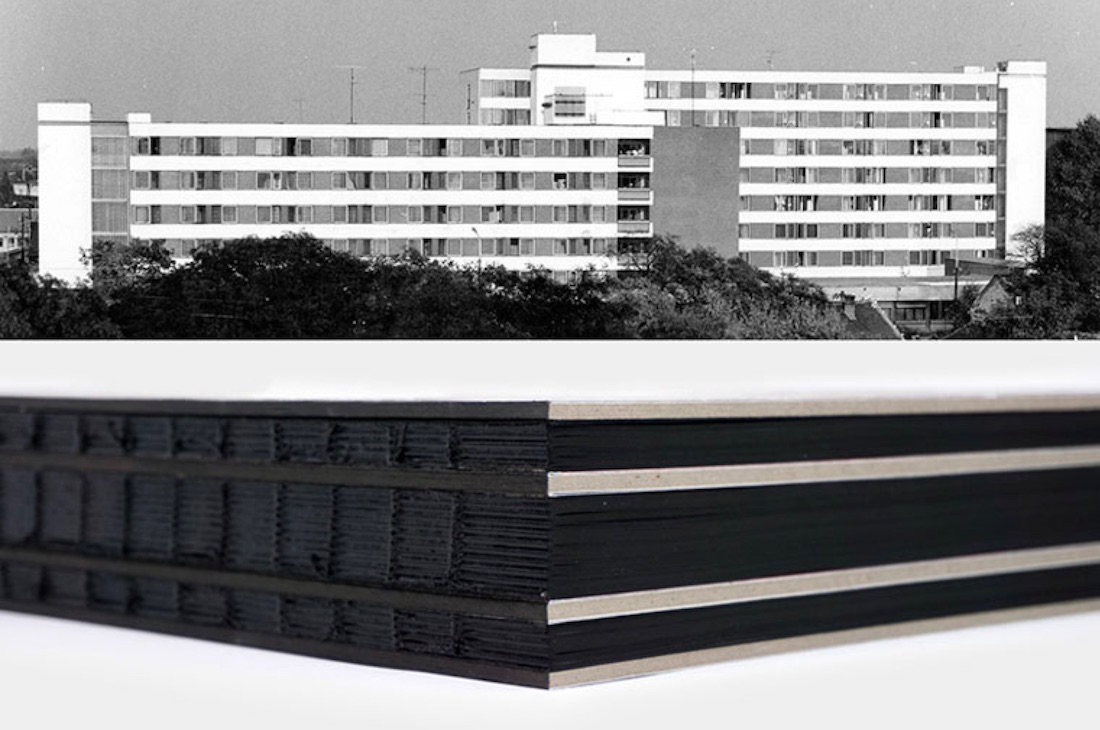 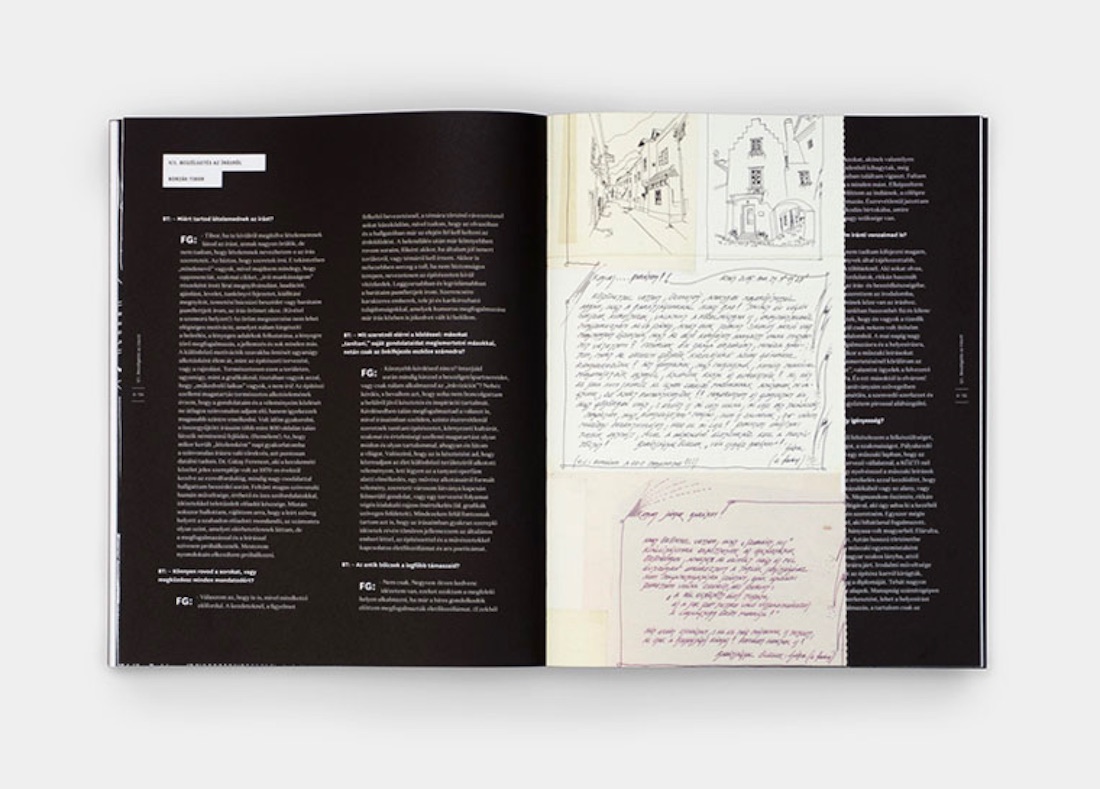 If the above heading makes you uncomfortable, you’re not alone. When we first heard of “Bycatch,” we weren’t sure if it was a sick joke or an art project designed to make us think; fortunately it turned out to be the latter. Created by Subalekha Udayasankar and Dutch design consultancy Hubbub, the card game mimics the faulty intelligence and civilian deaths found in the use of military drones today. FastCoDesign walks us through the equally problematic game play:

“You hold a collection of citizen cards in your hand, with the goal to keep these people safe. But when an opponent shouts, ‘Surveil!,’ you must freeze exactly how you’re holding your hand while they reach around your cards to snap a photo. If they see an intended target—or even if they think that blurry image might be the right person—they can order a drone assassination….A civilian casualty will cost you 10 points. But killing your suspect will earn you 100 points. So the game’s mechanics actually lure you into an aggressive posture, to make every effort to get your strikes right, but not make too many apologies when you don’t.”

As with most pieces of foreign policy, “Bycatch” opens itself up to grumbling from both sides of the political divide. Still, any piece of art that encourages further discussion of a thorny moral issue has to be respected. 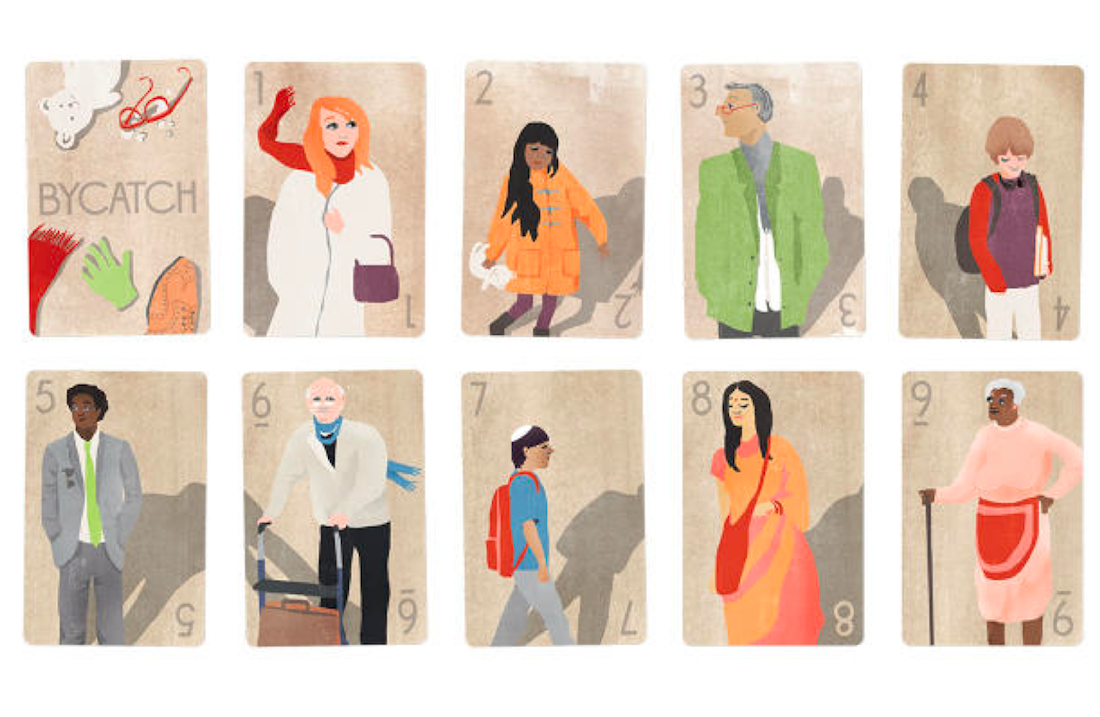 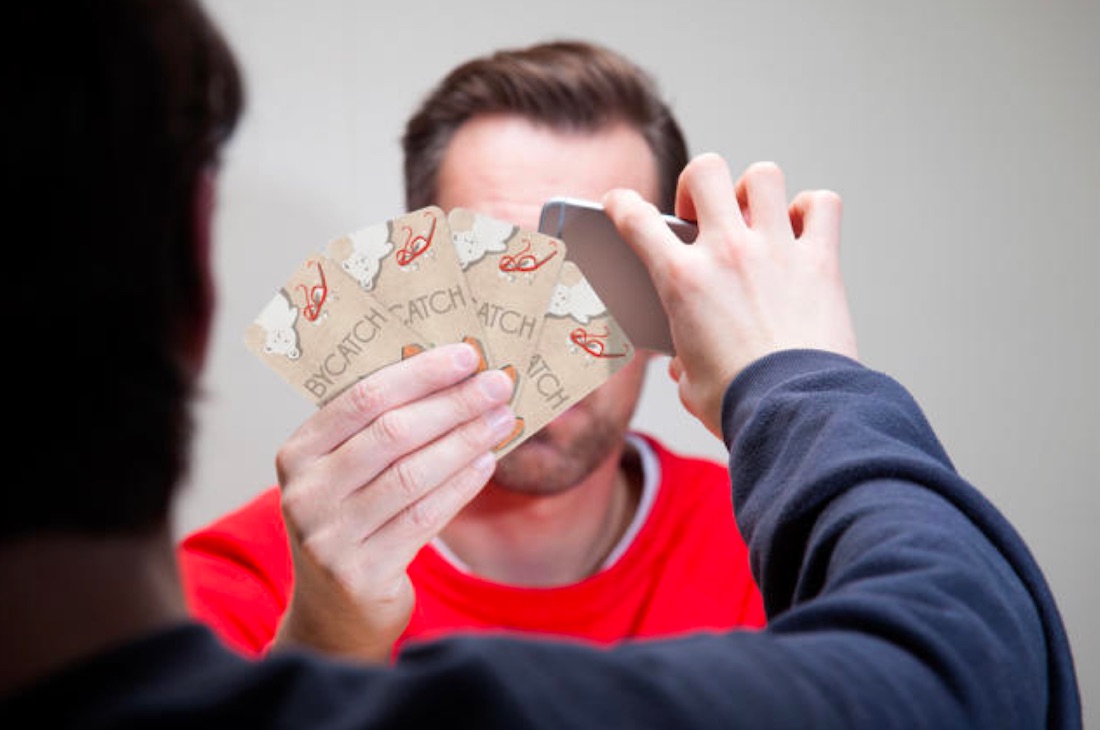 While most of us are at home tucked up in our beddy-byes, the demented minds over at design firm Trapped in Suburbia appear to be contemplating the best way to mess with people who mess with the posters they make. How else to explain the fact that they’ve now created posters that either play music, hide, or (everyone’s favorite) explode. With Sound Poster 4 they’ve returned to the least socially objectionable response, music, this time by using a conductive layer beneath the print itself to sense the proximity of the user. By interacting with two key spots on the poster, you can actually get a nice theremin effect (though it doesn’t quite have that spooky movie sound we’ve come to equate with that instrument). 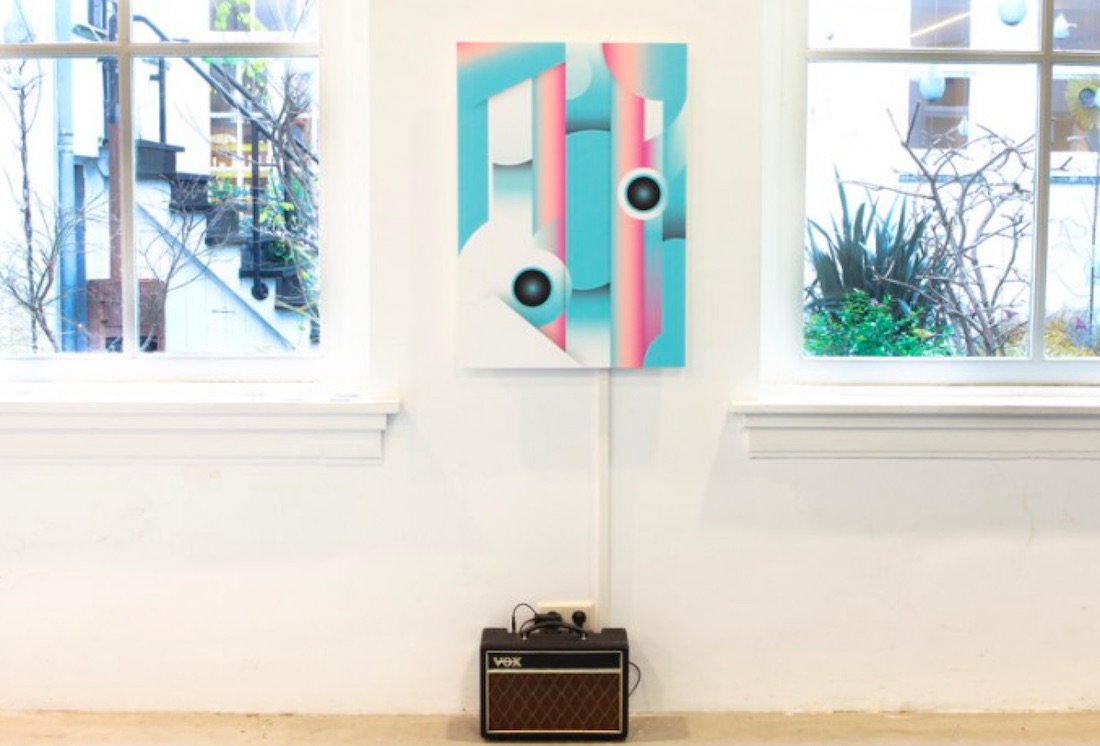 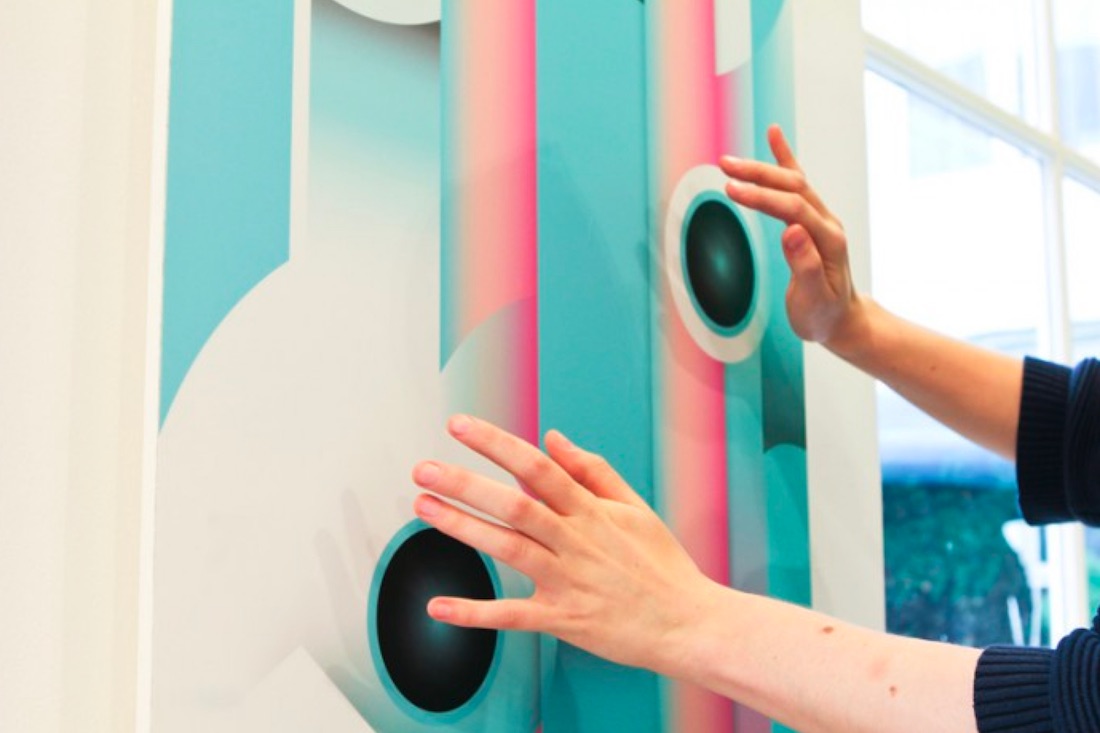