‘Paperman’ Producer Kicked Out of Oscars for Paper Plane

Swept up in the giddiness that came with winning an Oscar for their short “Paperman,” Walt Disney Animation Studios Producer Kristina Reed sailed a few paper airplanes from her place on the mezzanine level down to the audience while colleague John Kahrs gave his acceptance speech. (Paper airplanes play a pivotal role in the film.) 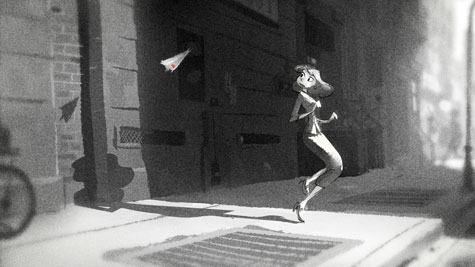 Security either hadn’t seen the movie, didn’t know who Reed was, or possibly mistook the paper airplanes for budget military drones. Whatever the reason, they booted Reed out of the ceremony.