Moleskine Notebook for Your iPhone

Despite striking licensing deals concerning every marketable property from “The Hobbit” to “Star Wars,” Moleskine continues to be beloved worldwide. In the runup to its Italian stock market debut this month, it’s even made what amounts to a couple of analog-digital treaties recently. In August, it was the release of the Evernote Smart Notebook. And probably coming soon: the AbracadabrApp.

Developed by Barcelona’s Honest&Smile advertising agency, the AbracadabrApp is much more fun than the all-business Evernote notebook. Described as a Moleskine that “works as an analog application for your iPhone,” the item is basically a vertical-opening sketchbook that acts as a low-tech Instagram studio for your smartphone. 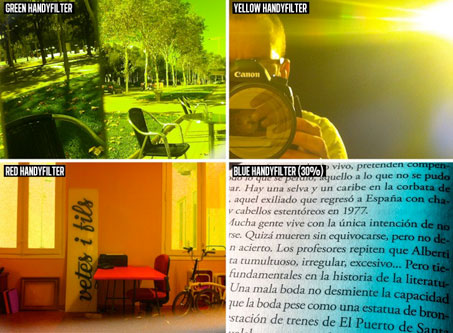 Pop your iPhone 4, 4S or 5 into the handy holder, position the small mirror properly, and use one of three colored plastic filters to record mono-hued, split-screen conversations between you and the person sitting opposite. (Check out the video below: It’s really something you have to see.)

However, the product has yet to be produced. Though Moleskine gave it its blessing, the AbracadabrApp is currently securing funding through a Kickstarter-like RockThePost fundraiser. Don’t worry – when last we checked, it was just $800 short of its $2,800 goal, and had 23 days to go. The question now is just what the heck you would want to use this for. Come on, creatives, we need ideas!