When technology website CNET comes a-knockin’ to discuss your paper project, you know you’ve done something extraordinary. But then just about everybody’s had a crack at Luca Iaconi-Stewart and his longtime labor of love: a (highly) detailed model of a Boeing 777-300ER airliner…made entirely out of manila folders.

There is something almost chilling about seeing this creation for the first time – for some reason Richard Dreyfuss sculpting a model of Devil’s Tower out of mashed potatoes in Close Encounters of the Third Kind keeps coming to mind. 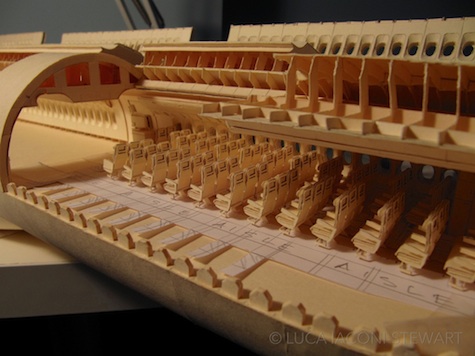 Why did he use manila folders? This is what they used to make “massing models” in his architecture class, and the material is just so darned versatile. As he told CNET,

“It’s strong enough if engineered properly, but also malleable enough to shape into a variety of parts. I suppose the same could be said for the aluminum that they use in real life. It really comes down to the versatility and the fact that they have a good ‘feel’.” 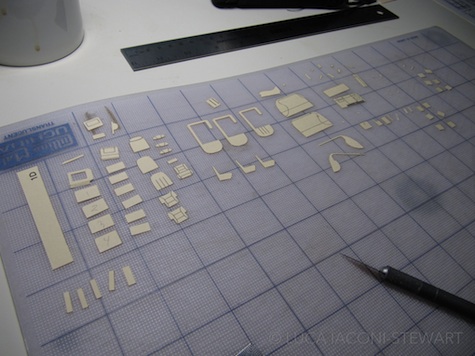 Just an amazing work of art; one that some museum will hopefully snap up once it’s completed. And for many photos of the work in progress, check out his Flickr photostream.