I love that the lyrics are represented on each card (which was quite a feat given the size), and the simplicity of the design which serves the music, making that the central piece.

Singer/songwriter Beatie Wolfe helps us kick off 2016 by completely redefining two things we kinda thought we already knew: music dissemination and paper. That’s because in addition to CD and digital download, her new album, “Montagu Square,” has just been released as a deck of NFC paper cards, each of which plays one of her songs when tapped by an NFC-enabled smartphone.

Promoted as “the world’s first album deck of cards,” these little beauties are actually 4-color-printed by MOO.com on duplexed Arjowiggins Conqueror CX22. We could go on about how gorgeously designed these cards are, of course, and we will, but let’s get to the main attraction, shall we? What makes these pieces sing?! 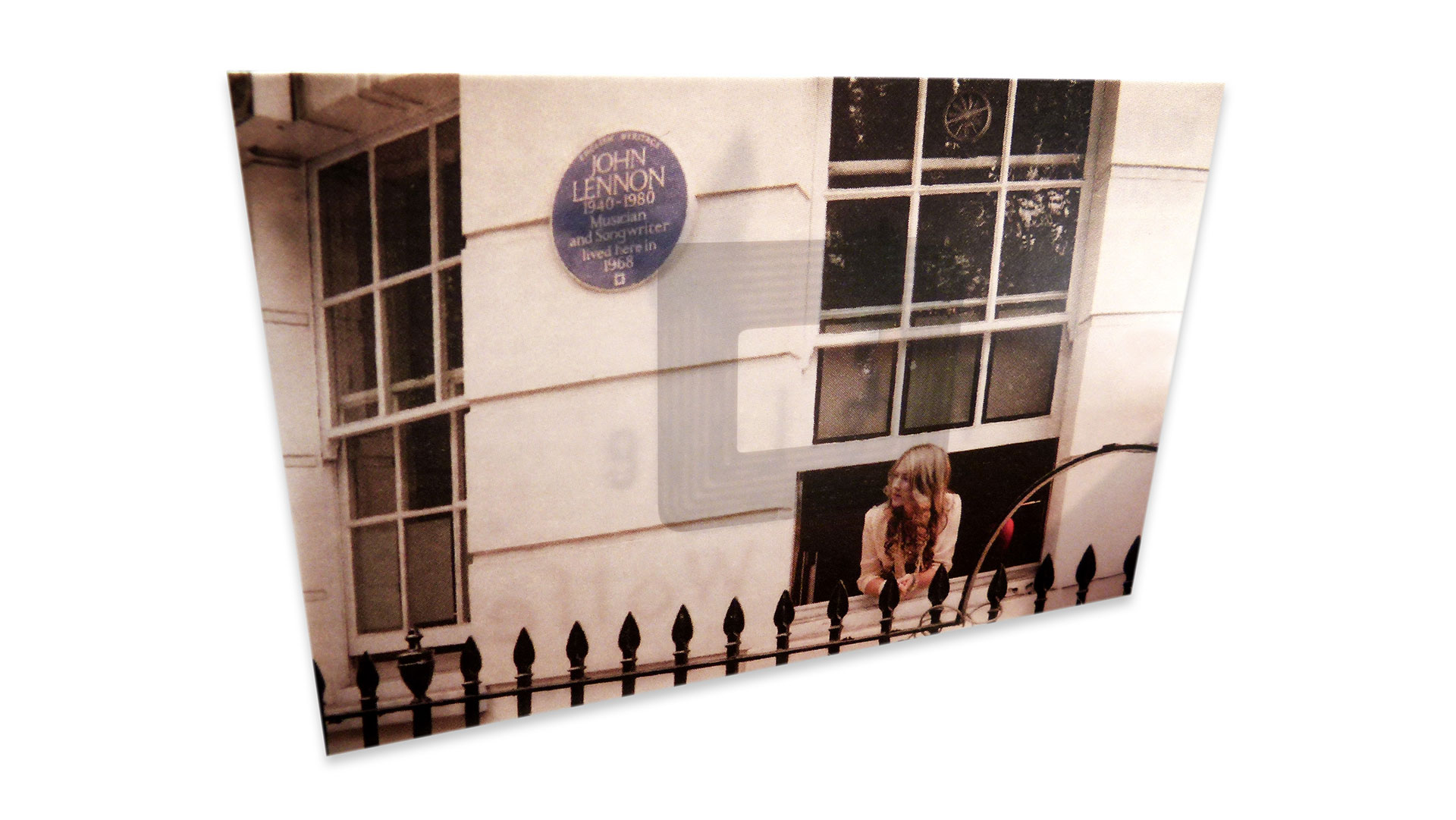 That magic is accomplished by the Conqueror CX22’s duplexing companion: Arjowiggins PowerCoat Alive. Each sheet comes with near-frequency-communication (NFC) chips built right in. (PRO members got a sneak peek at this technology last April.)

Beatie then used MOO.com’s proprietary online technology to assign one of her new songs to each of these eight cards so that when you tap one with an NFC-enabled smartphone, the device display’s the song’s artwork, lyrics, and allows you to play the song. (PRO members, we’re going to take you behind the scenes on this whole project, and explain how YOU can accomplish something similar, in a forthcoming PRO Tip in January. Stay tuned!)

All that aside, this is the PaperSpecs Gallery, after all, where we celebrate amazing design as much as innovation, and it has to be said: These are beautiful cards in their own right. 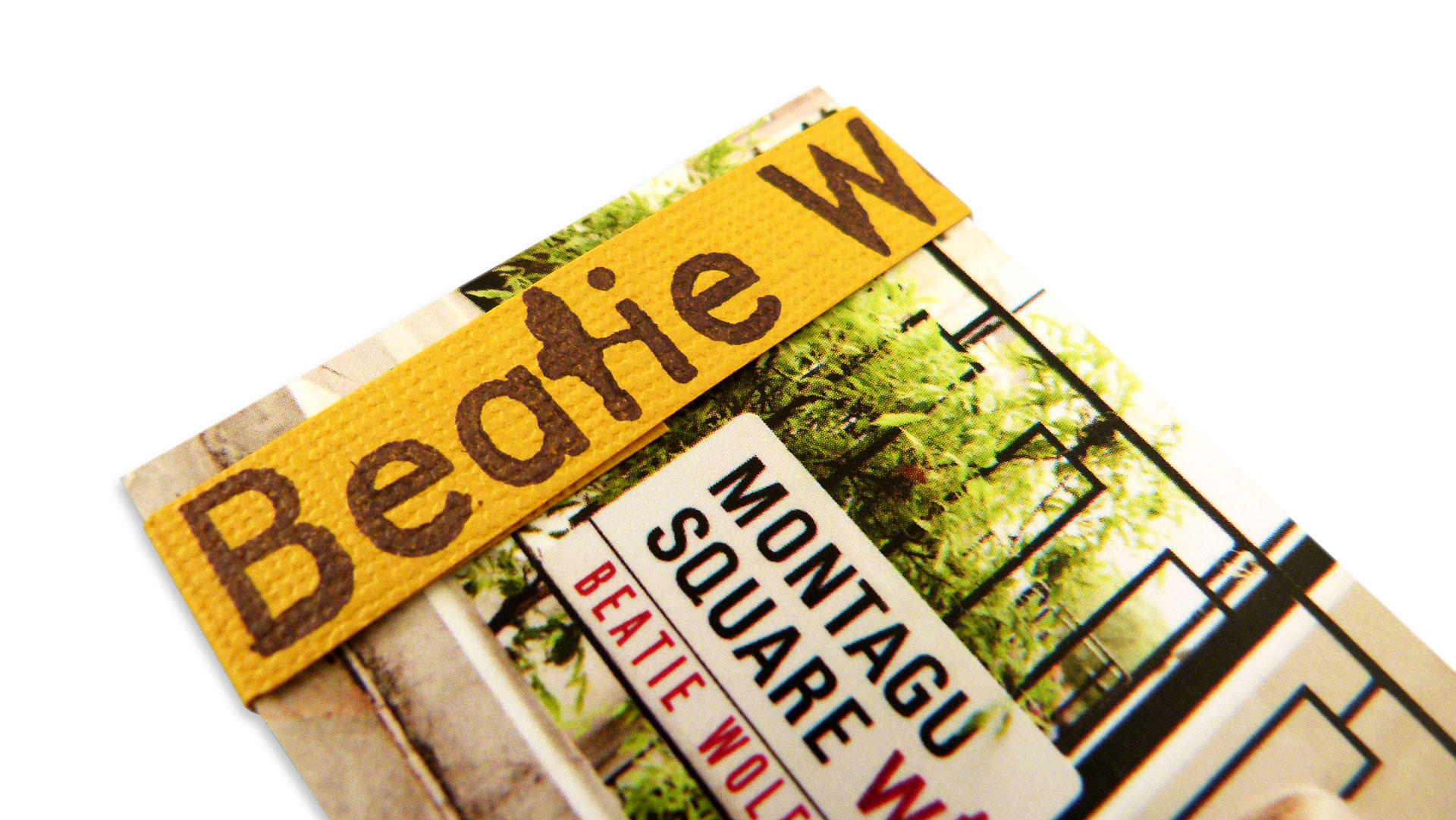 On one side of each card we get a different photo of Beatie. On the other, the title of the song, a simple design element evocative of that title (e.g., an eagle in flight for “Set Her Free”), and most impressive of all, lyrics to the song printed very small and light in the background.

“I am a great lover of both albums and the tangibility of records,” Beatie explains. “One of my favorite things growing up was reading records like books, opening them up and entering into the world of the artist, and I wanted to create that same feeling with my NFC Album Deck. The intention behind the design was to create a modern twist on the vinyl that would preserve some of the elements I love most about records – the lyrics, artwork, look and feel – while making it exciting and engaging for our digital age, achieved by the ‘smart’ paper angle.”

So is this the future of recorded music? Probably not. But is it a bold experiment, rife with potential, in blending our paper and digital worlds? Absolutely. And you absolutely don’t want to miss our PRO Tip exploring the creation of the Montagu Square NFC album deck! 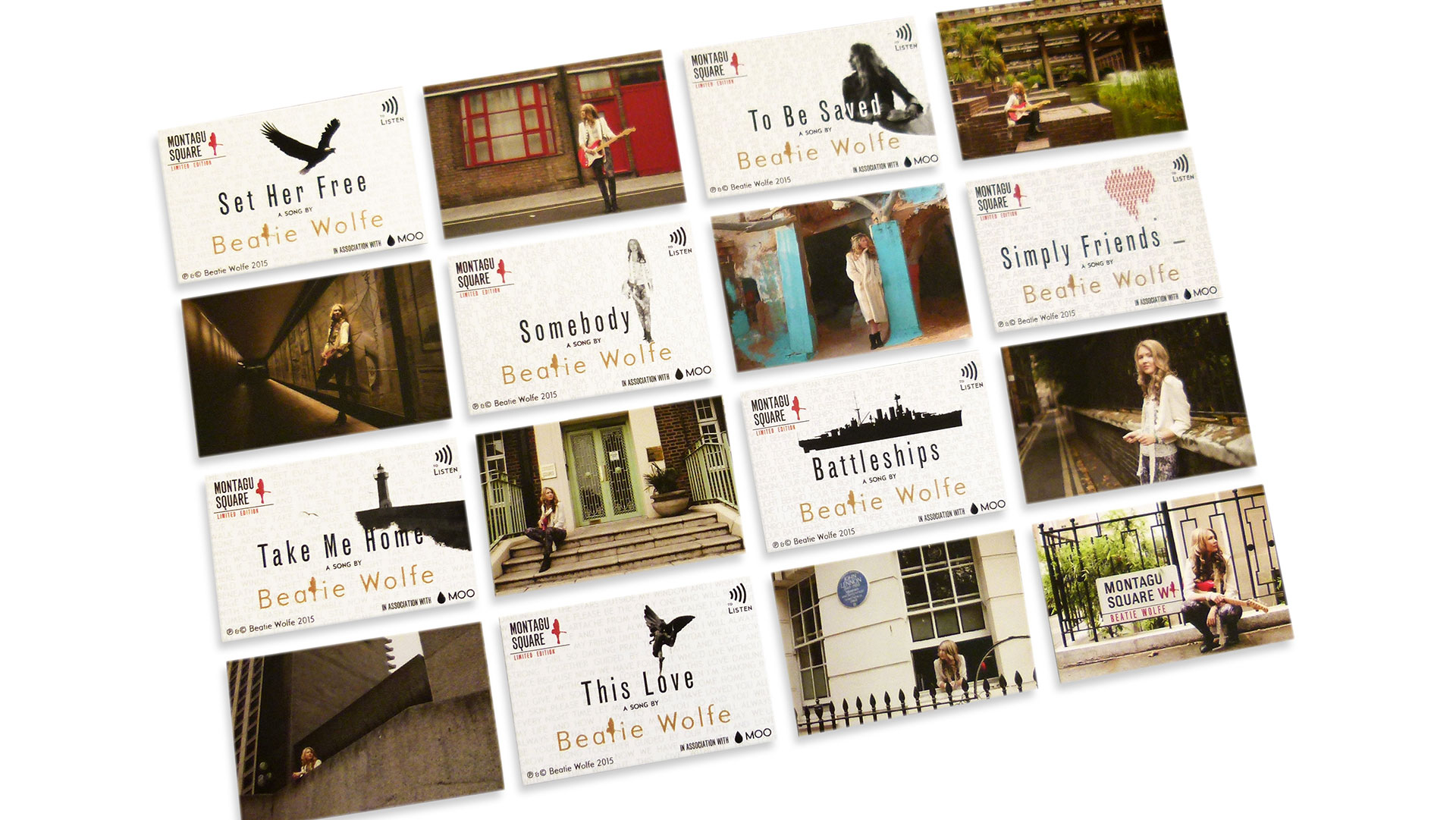 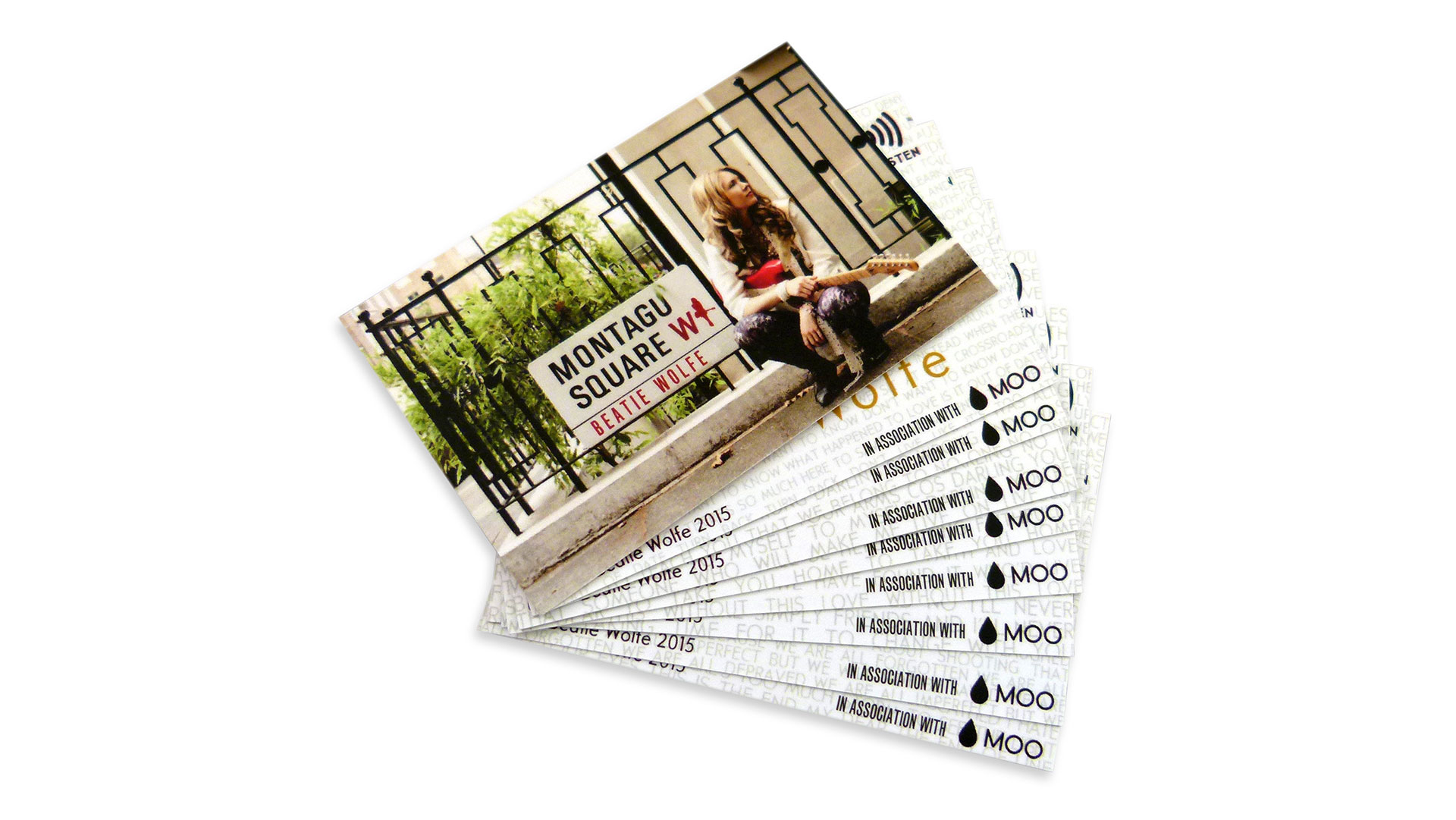 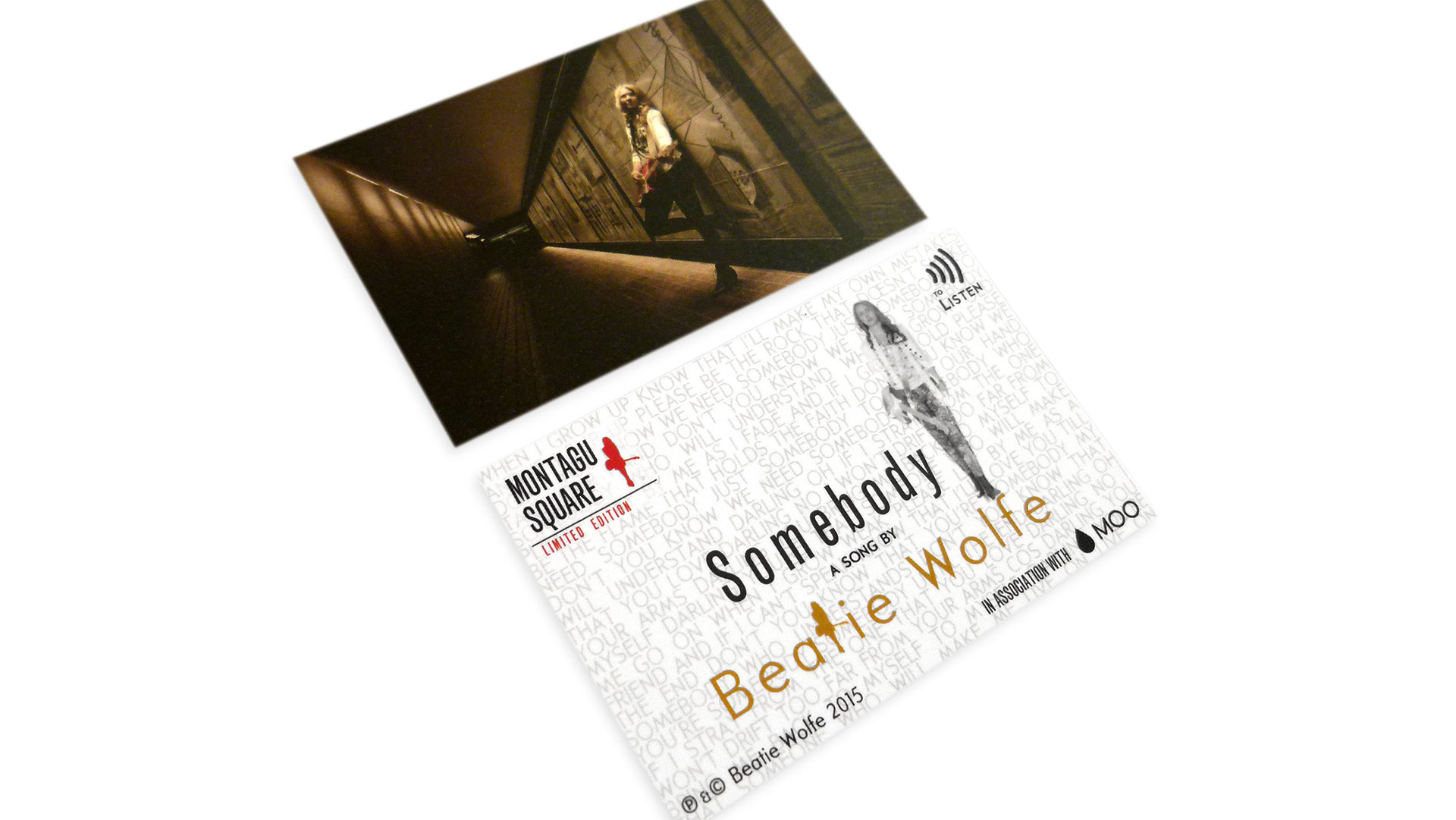 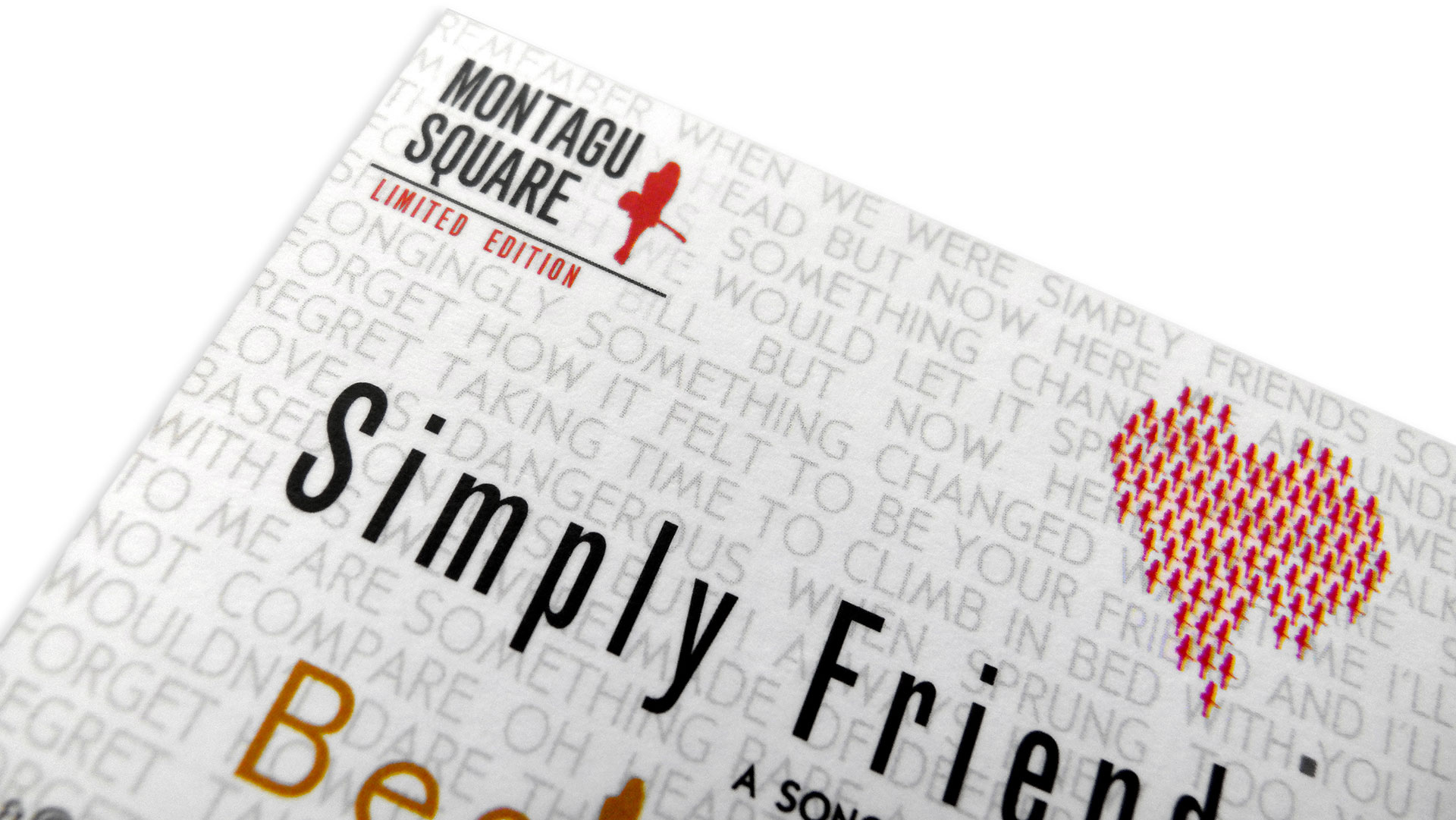