Good design can impress. Great design can transport you to another world, or give you a fresh perspective on this one. RheinRevue, a self-published, handmade, accordion-fold book by German photographer Christiane Haid, uses clever folds and 71 insightful snapshots to recreate the sense of traveling alongside one of the world’s most famous waterways.

For 3 years, Christiane took Polaroids of scenes “whenever I found time to travel and walk along the river” Rhine (or “Rhein” in German), “from the source in Switzerland to the mouth in Hoek van Holland.” Determined to share that feeling of discovery in print, she teamed up with designers Ulrich Pohl (who supplied layout and technical support) and Gerald Geffert (typographical advice), both of whom helped her bring that ambitious idea to life.

Offset printed CMYK by Ruksaldruck on 260 lb. (400 gm) Juwel Premium Preprint, the cover features a photograph that sets the dreamy, thoughtful tone: two people on a bench gazing out over the river. 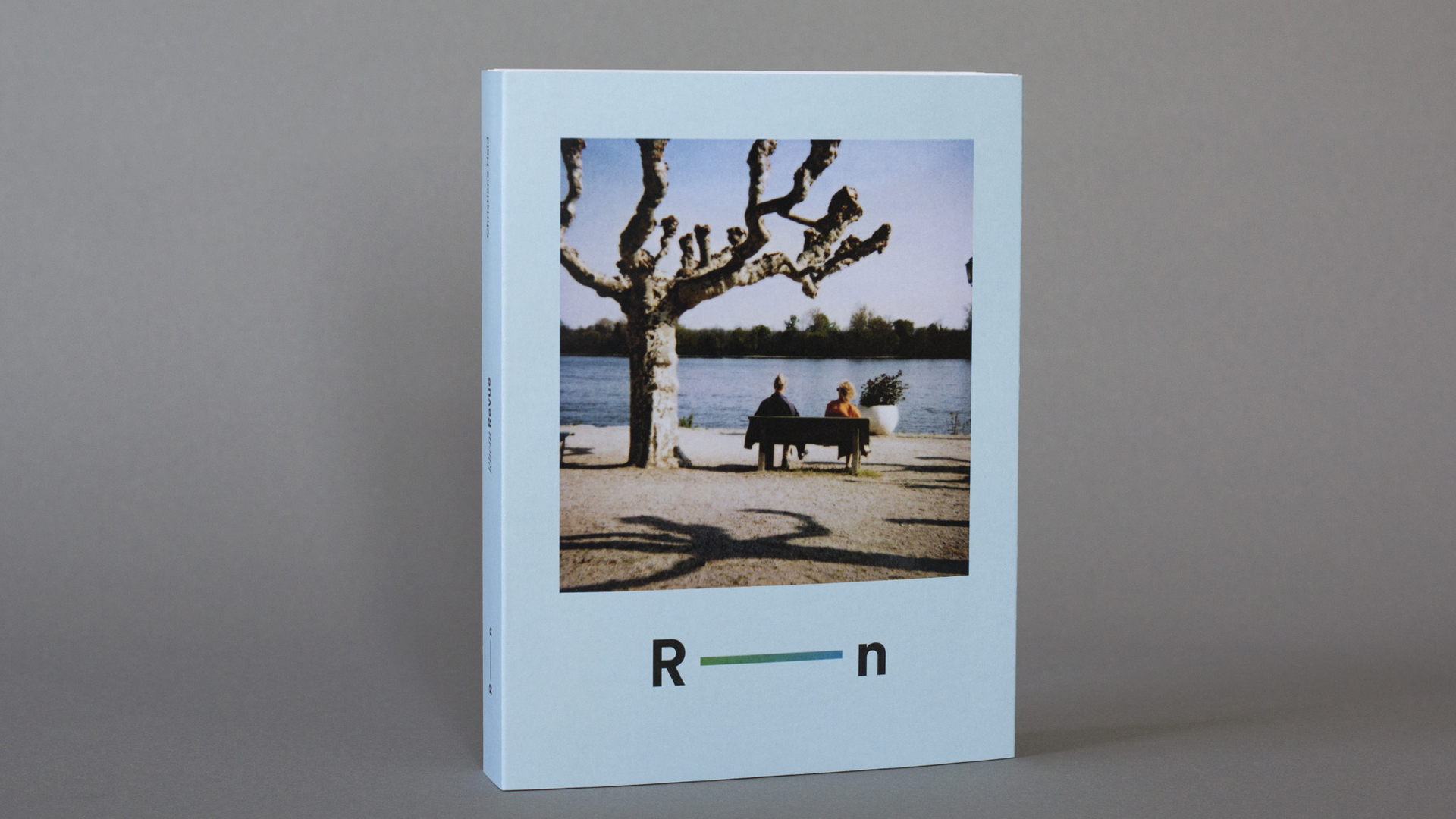 The Power of an Accordion-Fold Book

Closed, the 80-page book resembles a larger version of those ubiquitous fold-out DVD box sets; open it and you discover a gatefold, and within those gates, two panels. The left lists various things associated with the river and its surroundings, such as “rock,” “wine” and “nature reserve,” in German. “I wanted to keep this part very small because this project is a visual journey,” Christiane explains. “The words are floating terms to stimulate reflection and reflect the history of the Rhine.”

The panel opposite expresses a more poetic rumination on the river (in English), including the description “Longing and transience against a backdrop of time and nature.” Opening the panels reveals two sets of accordion folds [PRO Tip: Taking Accordion Folds from Humdrum to Extra Fancy] of photographs. 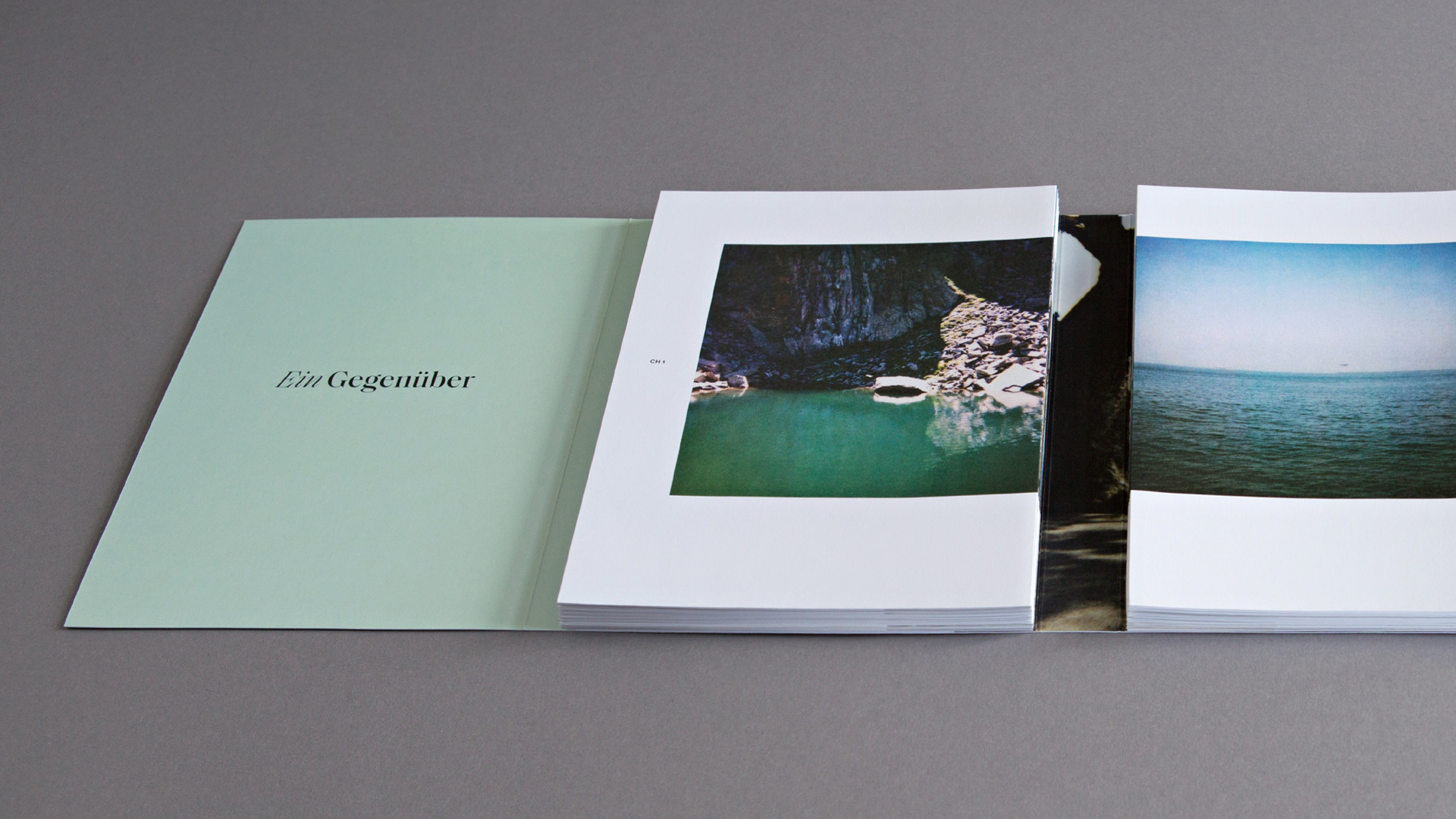 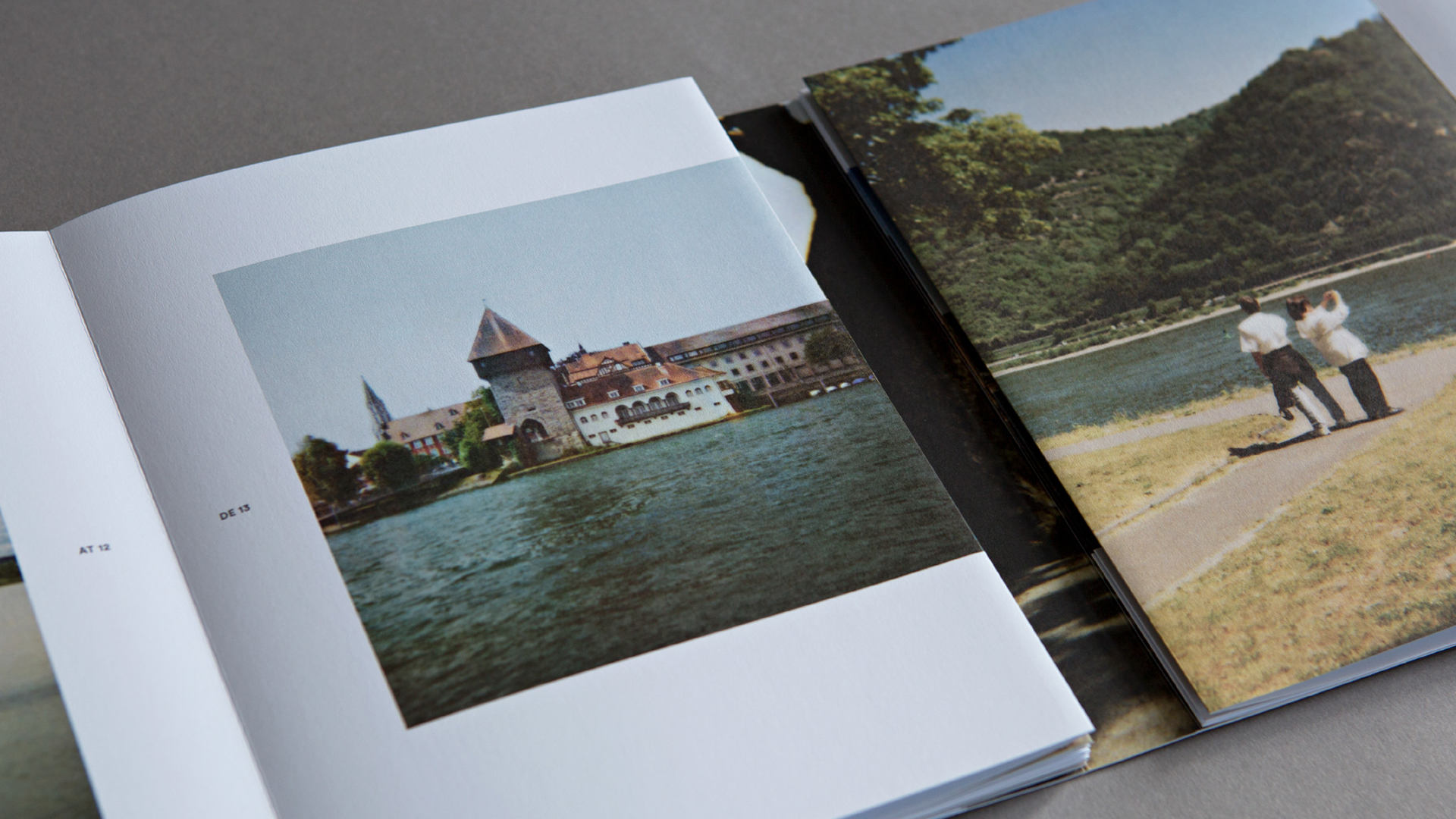 Printed on uncoated PlanoArt paper “for a natural feeling” and bound by hand by the photographer herself, the accordion-fold design serves two purposes. First, by unfolding each section, you see one image after the other pass before your eyes, simulating the feeling of drifting down the river. 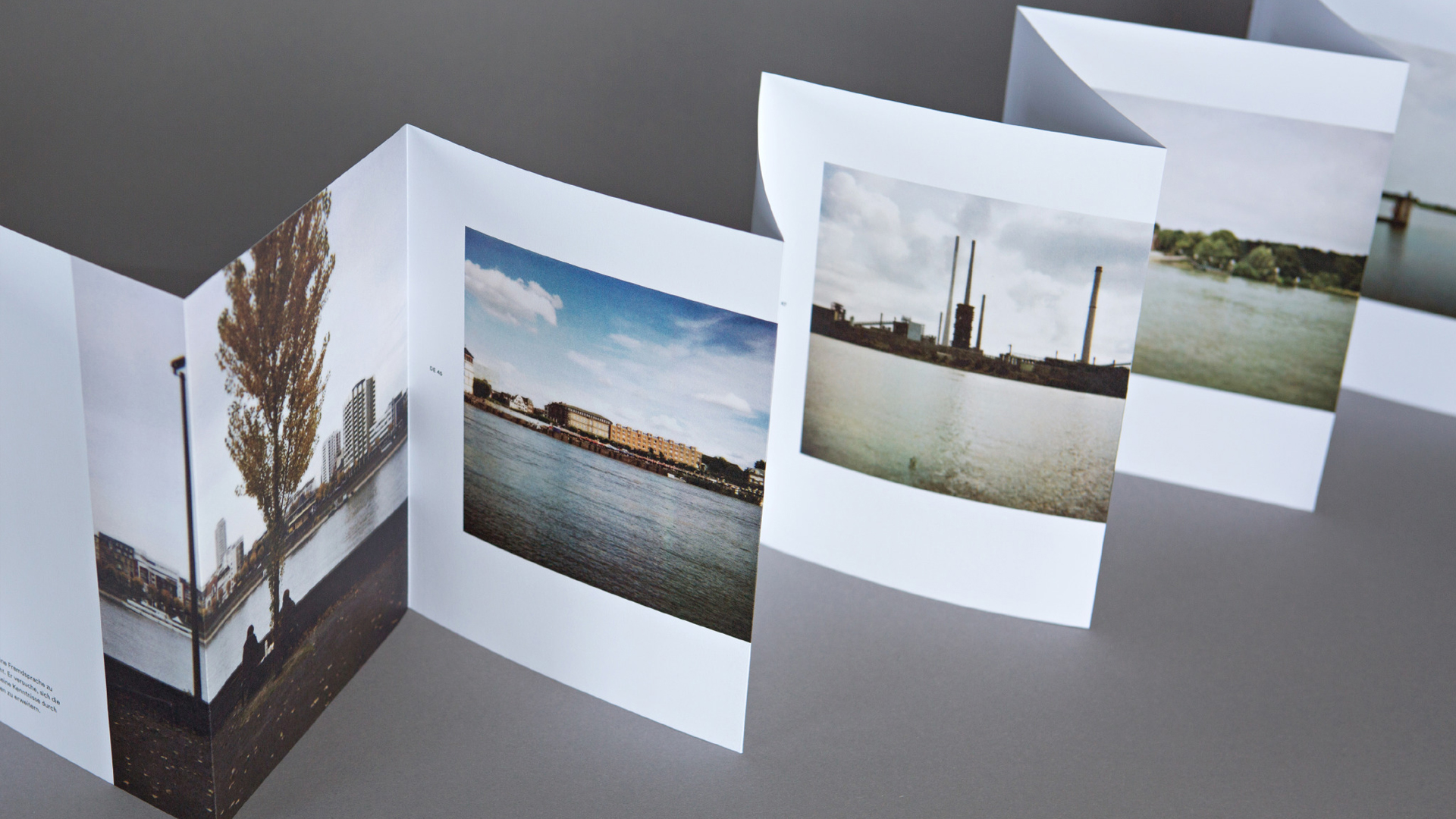 And by placing two accordion folds side by side, “the viewer can scroll from the center in two directions, to the source and the mouth of the river,” Christiane explains. “The result is a flowing portrait that packs excerpts of the 1,233 kilometers into a 12 meter long fold-out” book. It also connects “the individual pages nearly invisibly.” Completely opening up both accordion folds reveals beneath them the same photograph glimpsed on the cover, making it appear as if the people on the bench are watching all that we’ve seen in the book go by. 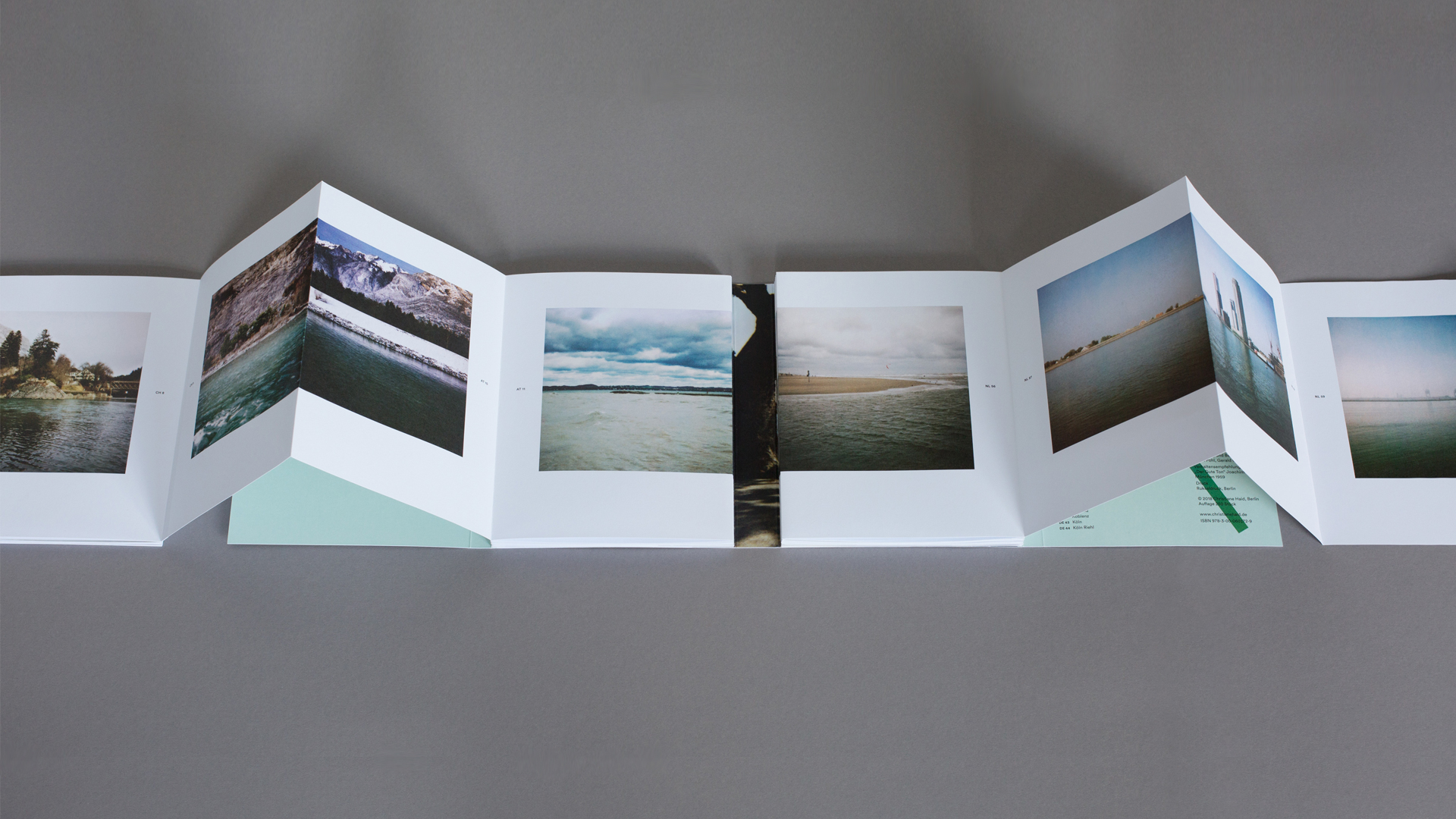 “During my journey I found a book near the river,” the photographer reveals. Produced in 1959, it contained short quotes about aspects of interpersonal behavior, such as “the cordial greeting” and “fondness.” She used some of these alongside thumbnails of her photos in an insert sheet included herein as a commentary on “the idea of the impermanent moment in photography, as well as in life.”

A lot of lessons were learned during the 9 months it took to bring her vision to life, she admits. Chief among these: “Be patient and passionate; what convinces you convinces others. Also, you need enough time for planning, calculation and design, and the knowledge of an experienced printing company. There are always things you can’t calculate.” And finally: “Keep calm and create a dummy so that people can understand your idea!”

Hmmm….“Keep Calm and Create a Dummy” –can I get that on a T-shirt please? 😉 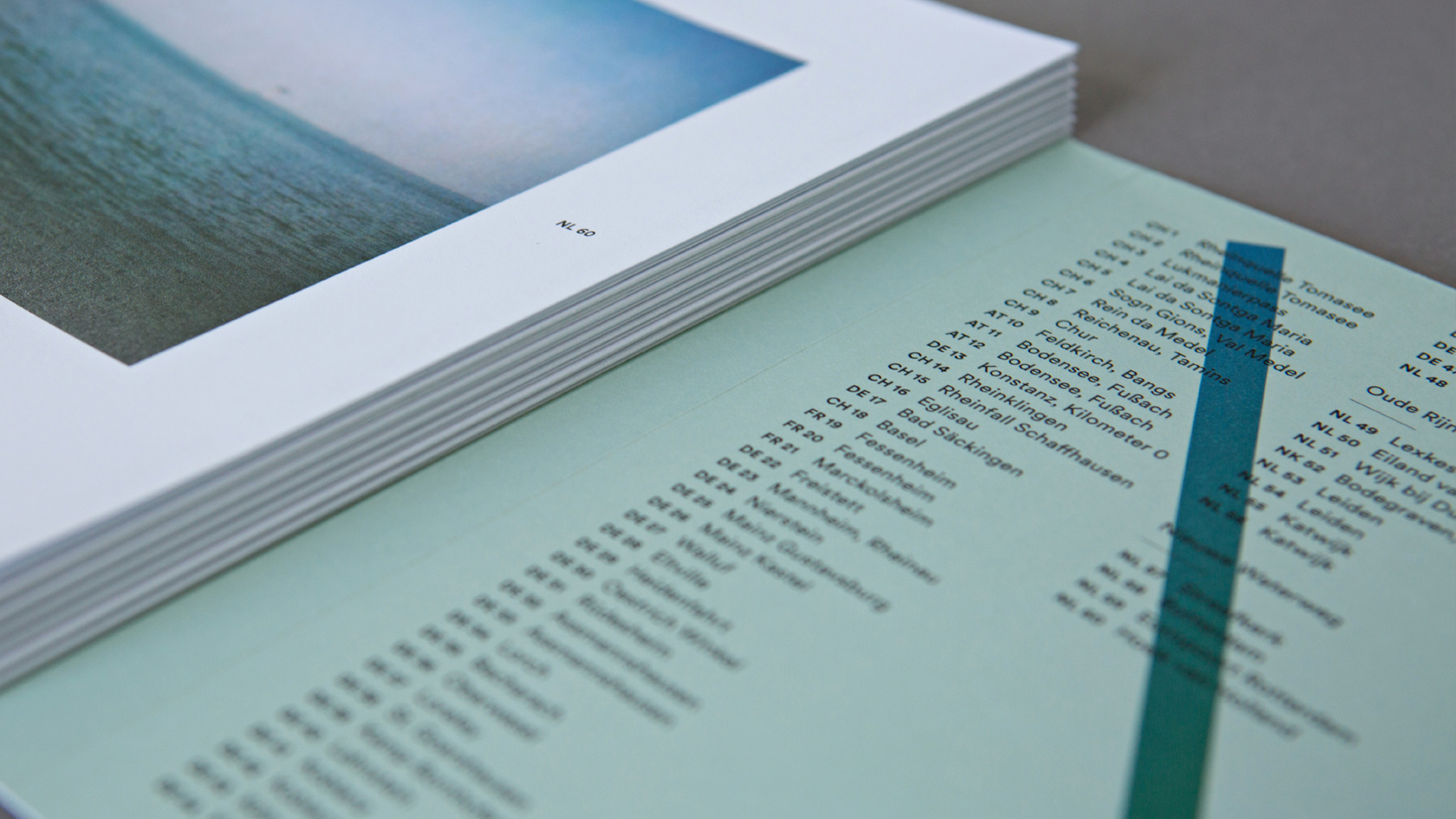 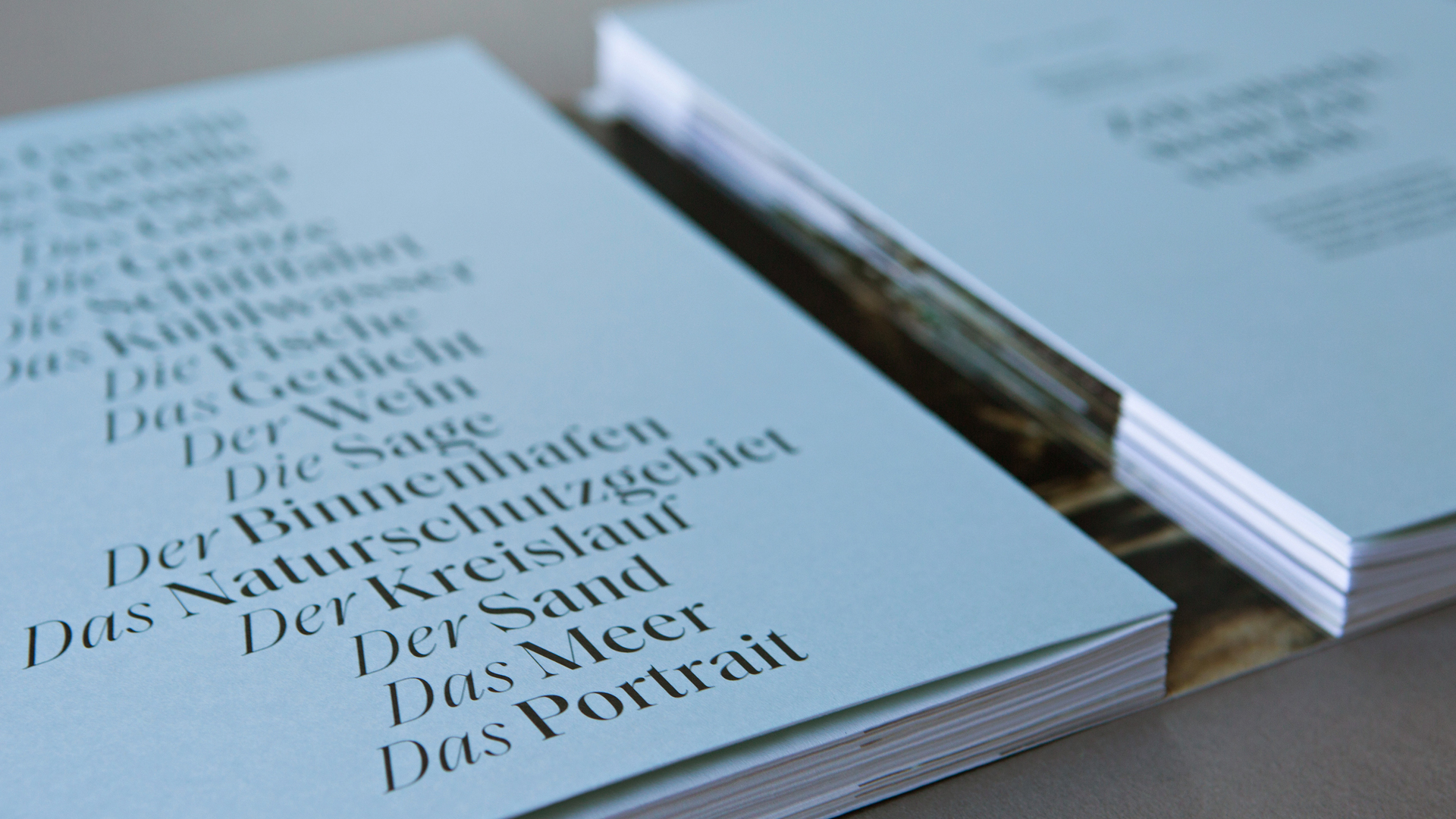