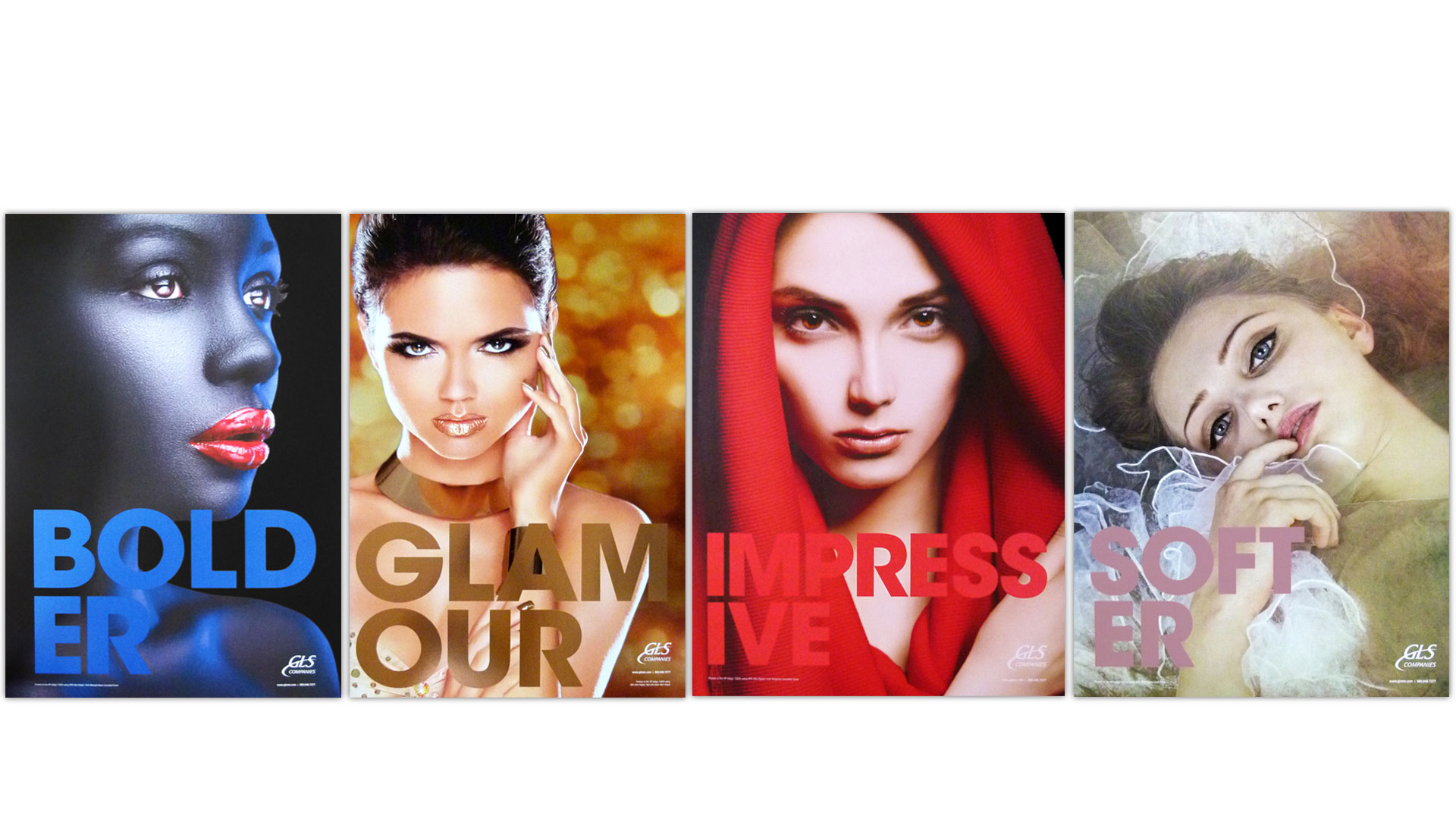 Whenever I go into beta testing I want something that’s just going to be ‘Wow!’

Somewhere in Minnesota, a self-professed “magician” has hit upon the secret of mass producing human beings. I’ve seen them. More worryingly, I think they’ve seen me. How could they not with those haunting, haunting eyes? “They” are the models who smolder and pout at us from four breathtaking sheets digitally printed on the HP Indigo 10000 by GLS/Next Precision Marketing. The secret ingredient to bringing forth life from nothingness? Digital white ink. 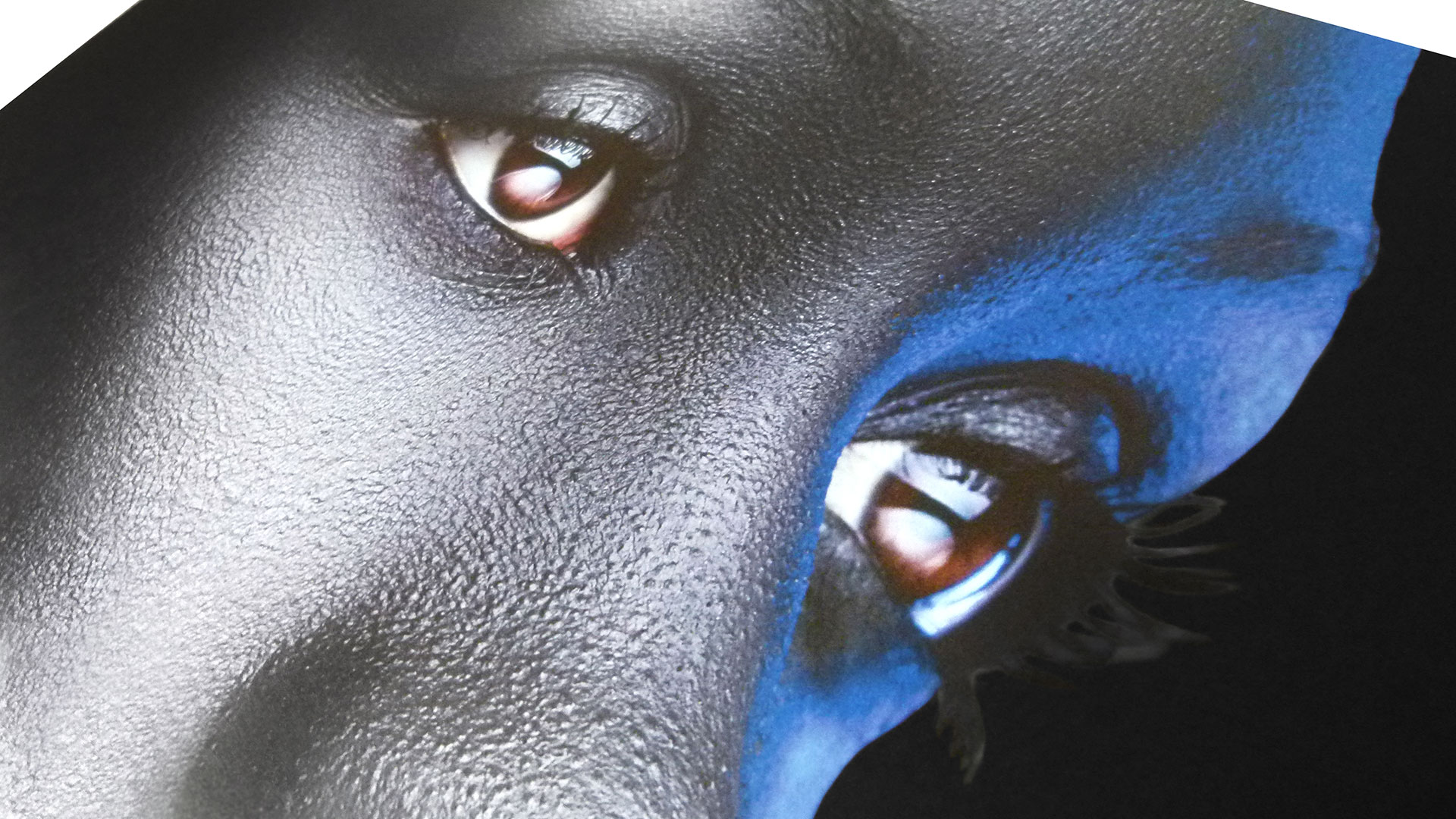 The third printer in the U.S. to install an HP Indigo 10000, GLS/Next was eager to try out the company’s new white ink. Despite being told by HP that what he planned to do would probably not work, Jim says he couldn’t see promoting the brand new feature to potential clients with just another color chip chart. “I really wanted to see what craziness I could get out of some different colors” combined with the digital white ink.

What began life as a crazy experiment ended up as four sublime examples of just what digital printing can do when matched with the perfect paper for the job.

1. ‘Bolder’
After chancing on this photograph during a presentation, Jim found the ideal paper to print it on: GPA’s Ultra Digital 100 lb. Black Uncoated Cover. “It’s a wiry sheet so all the fibers are pretty much standing on end,” Jim explains. So the more clicks of white used, “particularly on her lips and her eyes, the more that white ink starts to impregnate and fill in those fibers. And then the CMYK comes back over the top, which is why it takes on a sheen, almost.” This print took 3 clicks (the digital equivalent of “hits”) of white.

“For me to do that on our 6-color Heidelberg press I’d need two white plate units plus the CMYK,” says Jim. “Then more than likely I’d also waste a skid of paper trying to get that one poster.”

2. ‘Impressive’
This cornea-searing red vision is, as its title suggests, “impressive” in and of itself, particularly with the way the scarf uses the sheet’s own natural grain (GPA Ultra Digital 110 lb. Tangerine Uncoated Cover) to add an eminently tactile quality.

However, it was while he was experimenting with this piece that Jim made his greatest discovery. Even with all of the white ink used, her face took on a pinkish cast. “Then I was like, ‘Hey, let me pop the orange in there once and see what happens.’ I popped it in and went, ‘Holy crap, look what that does for flesh tones!’”

3. ‘Glamour’
A complete show-stopper, this was the print that almost wasn’t, says Jim. “They were really shocked on that one saying you can’t get that through the press because it’s going to arc and it’s going to shut down the press. But what I learned playing with my smaller presses, I can make any true metallic color utilizing 4-color. So that’s where I started with the words on Glamour, and obviously the white on certain spots…and let all the bubbly background on the side take on a more metallic dimension to it.” 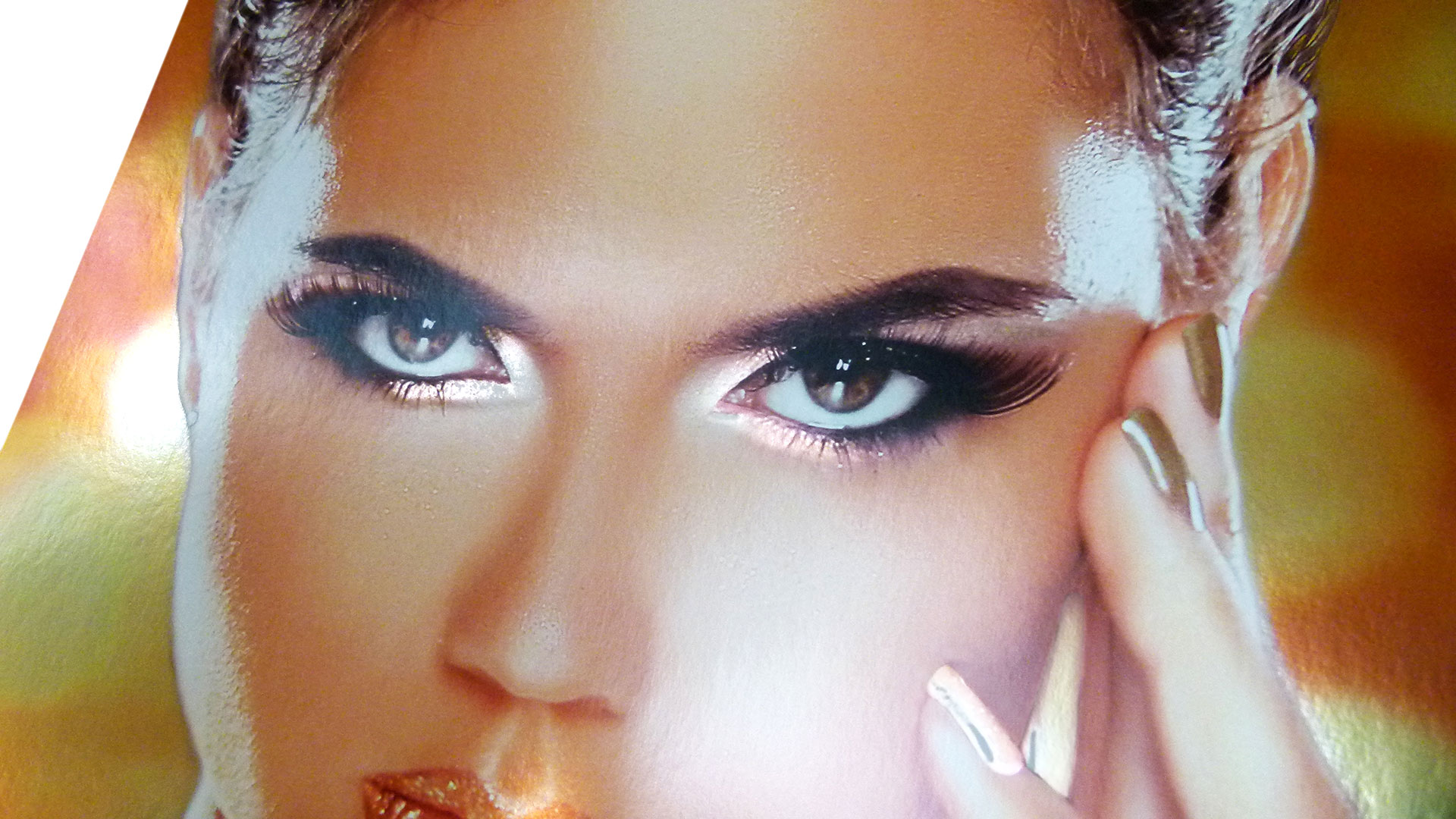 4. ‘Softer’
“When I selected these images I was really zooming in on the clarity,” he explains. “I can see hairs on their face, the eyes, and just how crisp everything is.”

This is nowhere more apparent than in this print, easily the most-lifelike representation, though with a disturbing quality you can’t quite put your finger on. (Perhaps it is those intense, haunting eyes.)

“I wanted a vintagey look there,” Jim admits. “The only white is under the word ‘Softer’ in the lace and just in a small area on her face. And the rest of it is just straight 4-color on (GPA Ultra Digital) kraft paper.”

Together, these GLS/Next posters not only demonstrate how effective digital white ink can be, but prove that, in the right hands and on the right paper, even the greatest miracle of all can be worked by digital printing – the bringing to life of an image….or four! 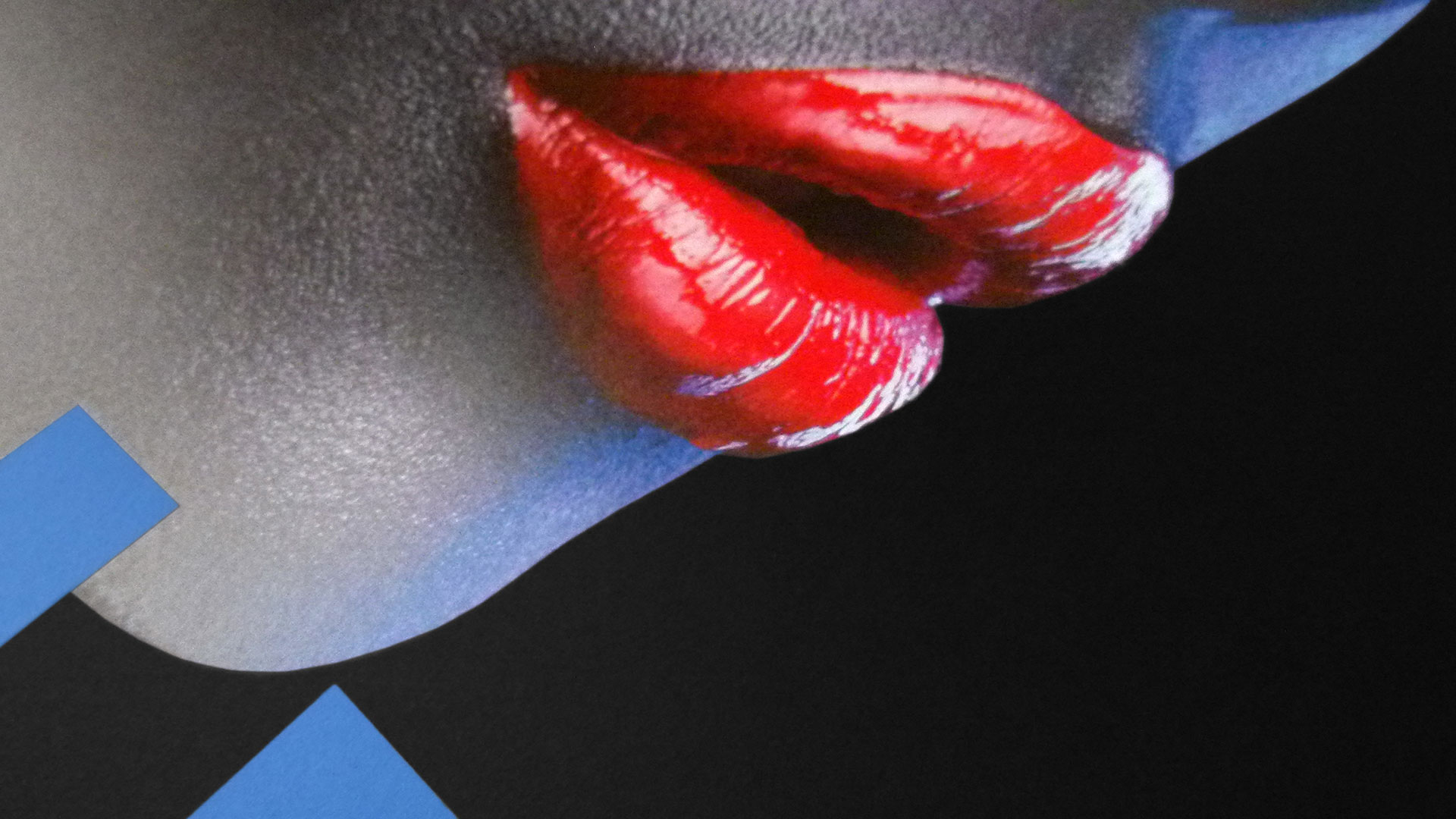 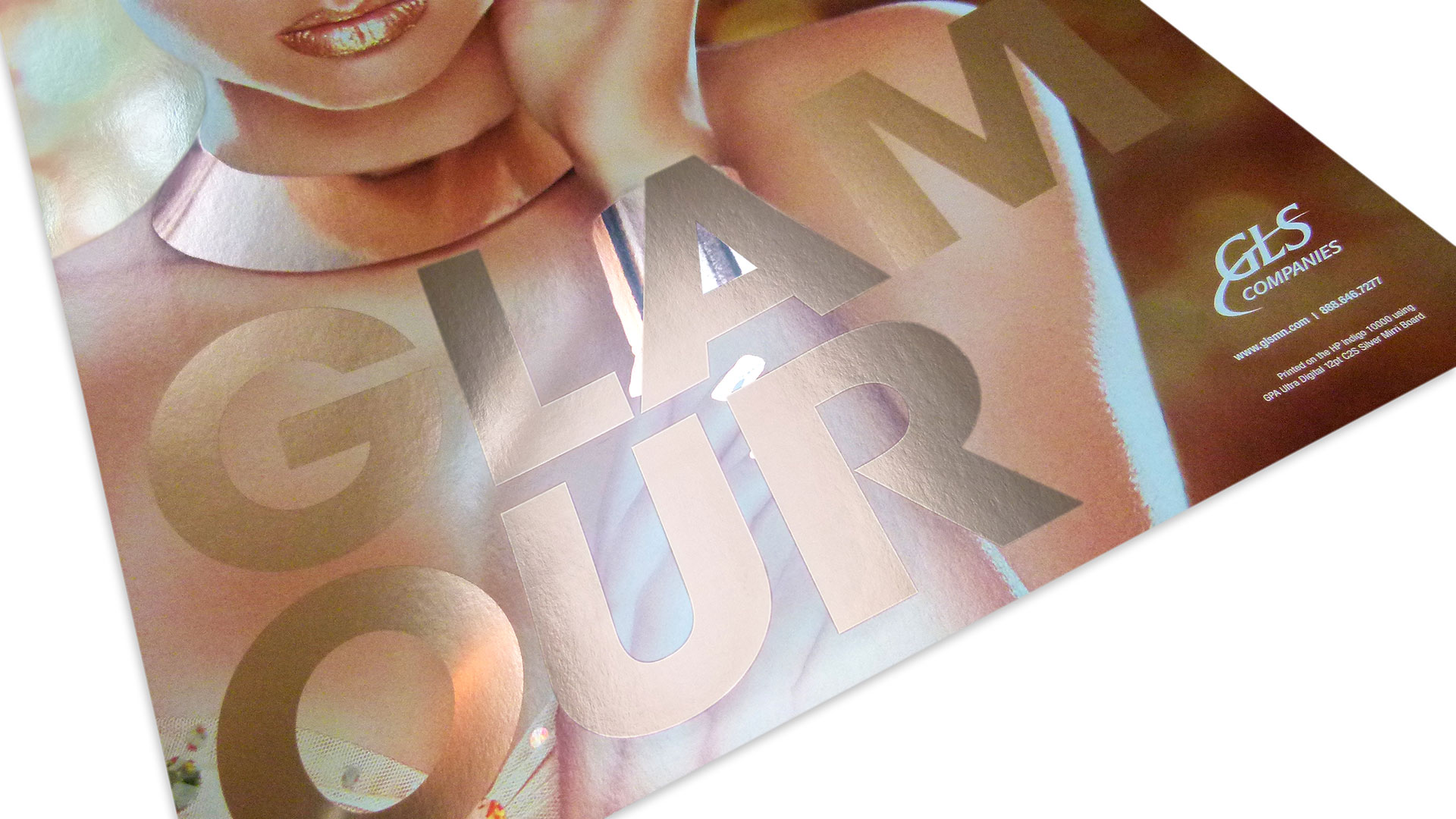 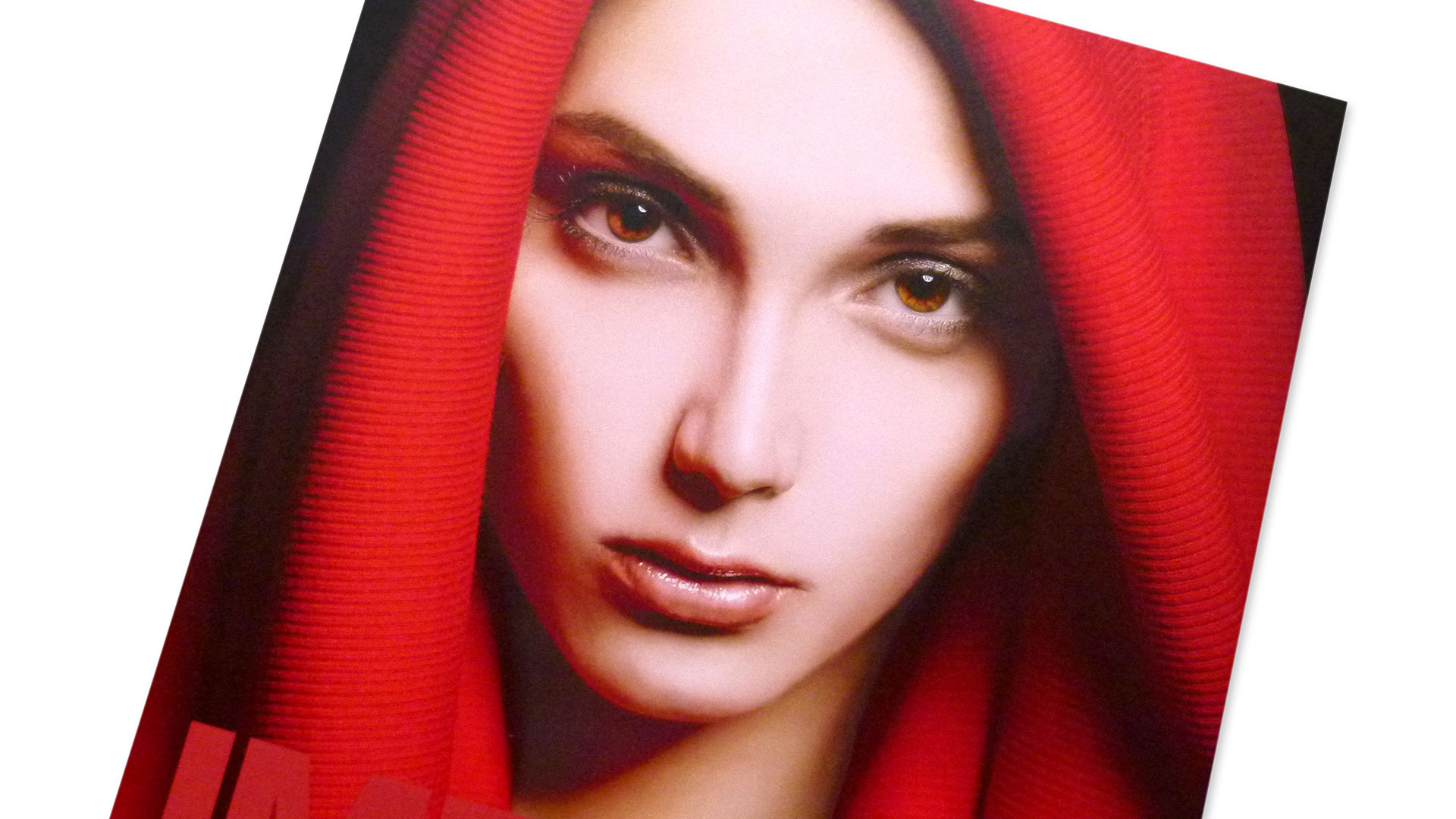 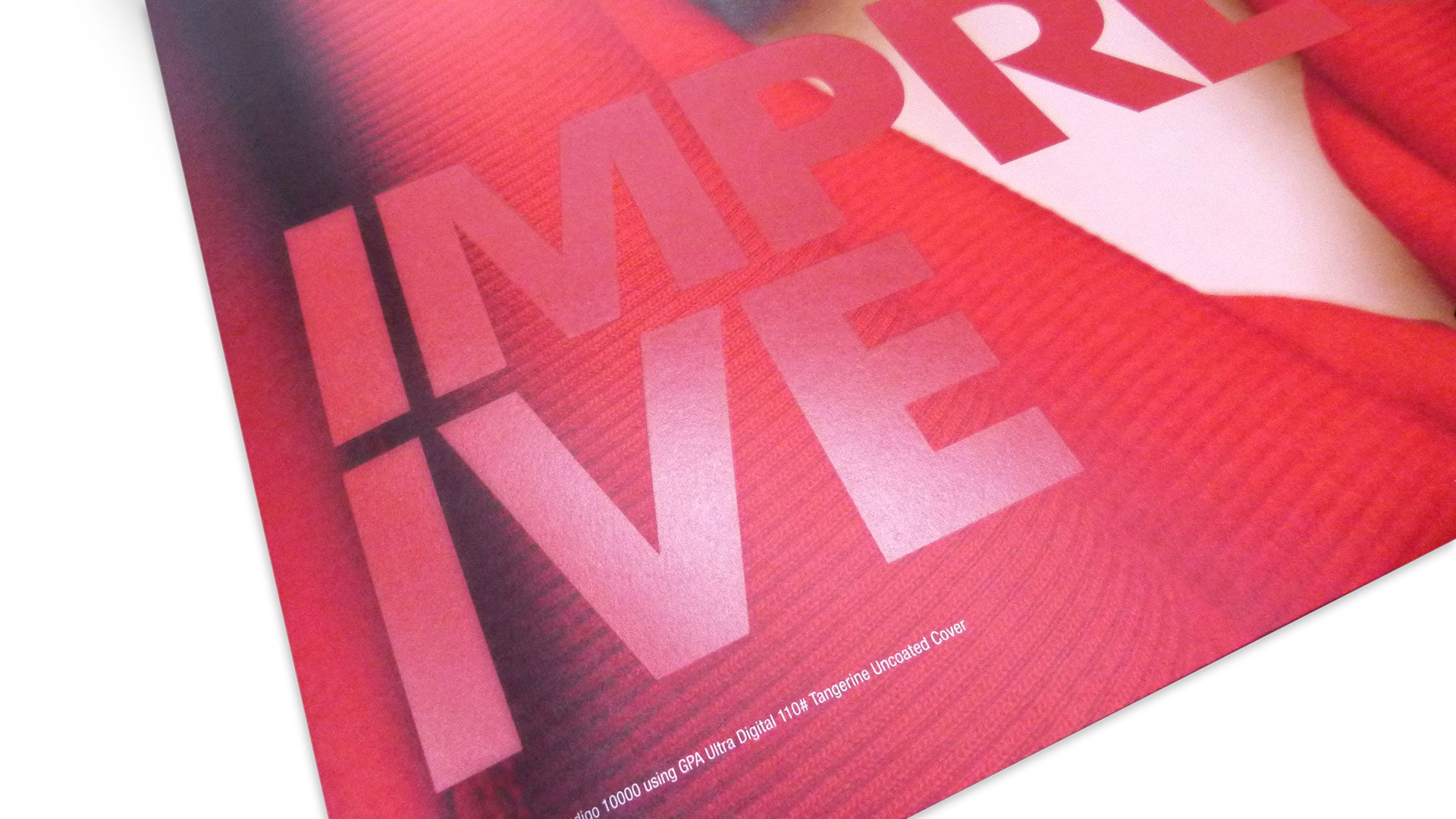