We learned about a unique era in the history of California.

More than 150 years later, as a tribute to the spirit of the California Republic, Lost Republic Distilling Co. was founded in Healdsburg, CA. In 2015, the distillery challenged Auston Design Group to create the brand image and package design for its new bourbon brand, Lost Republic. The key direction of the brief was for the agency to include a storytelling element of the California Republic itself. 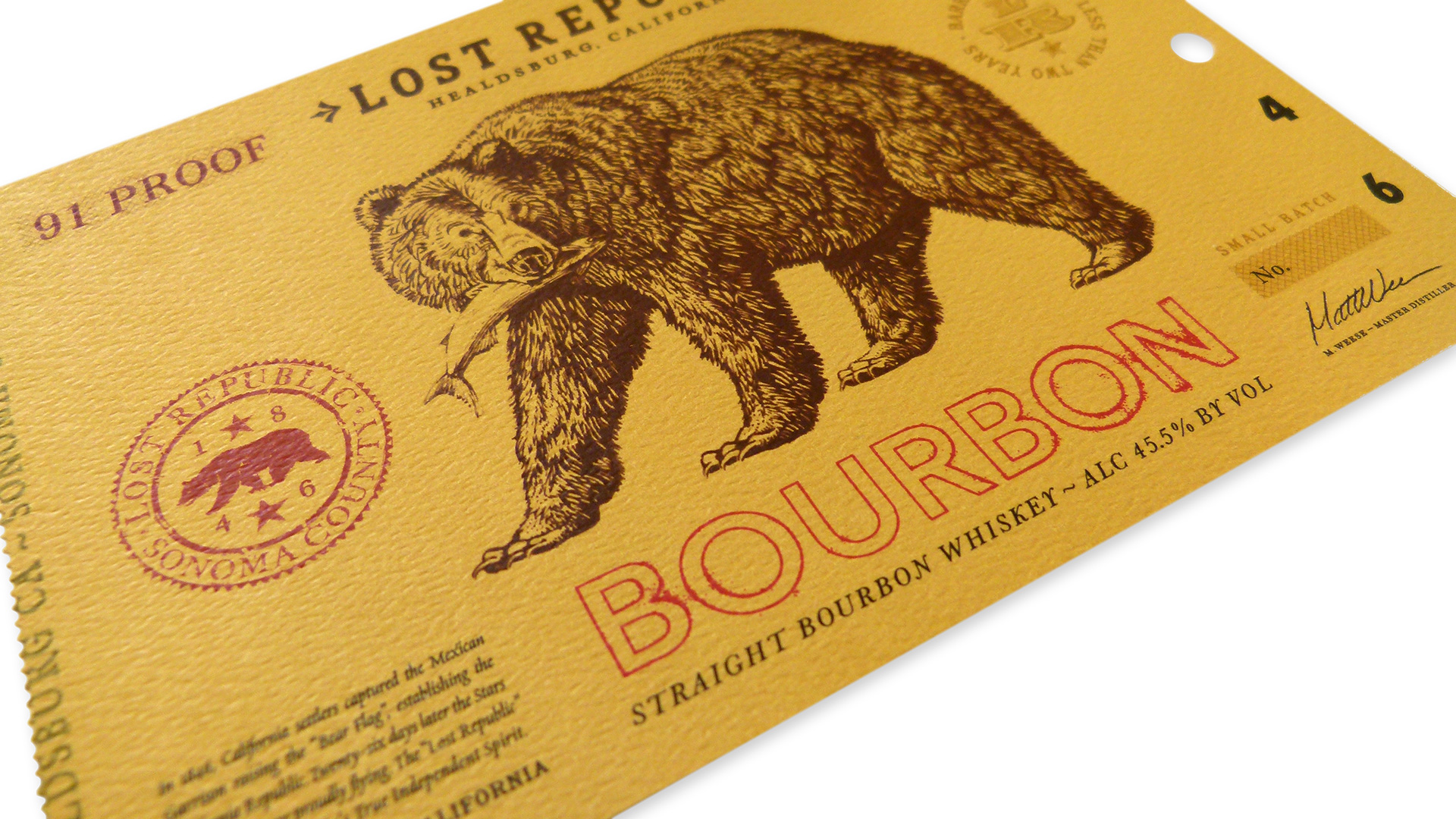 The die-cut label for the bourbon is meant to evoke the 1846 Sonoma, Calif., sense of time and place, which is reinforced by the paper’s felt texture. Auston Design Group chose to print on golden yellow Fasson Eggshell Felt 70 lb. Text because it is representative of California’s golden hills.

The feature image is a hand-drawn woodcut-style California Grizzly Bear, reminiscent of the one emblazoned on the California Republic flag. The rugged yet upscale design also includes a debossed simulated rubberstamp Lost Republic seal, a custom die-cut and a digitally printed foil tax-stamp style tamper band. The design left room for special touches that are handcrafted — like the bourbon itself — including a box where the distiller can write the batch number and a spot for the master distiller’s signature. 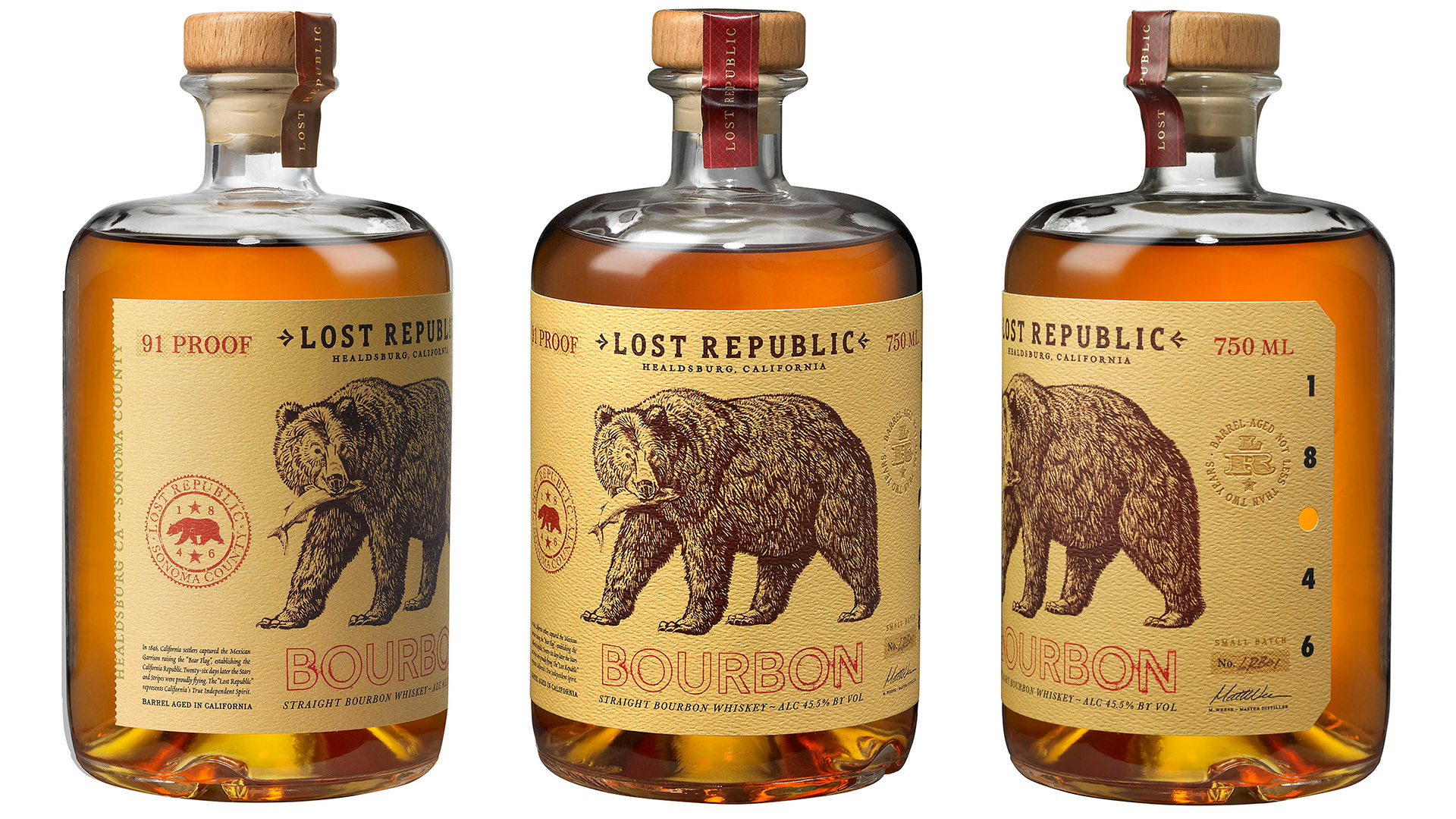 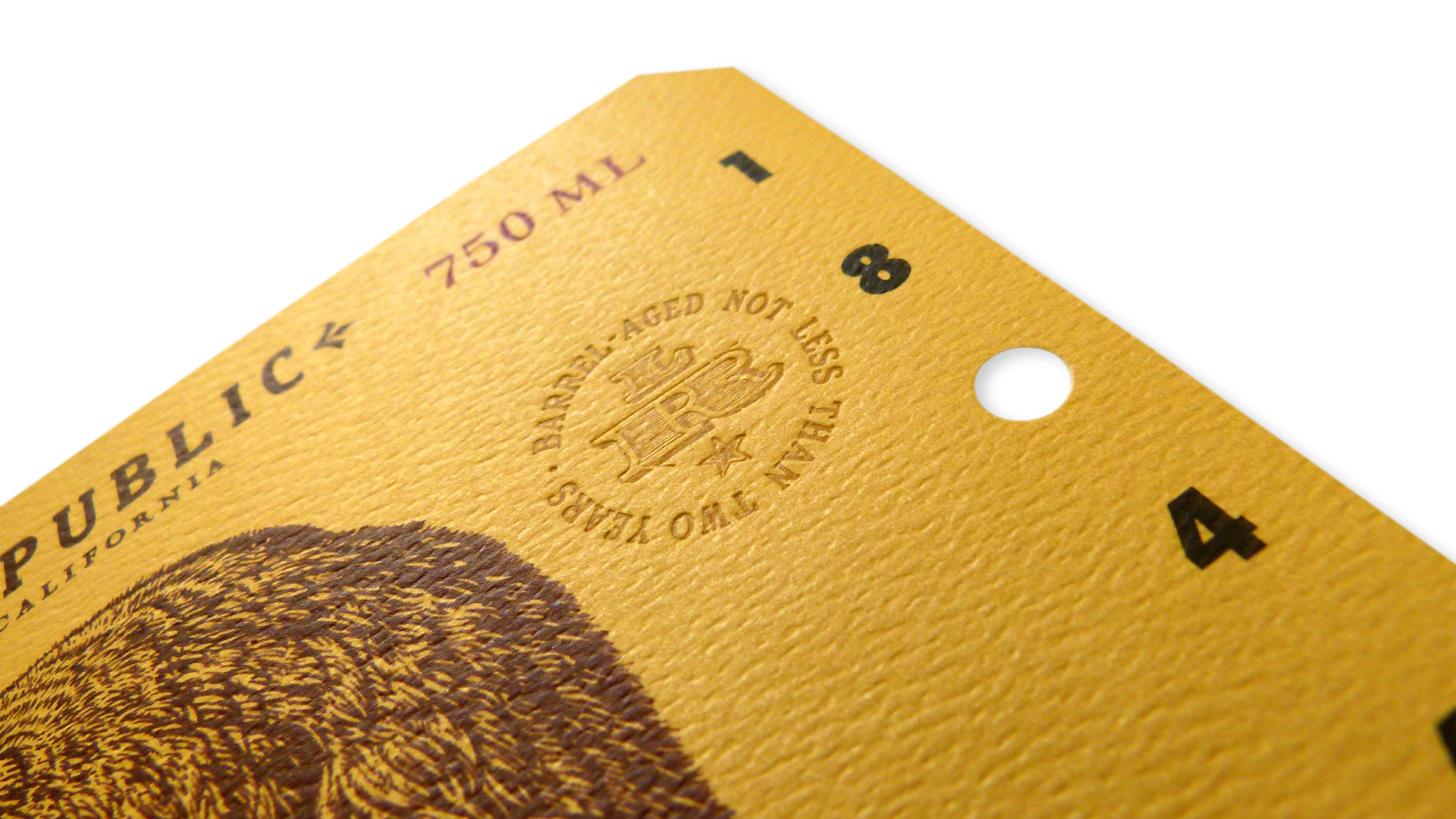 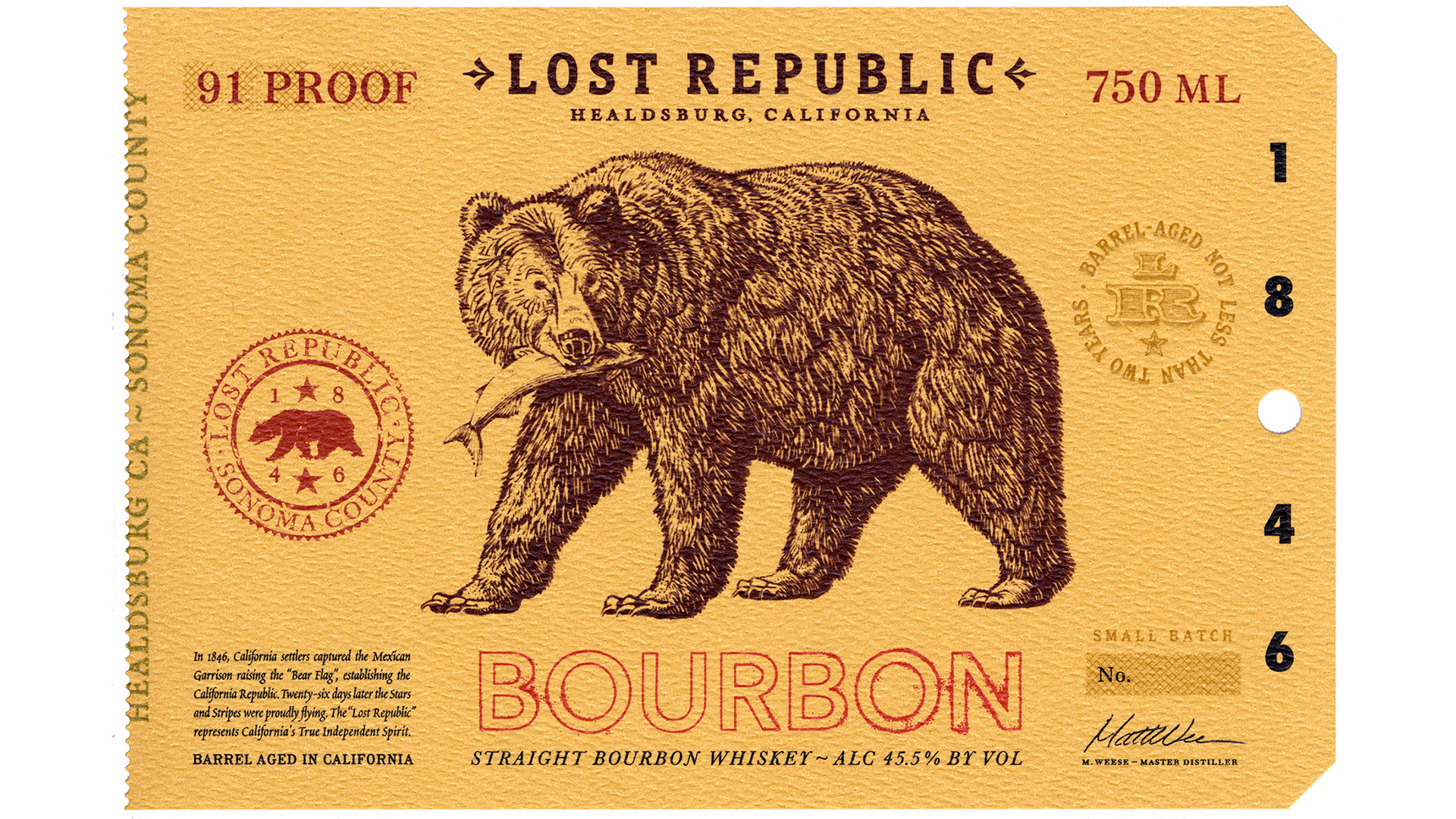 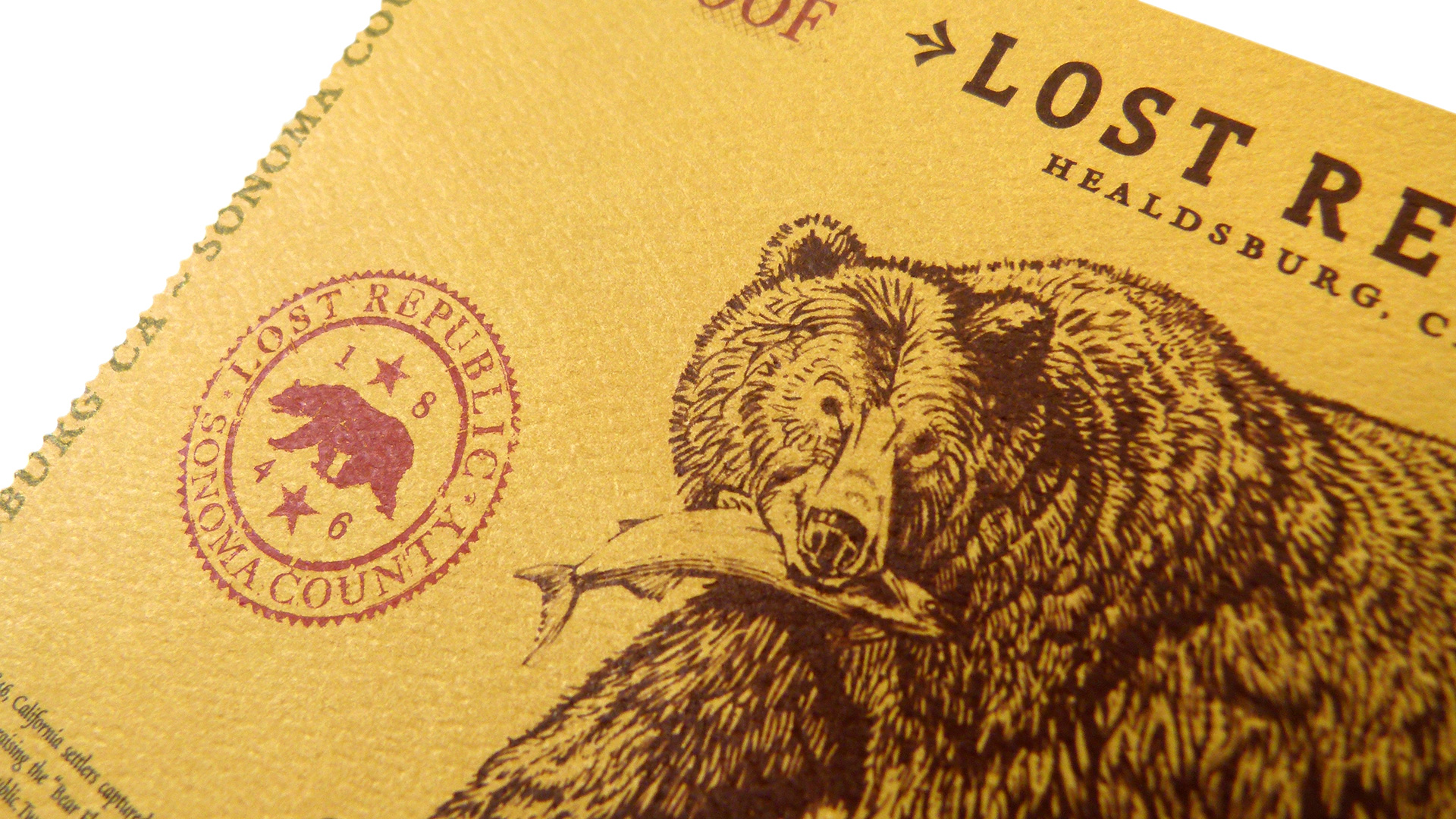