Throughout their history, American football stadiums have undergone few technological advances as dramatic as that of the retractable, flower-petal-like roof atop Atlanta’s Mercedes-Benz Stadium, which was unveiled at Super Bowl LIII (53) on Feb. 3rd during the showdown between the New England Patriots and the Los Angeles Rams. Weeks before the rest of the world got a peek at it, however, NFL VIPs received a stylish souvenir of this engineering marvel in the form of intricate event invitations for the traditional pre-game “Friday Night Party.” Continuing their longstanding tradition of producing invitations for this annual event, DataGraphic transformed a design created by the NFL’s in-house team into a captivatingly tactile experience. 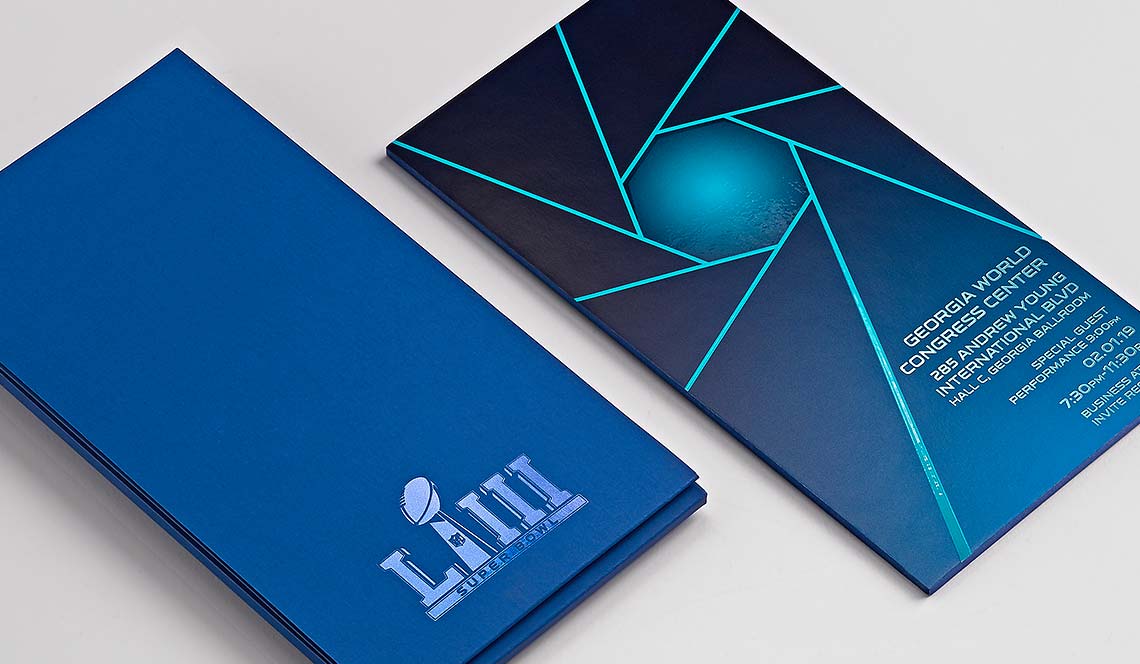 Both pieces of this invitation feature a motif that celebrates the camera-aperture-style roof of the Atlanta stadium, which consists of eight triangular, inflated plastic “pillows” that move backward or forward to widen or narrow the roof’s opening.

The dramatic sleeve – featuring metallic Blue foil stamping on a gorgeous Royal Blue sheet of 122 lb. Neenah Plike Cover [Get Swatchbook!] – was die cut and hand assembled in such a way that leaves an octagonal window through which the invitation inside is visible. Sleeve assembly alone took a good 10 minutes per invitation, and opening it feels nearly as dramatic as the opening of the roof on which it’s based.

To get a peek at what awaits you inside you slide the top portion of the sleeve upward, which also moves with it the actual invitation, slowly revealing the illustration of the world-famous Super Bowl trophy in all its glory. To remove the piece within, simply hold the base of the sleeve firmly at the bottom, slide open the lid at the top, and lift out the card. 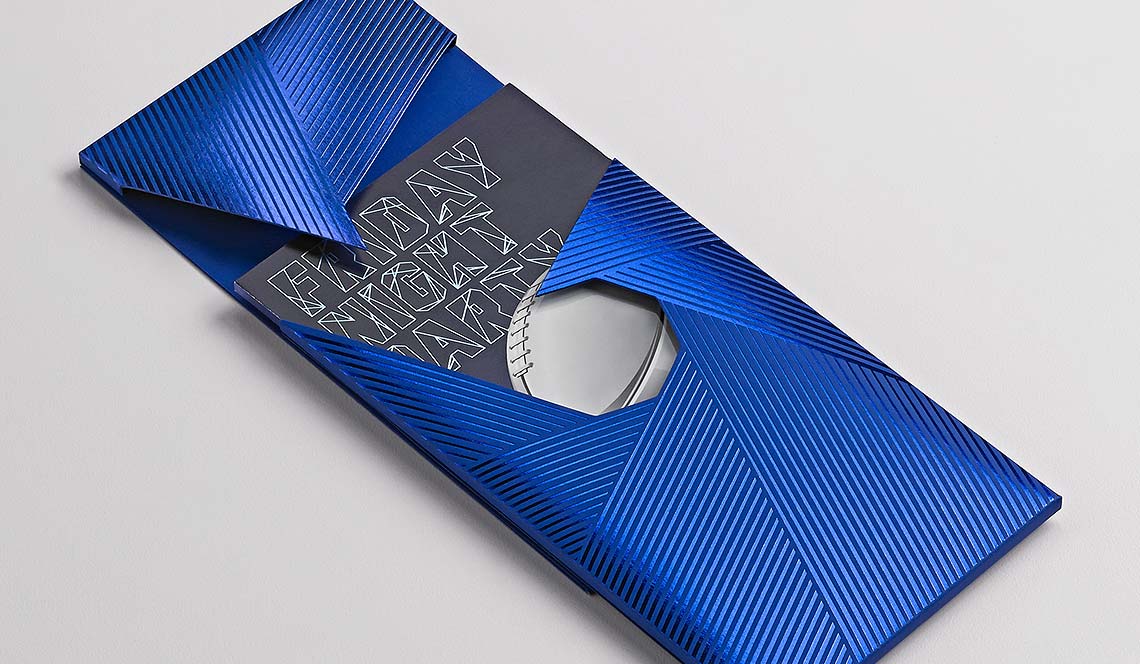 Printed 4-color UV Offset with Satin aqueous coating, the front of the event invitations feature that trophy illustration and the foil-stamped words “Friday Night Party” against a deep Blue background. The back echoes the aperture motif once again, enhanced with a spot gloss, raised clear UV, and foil stamping.

Another attention grabbing aspect of the invitation is its sheer chunkiness. This is derived from a pair of 65 lb. Sappi McCoy [Get Swatchbook!] sheets laminated [PRO Guide to Duplex Laminating] front and back onto an 87 pt. board. Matching Blue foil [PRO Guide to Foil] along the edges completes the VIP-effect nicely. 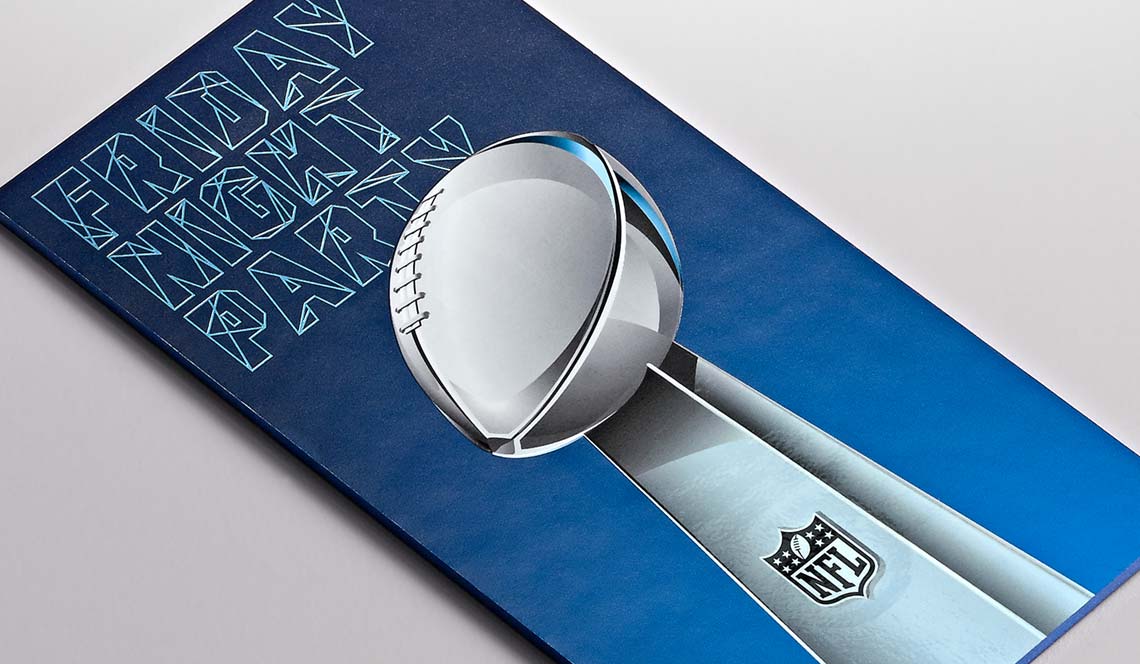 It’s difficult to adequately convey the sense of occasion that opening this piece instills. The feel of the foil sleeve, combined with the intricate way in which you must manipulate it to free the invitation within, create that feeling of memorable engagement that so many apps and other digital creations aim for today, but are never quite able to achieve as well as this.