Cook in a Book Series

You can’t flip a circle of pizza dough these days without hitting someone or something related to cooking: cooking shows on television, on YouTube, social media, it’s everywhere. Everywhere, that is, except on the bookshelves of 2- to 4-years-olds. At least that was the case before Lotta Nieminen’s Cook in a Book series of board books from Phaidon began coming out in 2016. Now, with the help of cleverly designed paper tabs and dials, toddlers and preschoolers can “prepare meals” right along with mom or dad safely and easily. 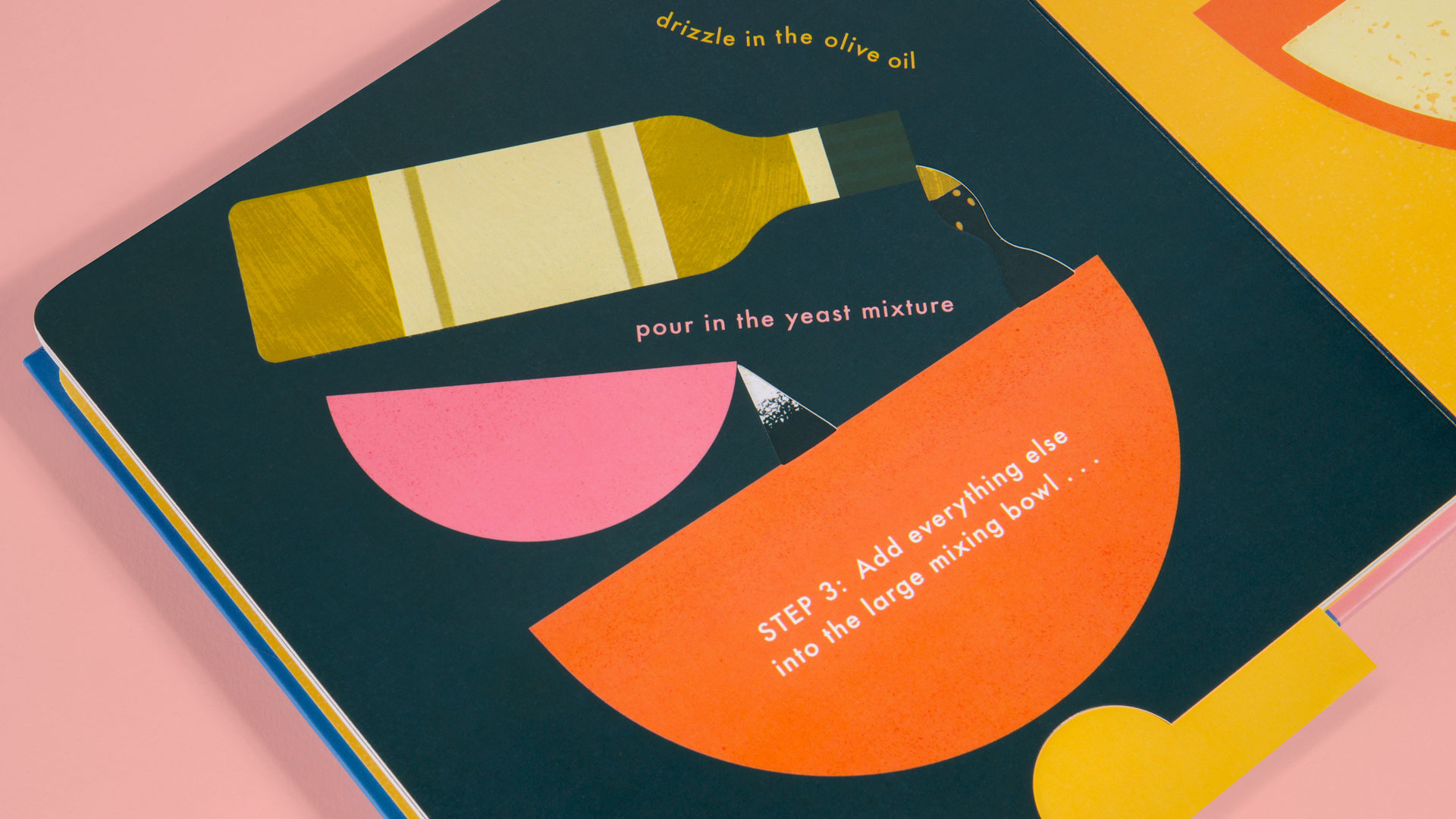 In recent years we’ve been spoiled by increasingly intricate pop-up books such as Kelli Anderson’s 3D masterpieces – this is something different. The volumes in this series – “Pancakes,” “Tacos” and “Pizza” – use lift-up flaps, pull tabs, wheels and punch-out pieces as interactive elements just perfect for little hands. What makes this so unique is the clever way in which these seemingly simple paper creations are brought to life by careful planning. 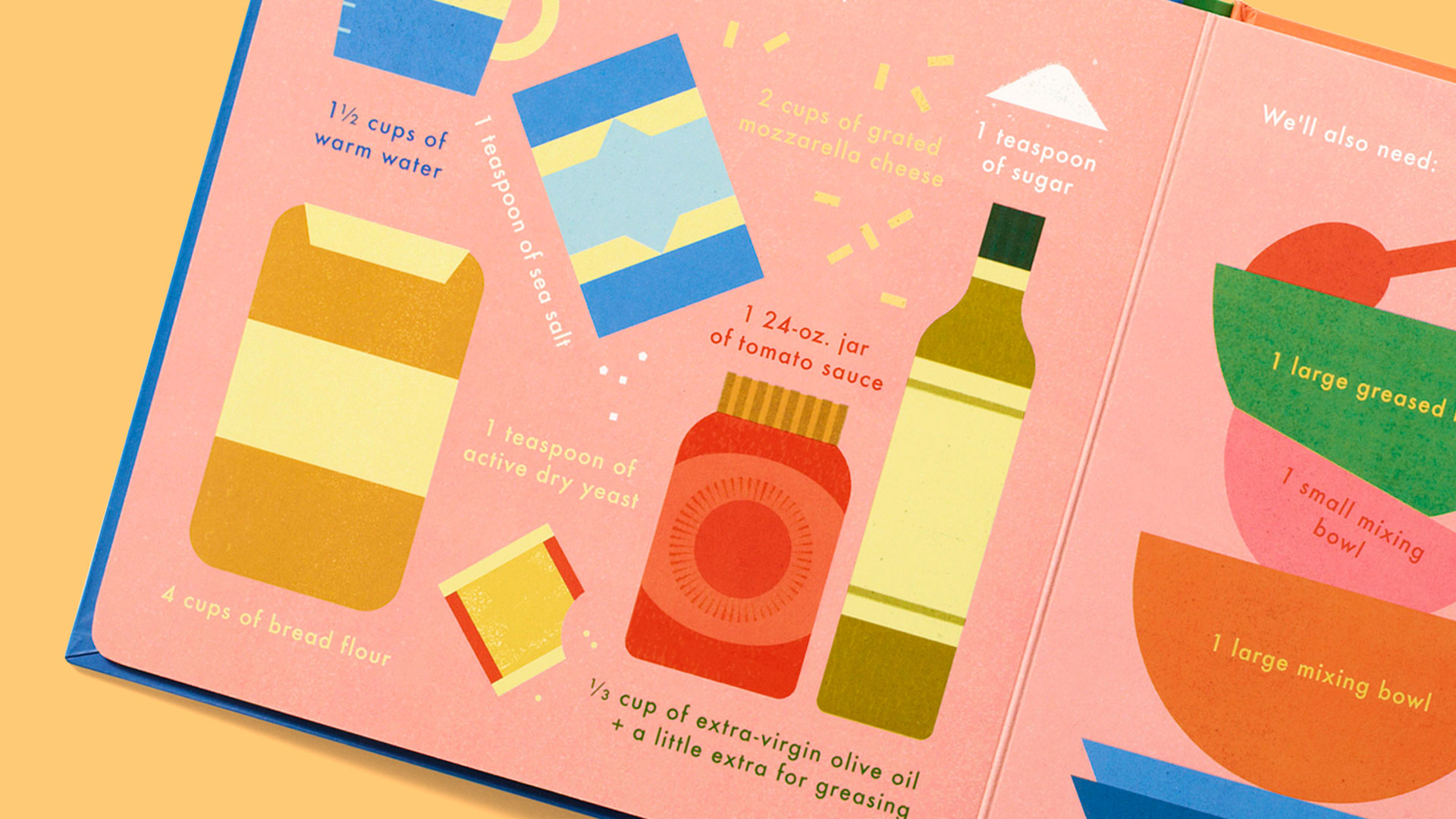 Take the “Pizza” book. As the aspiring chef reads (or is read) each step, they can actually help in the preparation of the dish. For example, Step 2 calls for adding salt and flour. Pulling a single tab causes little salt particles to fall from the salt box, and a stream of flour from a measuring cup – both using the same paper pulled behind strategically placed die cuts.

A wheel can be rotated to give the appearance of a spoon stirring, another wheel allows you to set the oven “temperature.” And by the time you reach the end of the book you can remove a pizza “slice” from the pan on the page – a die cut pizza slice, anyway. 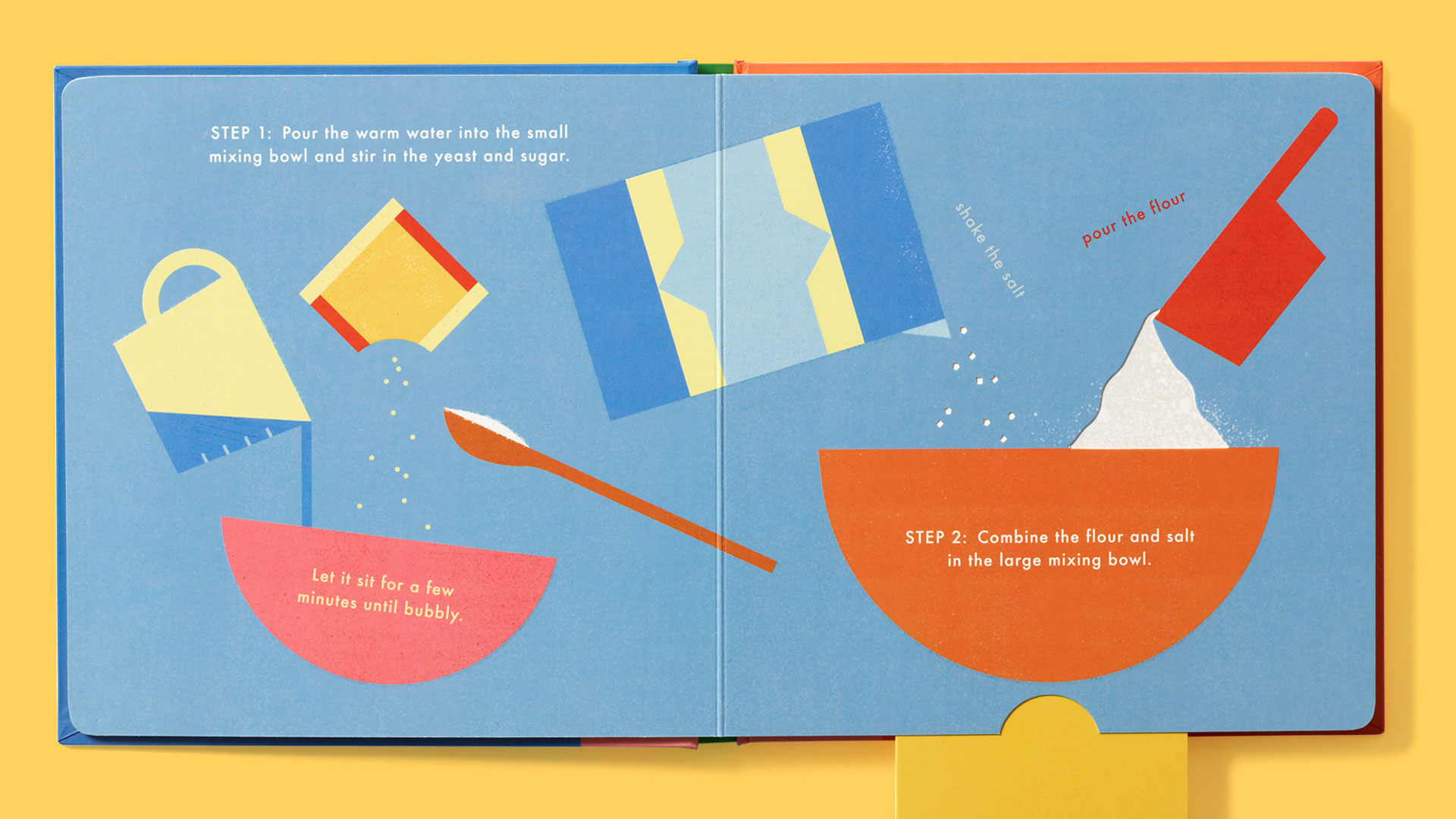 The art in the Cook in a Book series reflects the collage illustration style Lotta employs in her marketing work for clients such as Facebook, Herman Miller and Hermès, adding a modern look to one of the oldest of print mediums: the children’s book.

While these volumes may not feature the intricate pop-ups we’ve come to expect from paper engineers like Peter Dahmen, they are endlessly inventive in their use of die cuts, flaps and tabs to bring interactivity to an audience only just discovering the joys and creativity that paper provides: young children. 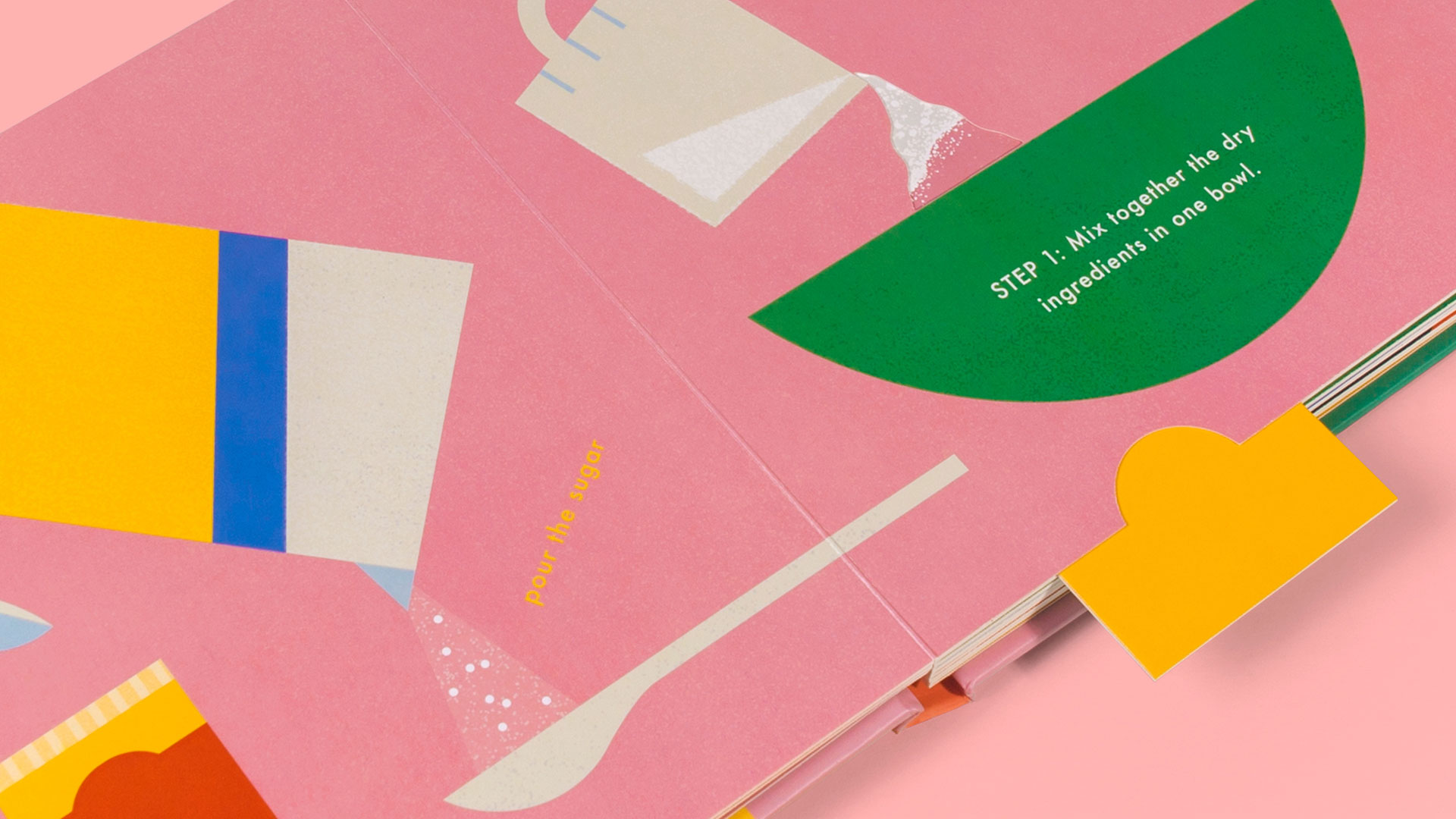 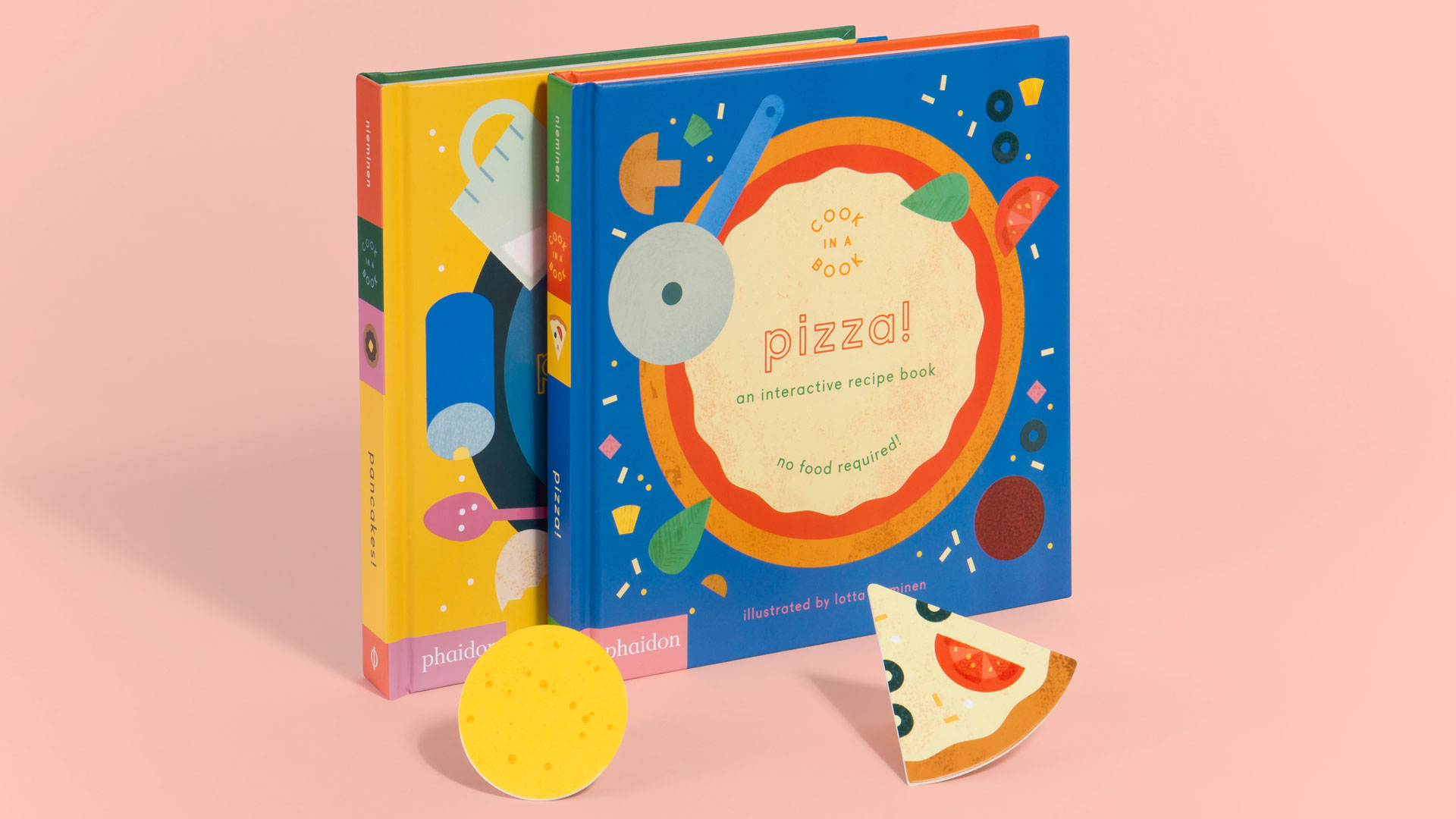 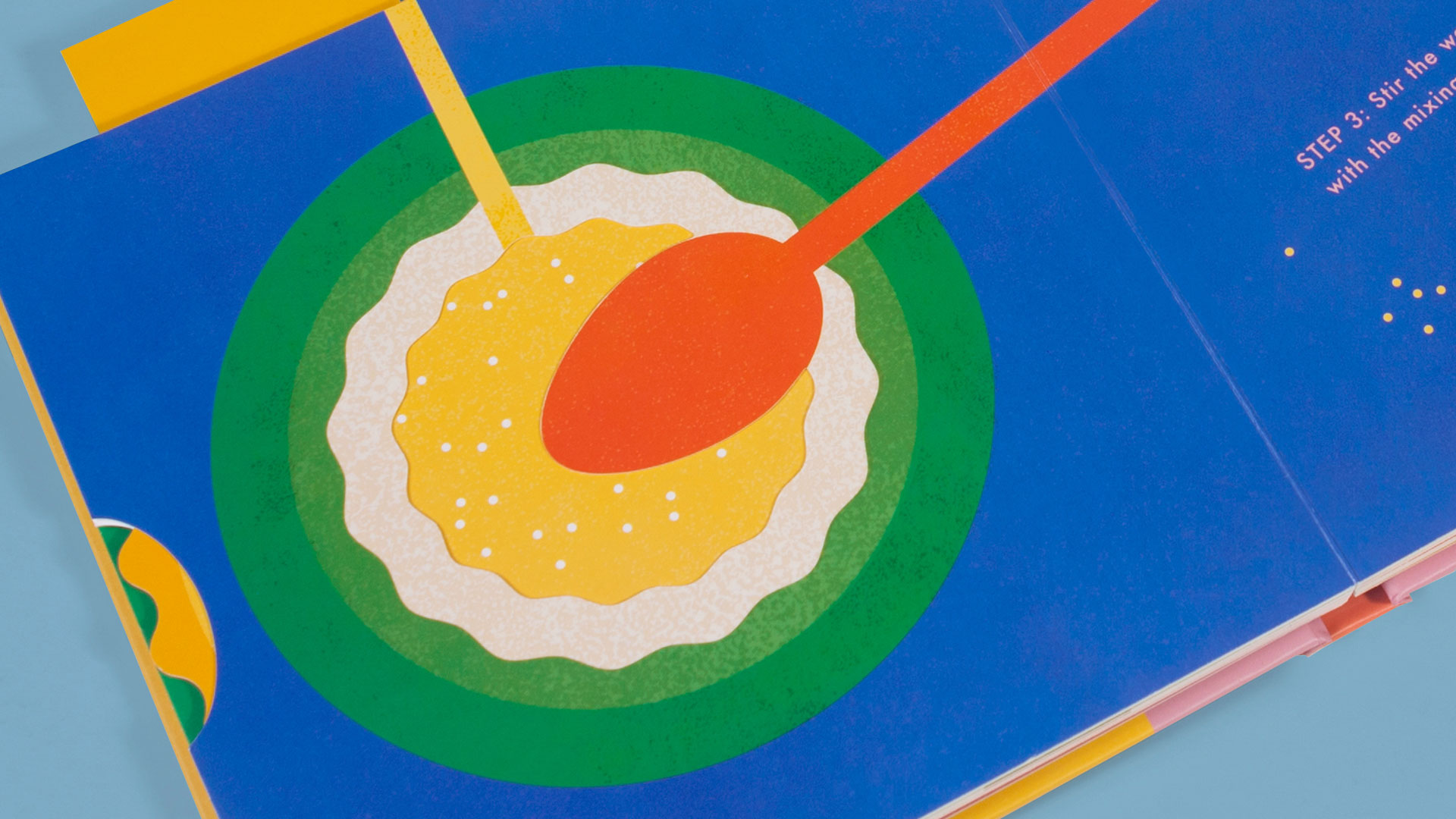