You don’t remain in business for more than a century and a half without knowing your demographic, especially if you’re a department store. While former American institutions like JC Penney have closed stores recently, Bloomingdale’s has thrived by selling an image and an experience synonymous with the finer things in life. Nowhere is that fact more celebrated than at their 59th Street flagship store in Manhattan. And the front of that famous New York landmark, complete with its distinctive display of multinational flags, lurks somewhere inside this mysterious black box.

Intrigued? Well just imagine how members of Bloomingdale’s loyalist program feel when they’re handed this piece, so chunky and substantial to the touch, the light catching the screen printed Bloomingdale’s name as it wraps itself around three sides of the package. 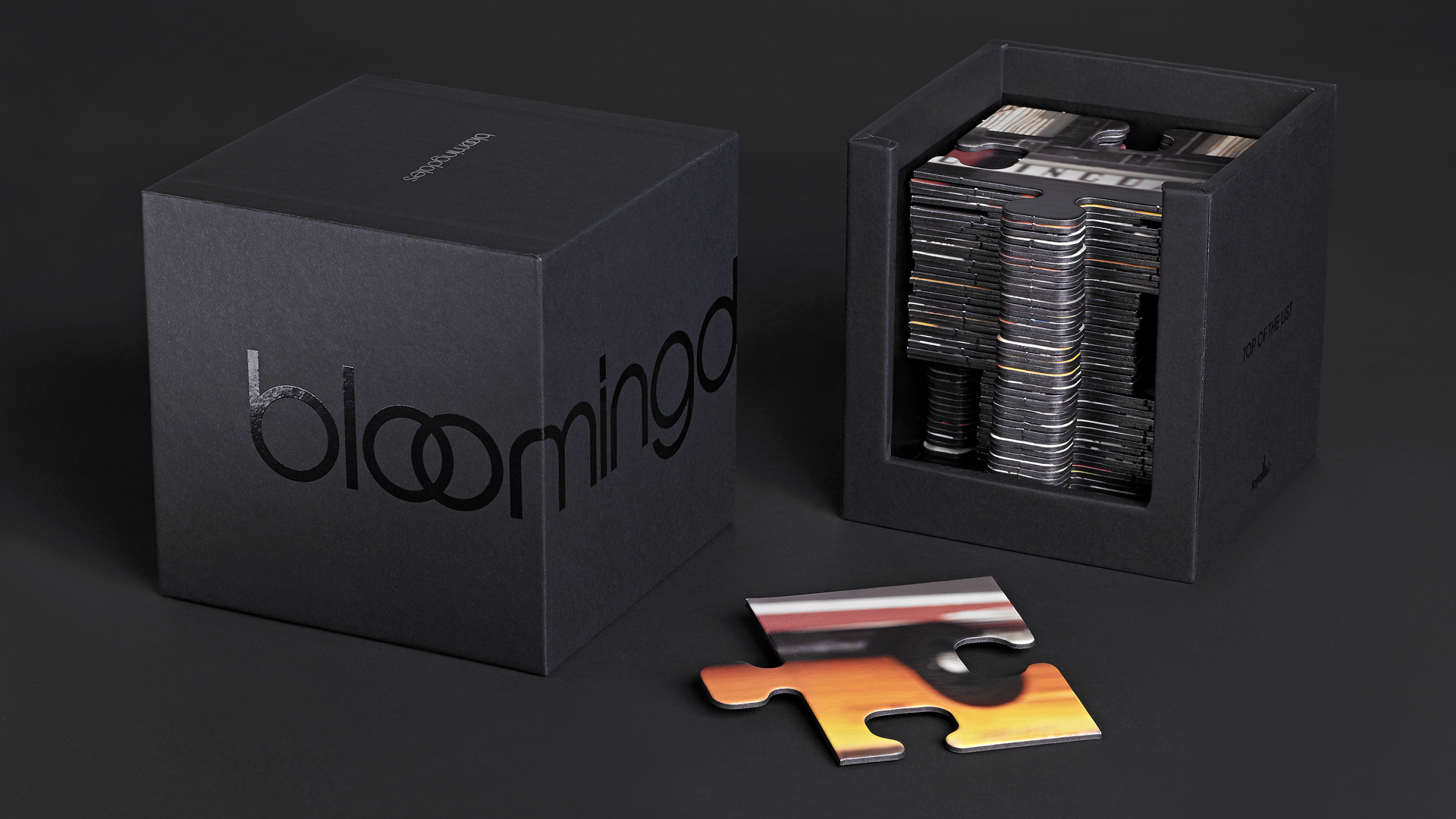 Designed by the retailer’s in-house creative team and produced by DataGraphic, the 5-x-5-inch box feels remarkably valuable. Sliding off its telescoping lid reveals why: both box and lid are constructed from super-thick paperboard.

Not only does this black dyed, uncoated kraft paper protect the treasure inside – don’t worry, we’re getting to that in a moment – it also communicates a strength and stability that a classic brand like Bloomingdale’s relies on to stay competitive in a marketplace where online shopping is ever on the rise.

With the lid removed, I get my first hint at what awaits me inside thanks to a substantial opening on one side of the box – a stack of…something.

The first thing I do is remove a folded black sheet from the top of the stack. It turns out to be a photo of the 59th Street Bloomingdale’s storefront in all its glory. Putting that aside, all becomes clear as I finally glimpse what’s inside the box: several large jigsaw puzzle pieces – three guesses what the completed picture will be.

Printed CMYK on 100 lb. Sappi McCoy Silk Cover [Get Swatchbook!] and mounted on 80 pt. black dyed chipboard, the jigsaw puzzle pieces, like the box they come in, fit snuggly together, which is no mean feat if making puzzles isn’t something you do regularly. “The thickness of the board plays an important role in the final outcome,” reveals DataGraphic President Glenn Schuster, which makes perfect sense. 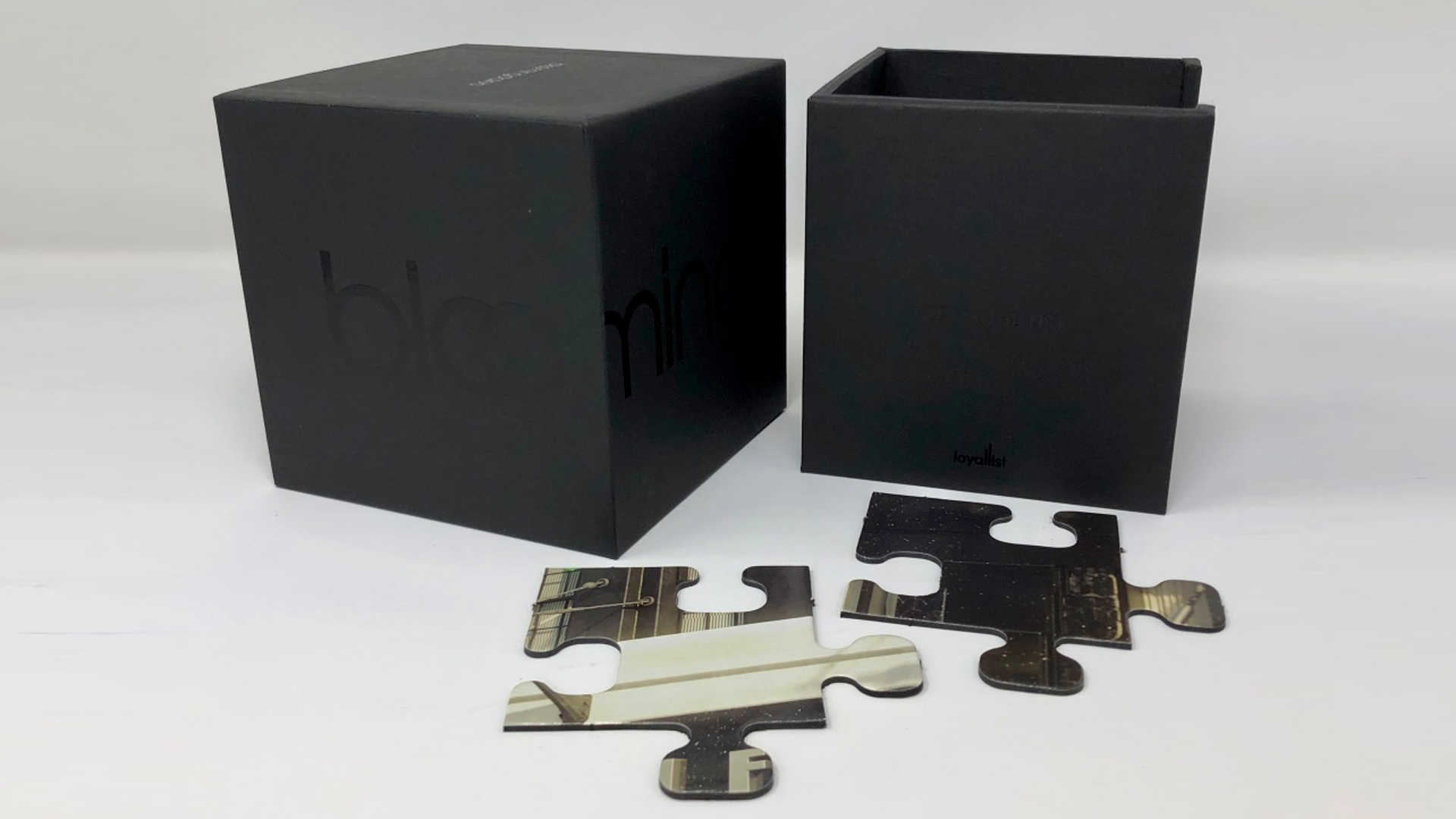 What may puzzle some is that the famous store went the jigsaw puzzle route in the first place. Their only criteria, Glenn explains, was that they “wanted to feature the flagship store and they wanted an interactive project.”

Considering the fact that Bloomingdale’s has been encouraging its clientele to come in and feel the high quality of their products since their very first “Ladies’ Notions Shop” in 1860, you can’t help but think that founders Joseph and Lyman Bloomingdale would wholeheartedly approve. 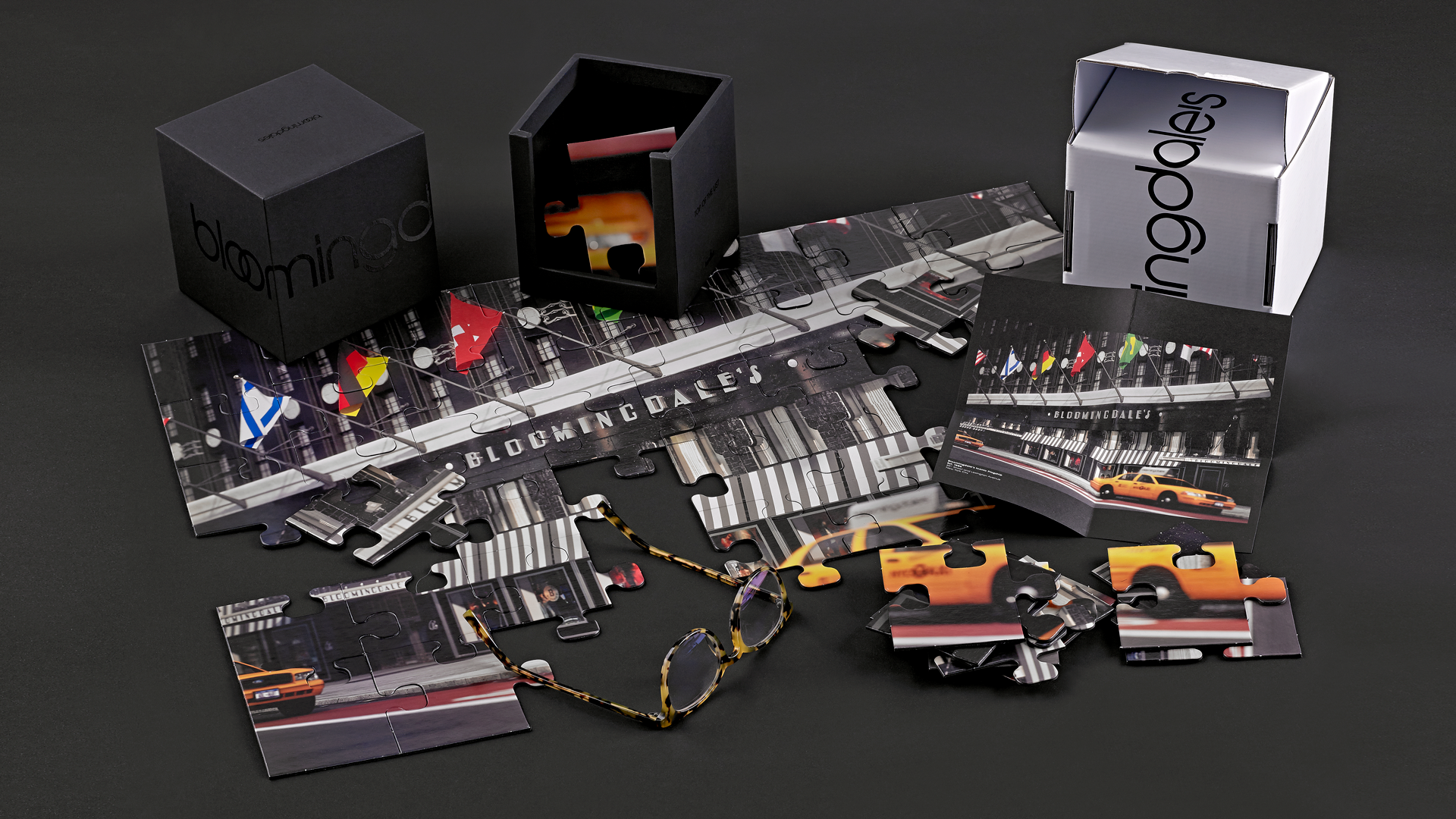