IN THE DESIGN STUDIO: Old Guys and Their Airplanes

For aviation artist John Mollison, a chance meeting led to the opportunity of a lifetime: interviewing World War II fighter aces about their adventures.

Fascinated by their stories and an artist at heart, Mollison couldn’t resist drawing their planes. When he took the project one step further by getting the pilots themselves to sign his commercially printed artworks, his series of prints – “Old Guys and Their Airplanes” – took off.

Digital presses revolutionized the project, allowing him to print his drawings much faster and even more accurately than before. He then discovered that the use of a clear ink by Xerox could add yet another level of protection to his valuable artwork.

When Xerox learned about the project, they suggested he use a silver ink they had recently developed to enhance the fighter planes even more. The result was the artistic equivalent of a plane breaking the sound barrier. Not only did the silver ink give the images a luminous quality regardless of the color of the aircraft, but it made each one look like a small, three-dimensional fighter.

And when it came to printing a TRUE silver plane? The result, says Mollison, was “the coolest rendering of a silver airplane ever.”

P.S. Find out more about Xerox Specialty Dry Inks and how to design with them. 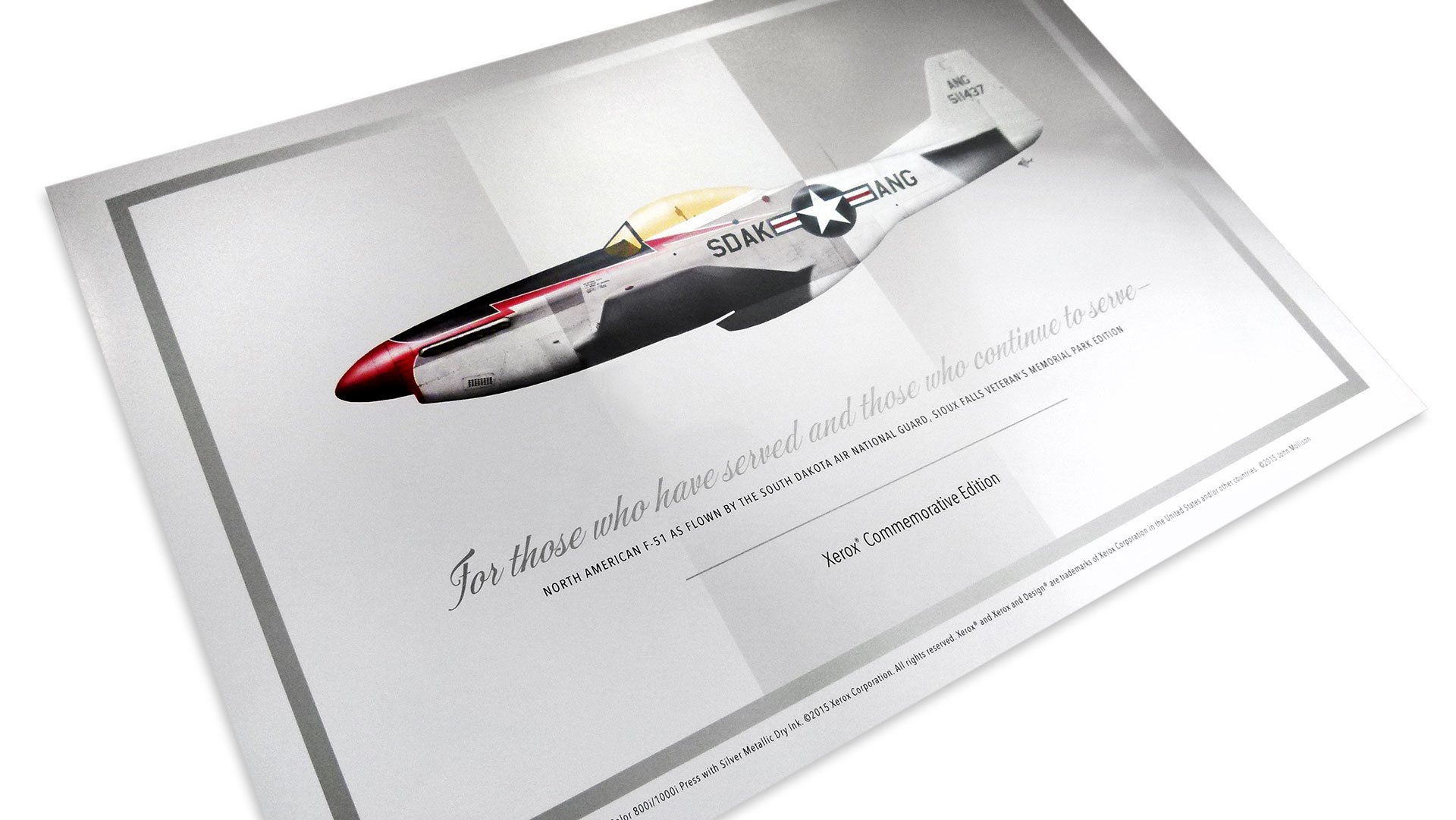 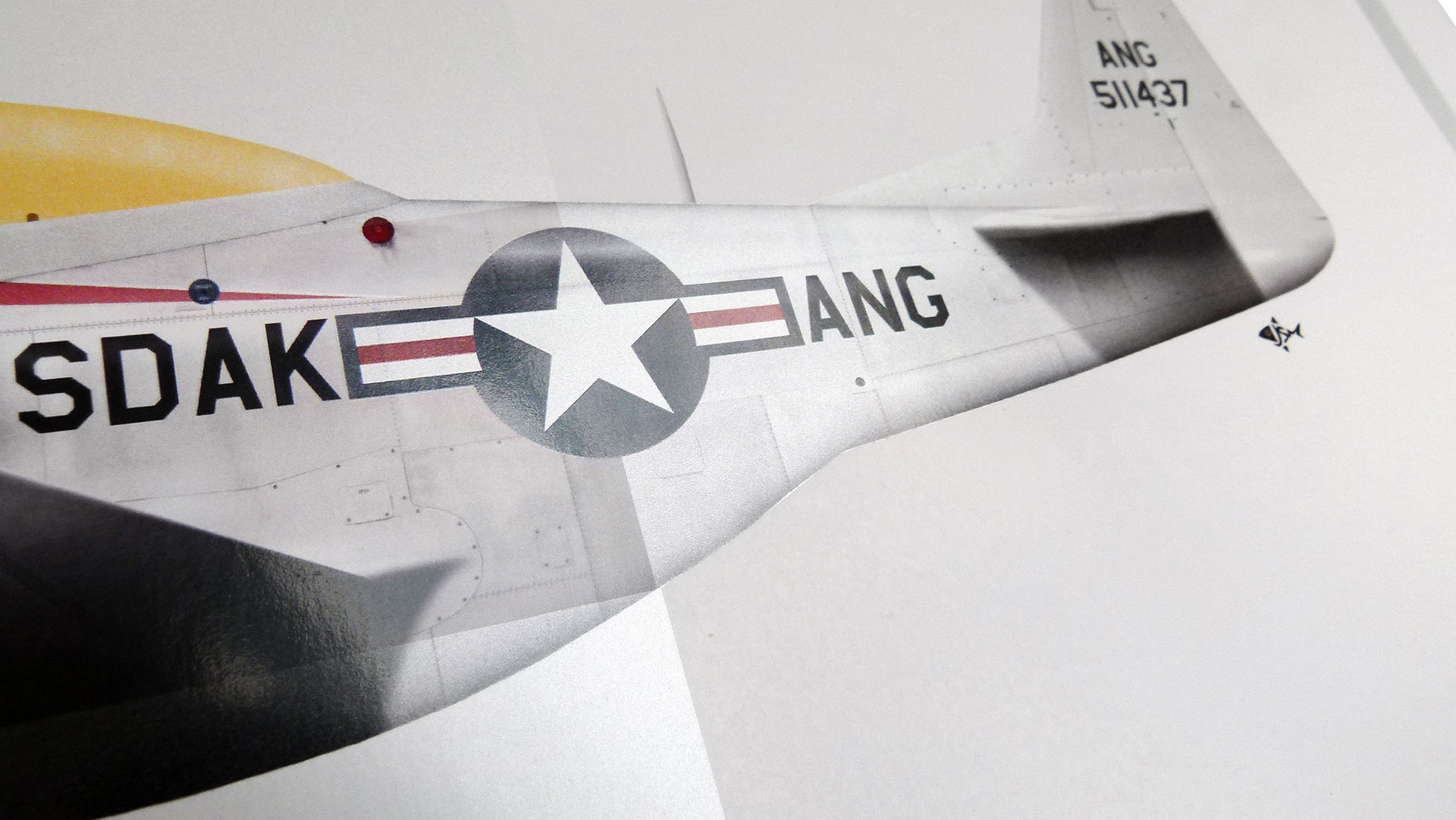 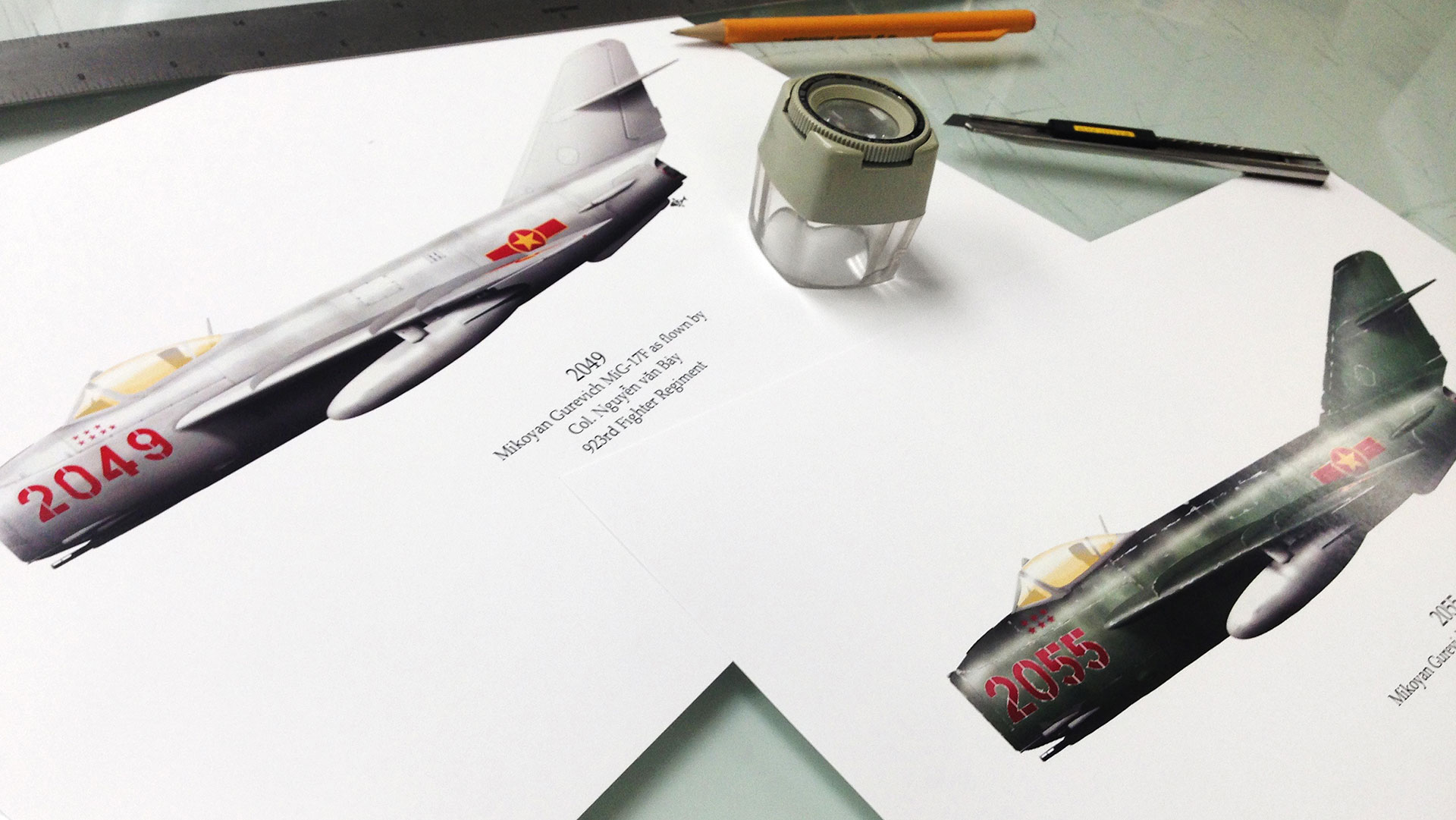