For a truly effective advertising campaign, nothing beats turning a well-known part of culture back on itself, as DDB Canada recently proved with its pro bono work for poverty-fighting organization WoodGreen. It all began with a simple question: “What if we cared about those living in poverty as much as we care about celebrities?”

First, DDB Canada created a series of fake celebrity magazine covers in the Star and Us mold, replacing the insipid subjects usually covered with women struggling to make a living beneath the poverty line. “Exclusive: I can’t afford breakfast” cries one headline above a mother and her child; “Living without hot water” teases another. 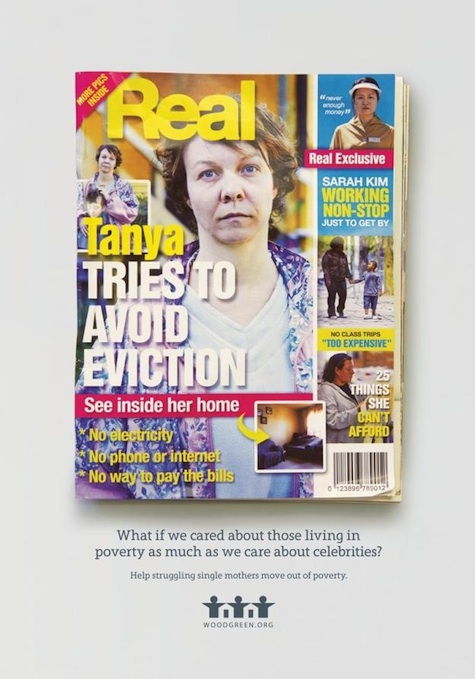 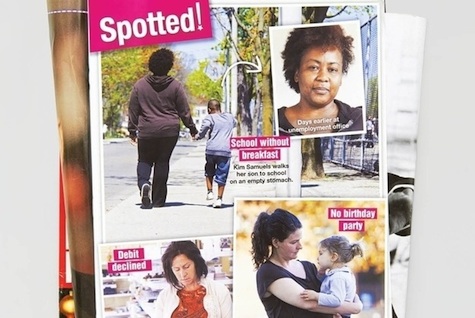 The juxtaposition of real-life dire poverty and the maddeningly familiar layout and sensationalistic headlines of celebrity magazines is jarring. (For the television equivalent, check out the video below.) Yet the horrible suspicion that little is likely to change, regardless of the advertising involved, is far more jarring still.