Thomas Yang, a creative director in Singapore, has been using his love of cycling as inspiration for several of his artworks, each of which he limits to just 100 copies. One of his most impressive is his 21st and most recent: a print of New York’s Empire State Building, created by the tire tracks from seven different bikes.

According to his website, the print was made “to reflect New York’s ever-growing tribe of cyclists – from the daily commuter to the delivery boy.”

Though the $85 print is now sold out, it’s an impressive calling card, and will doubtless keep art lovers returning to his site to see what his next “100 Copies” project will be. Count us among the many. 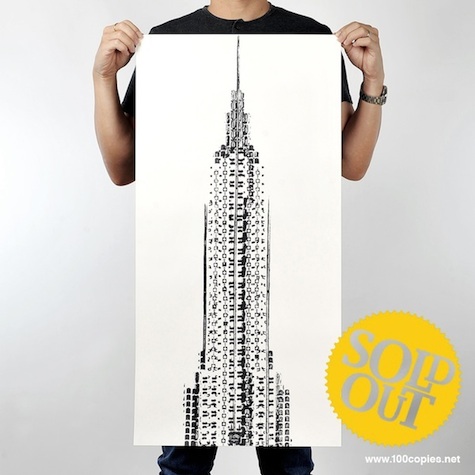