The variety of images reproduced in this program and the quality of the reproduction says a great deal about the printer and the Indigo presses.

A post-grad thesis defense is often right up there with binge-watching C-SPAN in terms of excitement. But this companion piece to the School of Visual Arts MFA Design Class of 2016 program walks the walk, demonstrating how great design and production can be as inspiring as the work these students will no doubt go on to create. 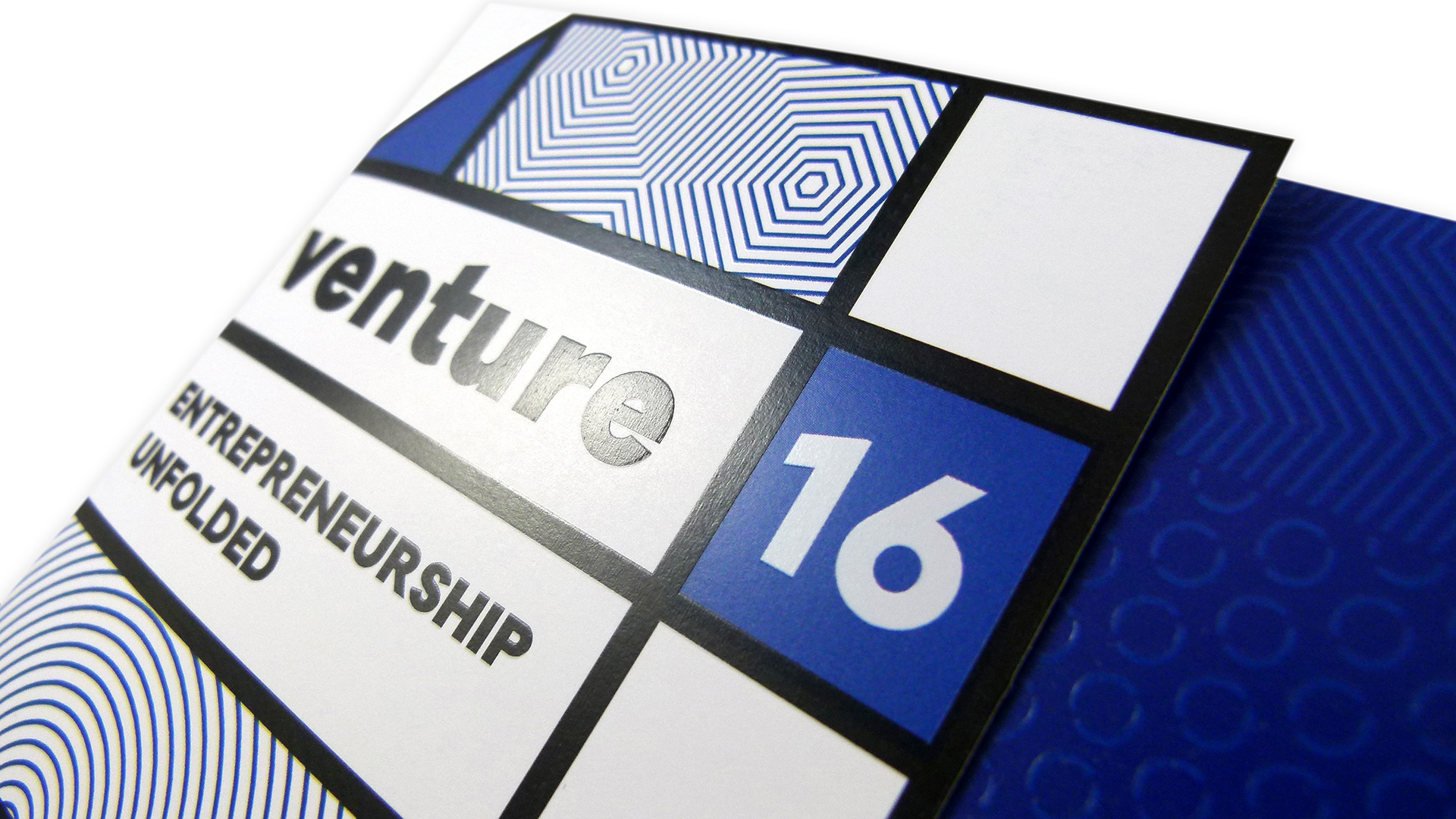 The cover of this 6”-x-4”, digitally printed booklet – the piece was produced and 100% funded by HP – sets the tone for the projects themselves by featuring a trendy “flat design” look juxtaposed with geometric digital raised ink patterns, dramatically increasing its tactile and visual appeal simultaneously.

Flipping up the die-cut, trapezium-shaped cover (don’t worry, we had to look up the right word, too) reveals 48 pages with each spread outlining one student’s project. 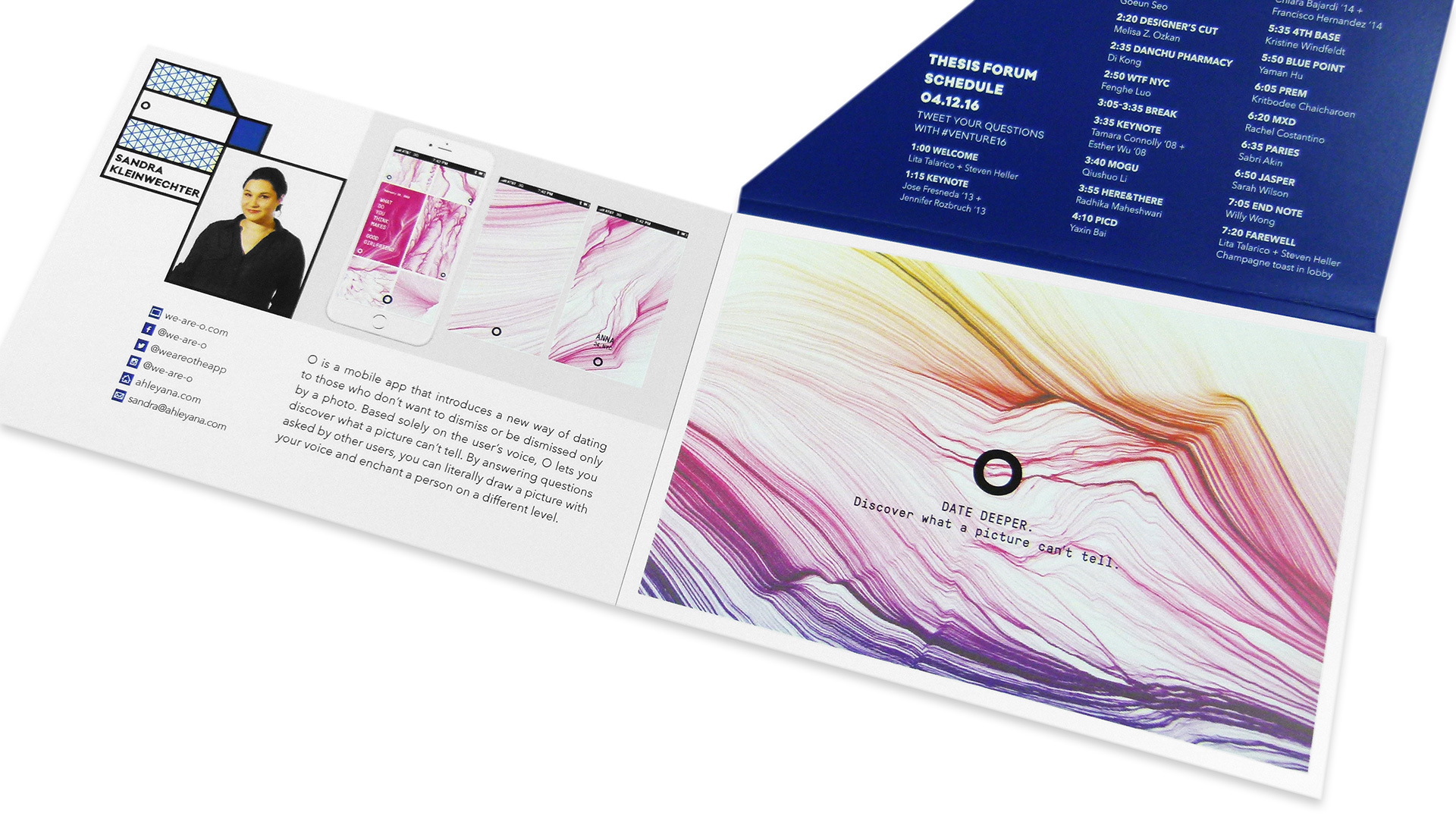 “This design was planned to organize and categorize 19 very different thesis projects to be presented and defended to a public audience, live and live-streamed on the Internet,” explains Laura Des Enfants of D’NA Company, which publicized the occasion. And for those following along at home, there’s a handy-dandy schedule for the event itself on the inner part of that vertical cover flap discussed earlier.

That fold-out cover is further referenced in the coordinated iconography found throughout the program. These icons were used on each page to organize the projects into categories such as “education,” “experience,” “material” or “network.”

Des Enfant suggests the piece’s greatest success is the way it distills “a great deal of information and many design styles into one cohesive format – a format that hangs together well and tells everyone’s story equally.”

However, we’d add that a close second must be the way the piece demonstrated to each of those 19 students that a little imagination and a good grounding in print and finishing techniques can jazz up any event – even a thesis defense. C-SPAN, however, may be a bridge too far. 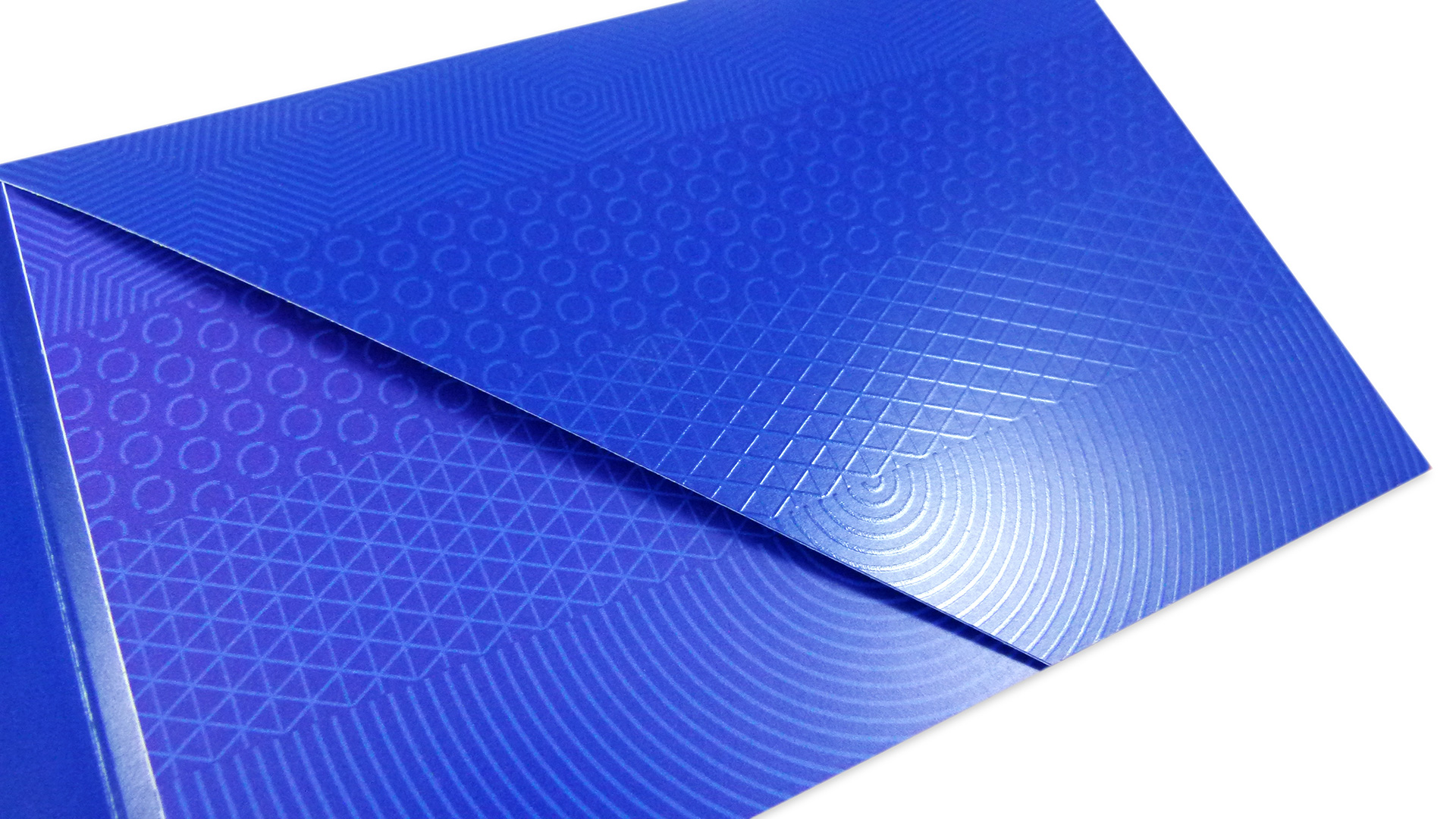 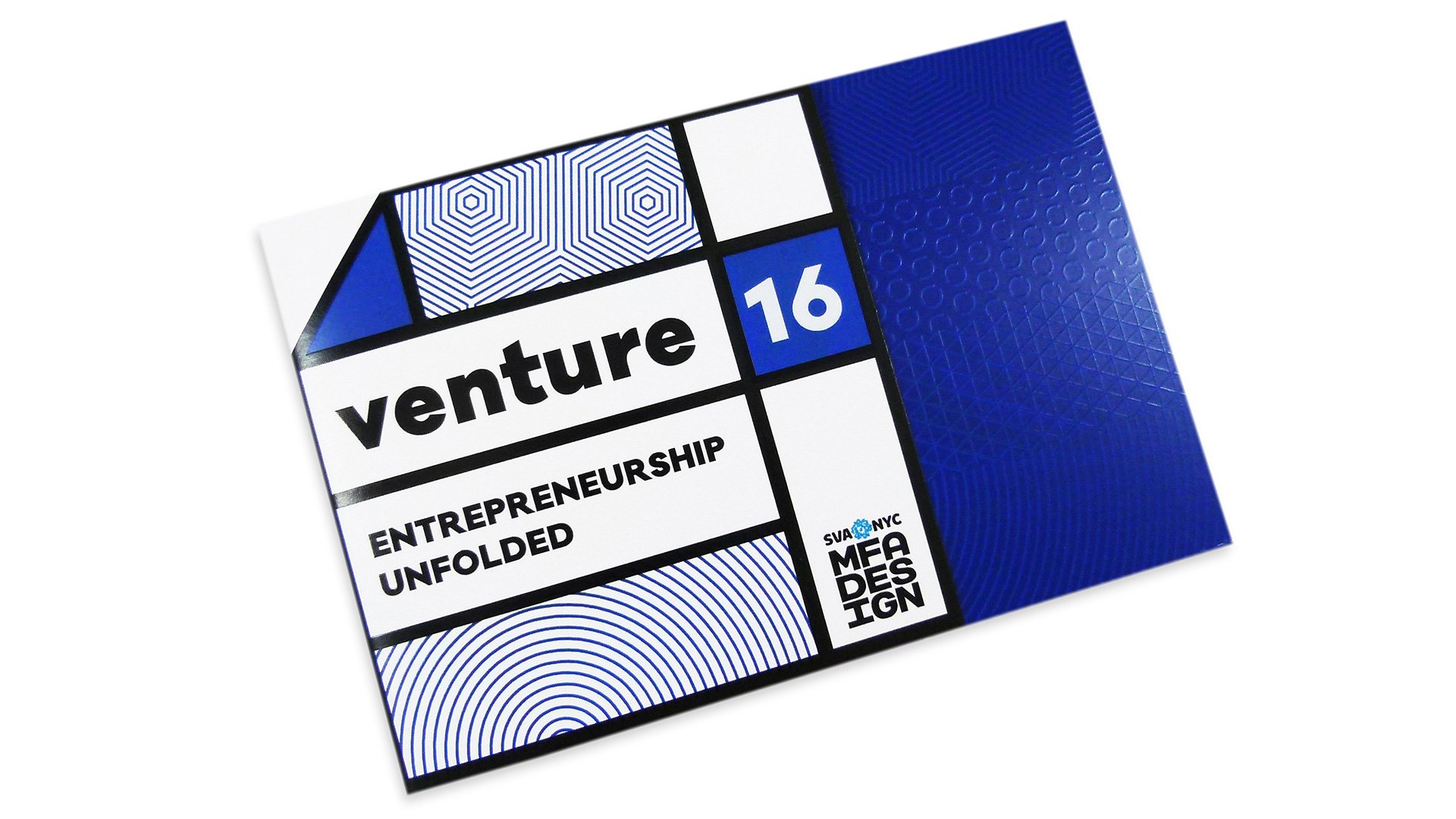 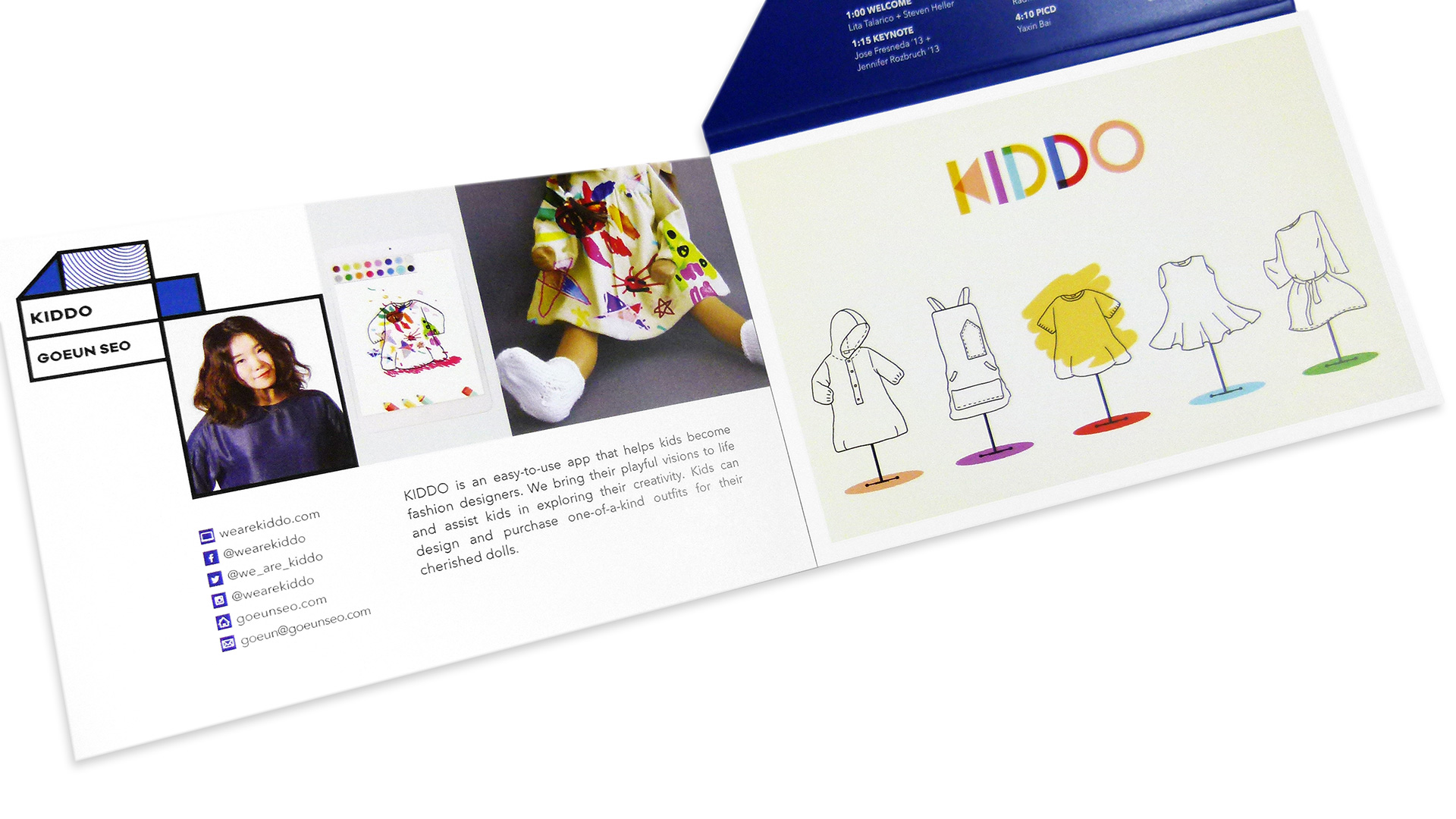 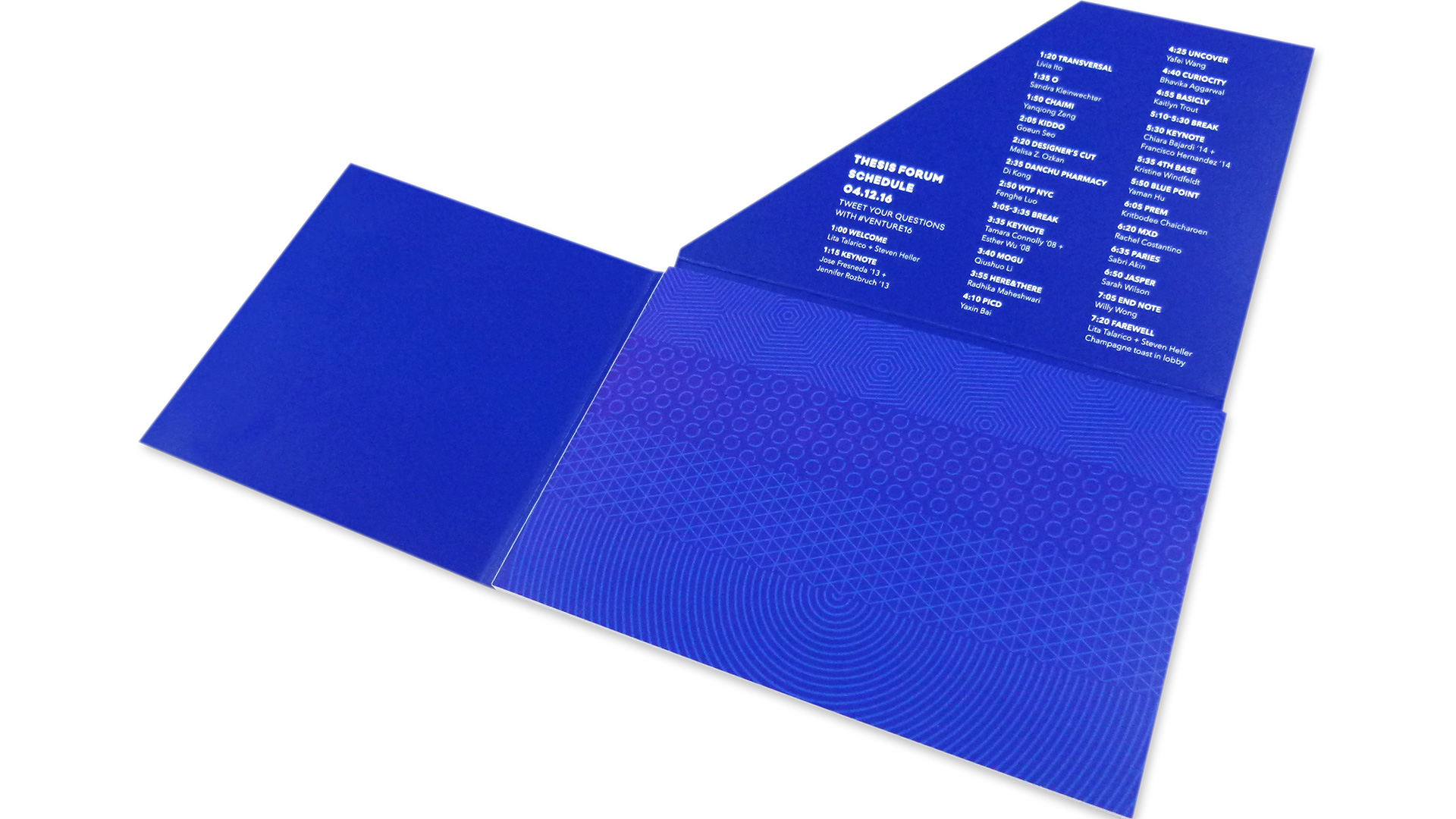