The 2020 Oscars ceremony had it all: the Joker, a South Korean Best Picture winner and, if you were one of the lucky few to receive it, an invitation fronted by a fascinating gold-plated salute to the Oscar statuette itself. Commissioned by Rolex, a sponsor of the event since 2017, the piece seems tailor-made for the Red Carpet, being an interesting blend of camera-worthy bling and elegant simplicity. 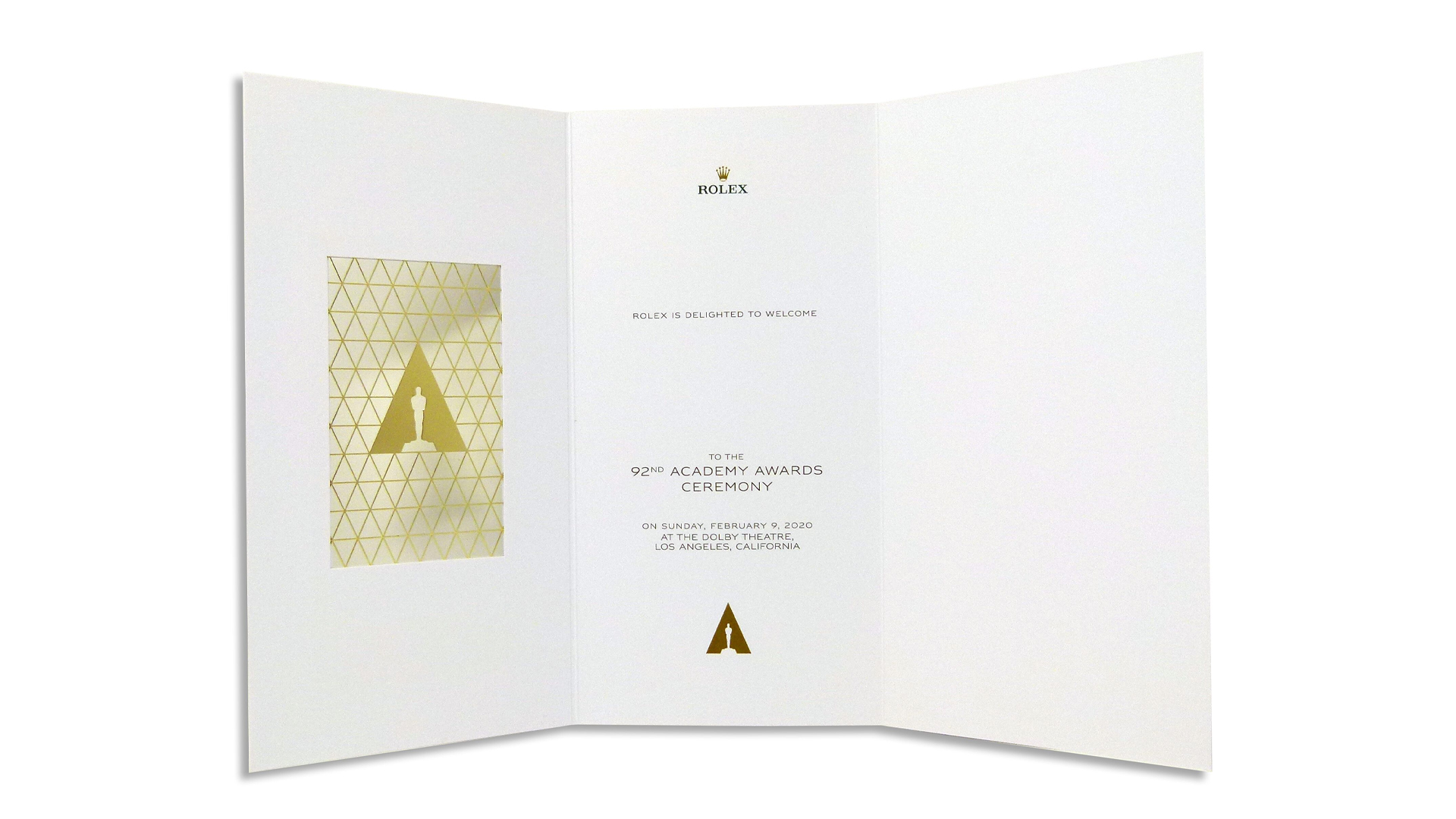 The substantial, custom-made envelope in which it arrived, crafted from 100 lb. White Frost Colorplan Cover, feels important and slightly heavier than you might expect. Turning it over you’re greeted with the regal Rolex logo screen-printed in the center of a European-style flap. Sliding the invitation from the envelope reveals the logo once more, before offering a peak at the crowning glory of this piece: a photo-etched silhouette of the Oscar against a grillwork of finely cut pyramid shapes. 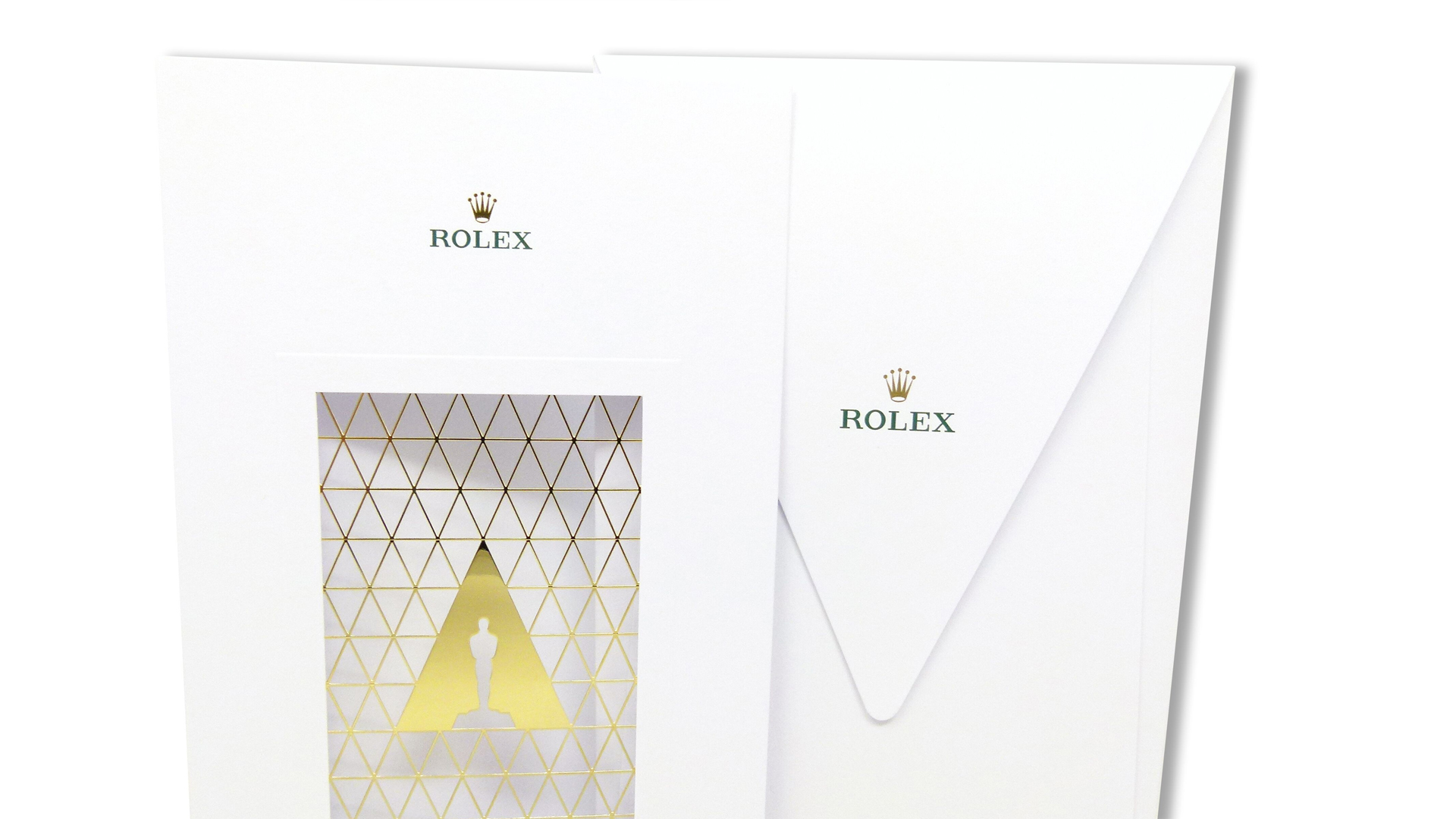 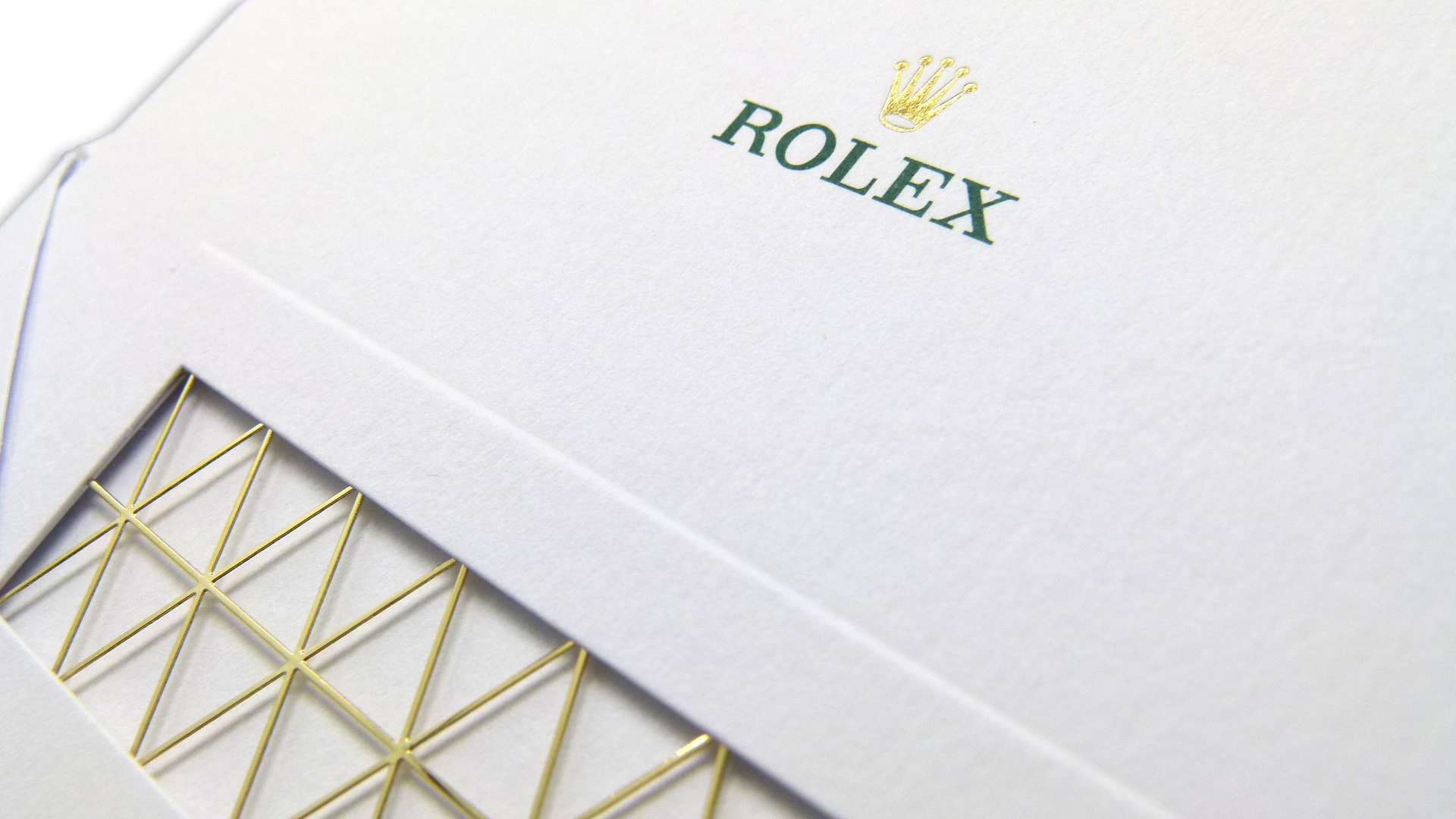 Creating this effect alone involved a laborious process in which one company photo etched these details and polished it all before sending it to a second, which added the gold plating. This was then sent to the invitation’s printer, DataGraphic, for assembly and the finishing touches.

The golden Oscar was manually placed between two panels of 100 lb. White Frost Colorplan Cover, which were then duplex laminated to form one solid invitation cover. As both of the panels feature a die cut window, it makes the golden artwork appear to float in space. As a final touch, the outer panel also features a blind emboss, framing it all nicely. 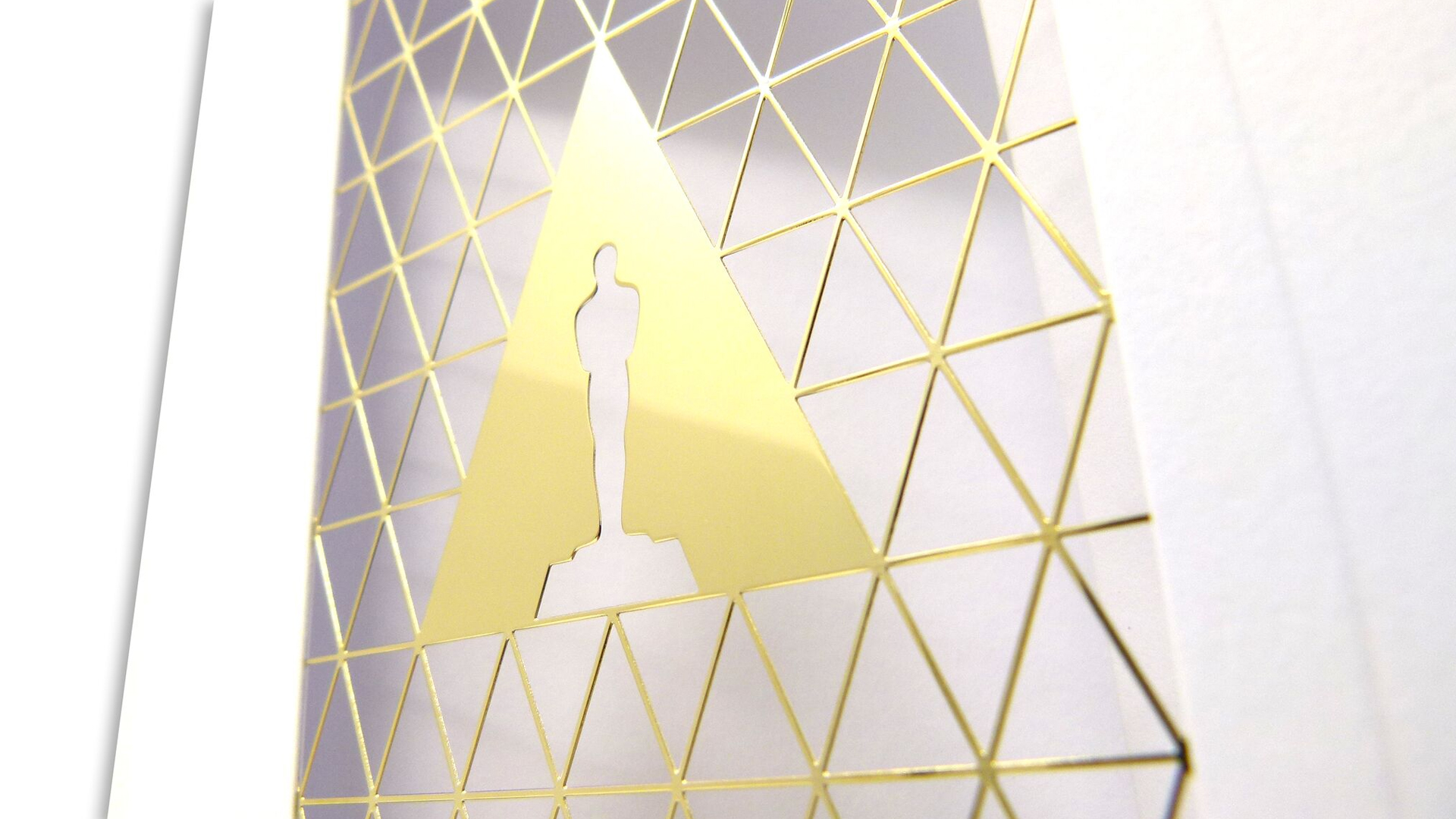 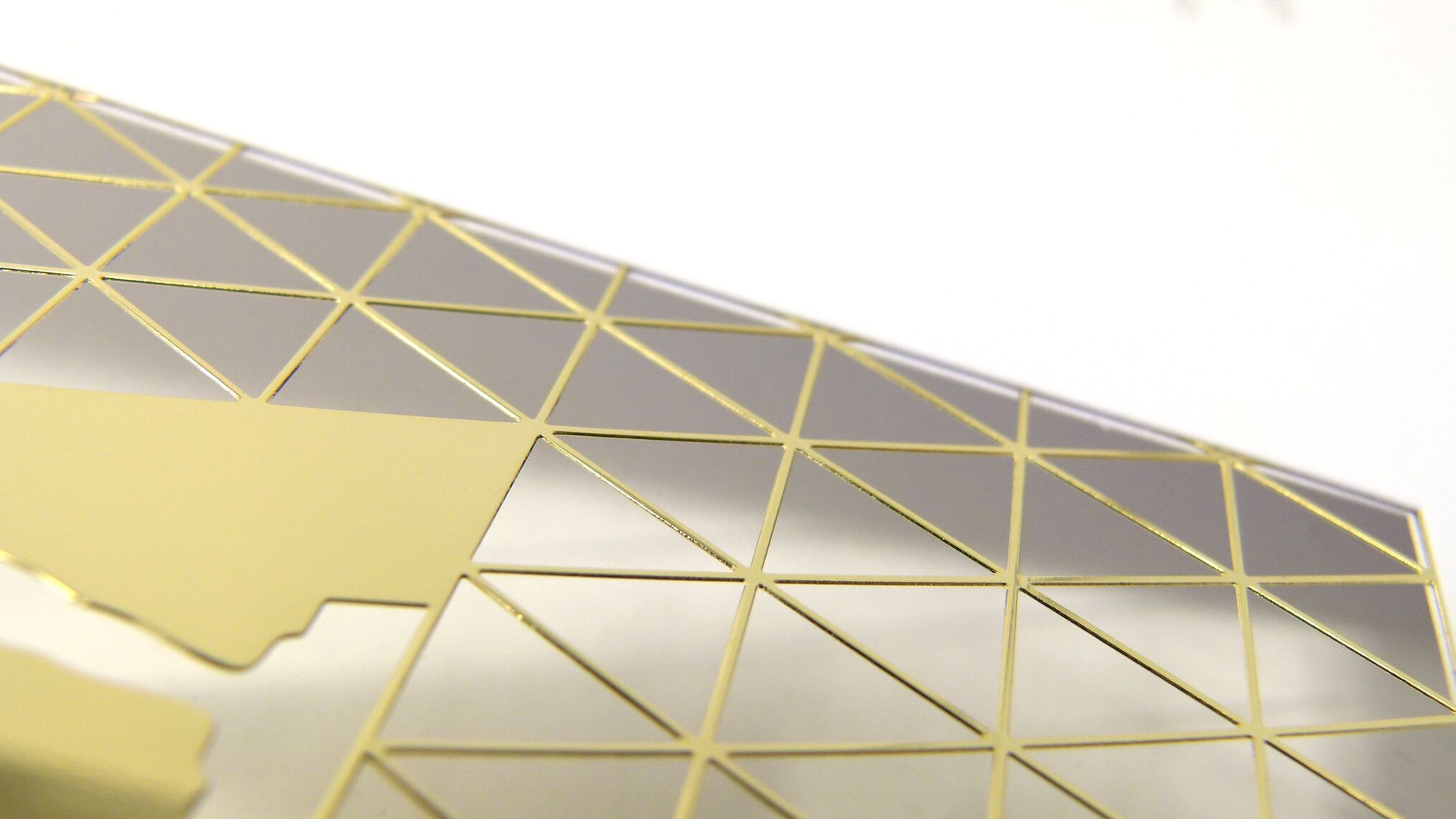 That they did this 150 times is impressive, and a fitting tribute to Rolex, whose watches are also known for their own precision and attention to detail. (One of the lessons learned on this project: the gold-plated metalwork can sometimes leave marks on the paper when folded.)

Balancing out the opulence of the metal feature is the tasteful printing of the tri-fold [Read the PRO Tip]  invitation itself, with 2-color screen printing and Gold foil enhancing the Rolex logo.

This clever mix of eye-catching gold plating and heavy, clean white paper ensured that the invitation celebrated the glamor and creativity for which both the Academy Awards, and its sponsor, have always been known. 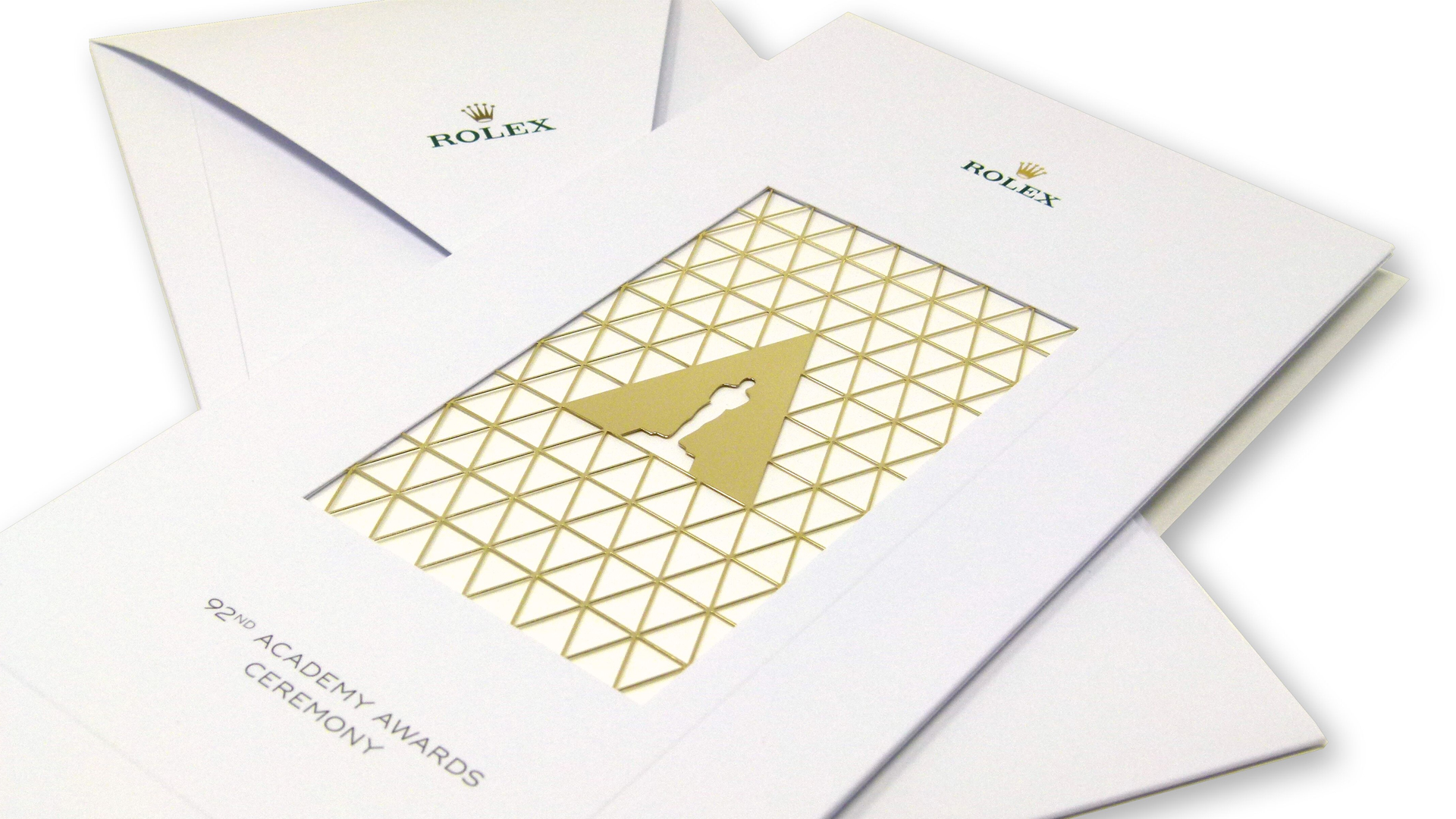