While many extremely talented people regularly come up with new and exciting ways to deliver a message, the message itself rarely challenges the status quo. However, this month saw the release of the exception that proves the rule… in the form of a comic book. Beginning with its cover, Ms. Marvel No. 1 wears its heart on its sleeve, or in this case, around its neck in the form of what appears to be a Middle Eastern neck scarf or “keffiyeh”.

Whether or not the main character will become a superhero at this point remains unclear. What is clear is that she is a 16-year-old Pakistani-American muslim called Kamala Khan, who experiences a lot of the challenges and tribulations that similar children deal with each day. 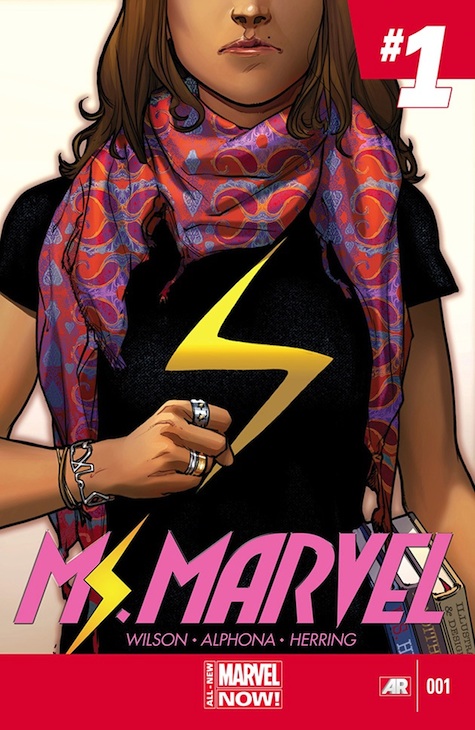 She hangs out at the local convenience store savoring the smells of the bacon her faith forbids her from eating, and has a Turkish-American friend who’s become a “born again Muslim” and changed her name. In just one issue we are presented with something we almost never see: life through the eyes of muslim young people.

Even the art and lettering take on aspects of Middle Eastern film and typography, particularly in Kamala’s daydream sequences, all rendered in a whimsical-yet-realistic style by Adrian Alphona. He created the series alongside editor Sana Amanat and writer G. Willow Wilson for Marvel Comics’ Marvel Now! line. 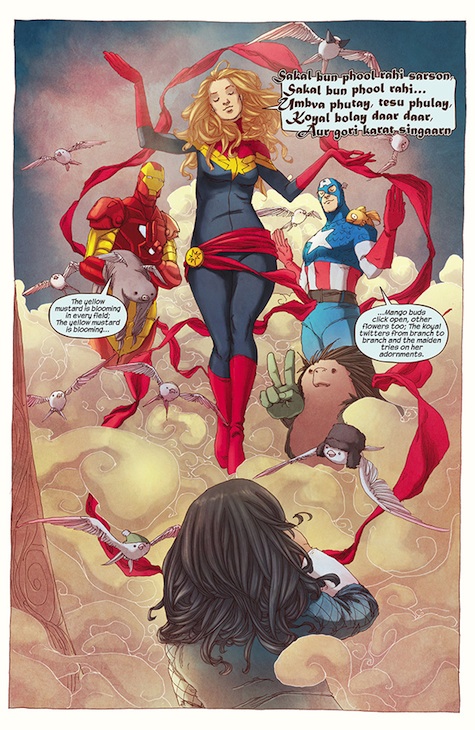 After even the briefest perusal of this work, you can’t help but be impressed by the gentle way the character and her world have been conveyed, and the historical importance of the work itself.

Whether Ms. Marvel makes it to issue No. 2 or not, the fact that it was made at all is remarkable. In an age when East and West remain locked in a stranglehold of mistrust, and what happens in one region can have dire consequences for the other, we can’t think of a more important print piece than one that tears down, however temporarily, the walls that divide us all. 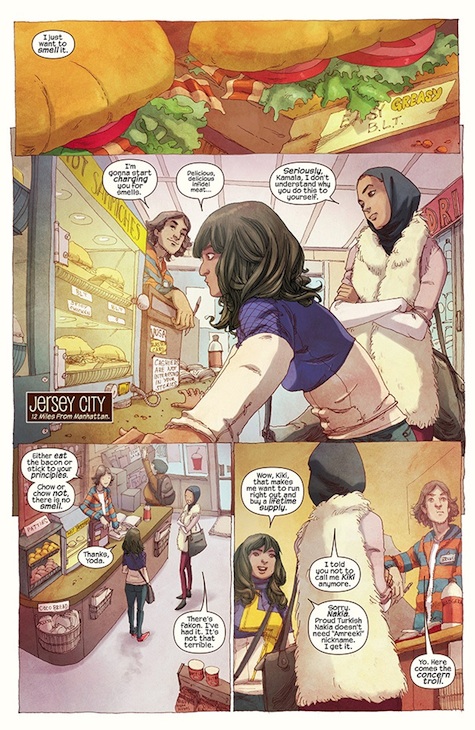