Letterpress Maps of Your City

A good map can show you how to get where you want to go. A great map forces you to see the area represented in a whole new way. Archie Archambault’s (mostly) circular maps rely on lines, circles and type to give you a clean, straight-to-the-point view of 1o major American cities, and Amsterdam. (For the record, those are: Washington DC, Atlanta, New Orleans, Austin, Manhattan, Brooklyn, San Francisco, Boston, Seattle, and his own Portland, Oregon.)

His goal, as he explained it to Slate, is “always the same: to understand and explain the city in the clearest, most concise, clear, simple way possible.” 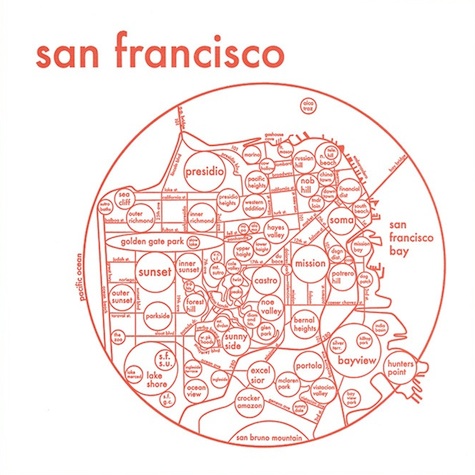