While the U.S. wrestles with the implications of the NSA’s controversial Prism snooping system, one enterprising designer saw an opportunity to promote his services to the Internet world, albeit in a tongue-in-cheek way.

As his introductory slide put it, “Dear NSA, you can do whatever with my data. But not with my eyes. Those slides are hideous.” 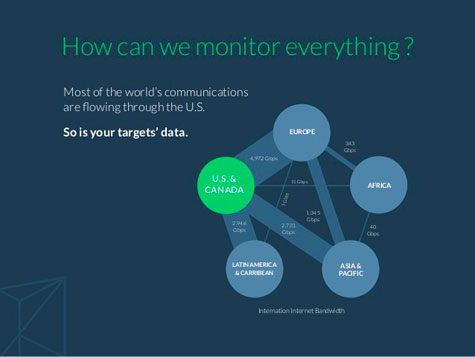