If you haven’t heard the name Anagrama yet, don’t worry, you will soon. The Mexican studio has been quietly developing a reputation in the States and Europe as the “designers’ designers”…mostly because of projects like this one. Paris printer Imprimerie du Marais put out the call to eight agencies worldwide to essentially run wild with their wide variety of printing and finishing techniques by each creating a notebook, and Anagrama took them at their word.

Their approach with Notebook 2, printed on Arjowiggins Creative Papers, was to create a piece that celebrated the complexity and technical nature of the printing process itself.

Using the computer motherboard as the inspiration for the notebook cover, Anagrama used multiple patches of 3D gold foil stamping as a foil for multiple color swatches. The result at first seems entirely random until you begin to examine it closely. As Anagram put it:

“The idea was to take everything to the extremes using every resource offered. The result is a composition reminiscent of an experimental printing test, a printed glitch from a parallel universe, a sudden malfunction, a phenomenon that sometimes creates unintentional but interesting textures with the information a system is using.” 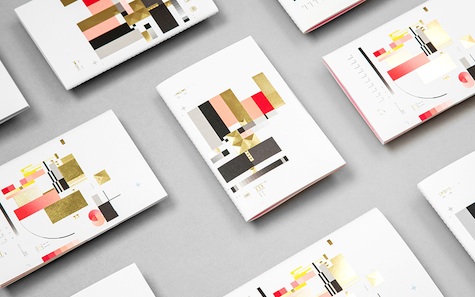 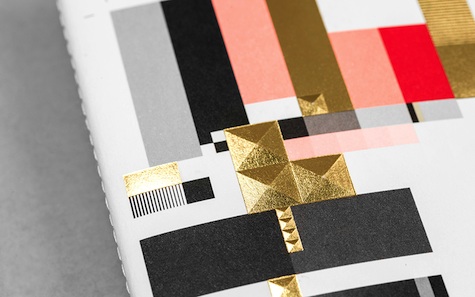 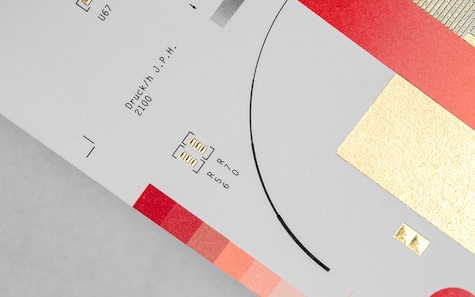 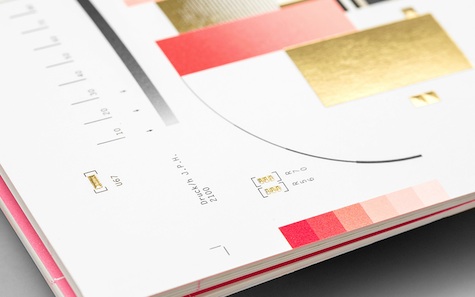